“We cultivate love when we allow our most vulnerable and powerful selves to be deeply seen and known, and when we honor the spiritual connection that grows from that offering with trust, respect, kindness and affection. ~Brene Brown

I’ve been thinking a lot about being vulnerable.

The idea of it, the word, the sound of the word after I have said it so many times that it sounds wrong, like a not-real word word. The hard ‘V’ and then the falling of it all, just before it picks back up in a hopefulness that can only be described as relentless.

I went to a party last Saturday. A big fancy party that cost $500 a ticket. You know, the kind of parties I never frequent. It was a fundraiser for InsightLa. As described on their website: InsightLA is dedicated to bringing the deep joy and peace of mindfulness and compassion to people everywhere. Our commitment is to provide a warm, supportive learning environment, fostering mindfulness and compassion in all our relationships – with ourselves, with others and with our world.

Jack Kornfield was to speak and I had really wanted to attend, so when my client bought me a ticket as an early birthday gift, I was over the moon.

I went alone. ( He said my husband could come but would have to buy a ticket.)

Confession: I felt nervous. I never go to parties alone where I don’t know anyone.

I knew I had to go. Jack Kornfield was going to be speaking!

(Who is Jack Kornfield you ask?)

Maybe you don’t ask, but I I’d like to tell you who he is.

Jack Kornfield is one of the leading Buddhist teachers in America. A practitioner for over 40 years, he is one of the key teachers to introduce mindfulness and vipassana meditation to the West.

I walk in and my client’s home has been transformed into some fairytale palace with lights hanging everywhere and people with vague smiles milling about. People who look like they meditate. And countless servers running around with fancy trays of food (little Chinese take-out containers with soba noodles and chopsticks stuck on top and kale salad and delicate raviolis with spinach inside served with little bitty baby forks.) And very few people drinking wine. It was that kind of crowd.

Naturally I went to the bar and got a glass of Cab. (Or two.)

I sat down on a white ottoman on the grass and pretended to check emails on my phone, with my glass of wine in hand. Because, well because, I felt: self conscious.

I was alone. Just sitting there. Alone.

(Who cares? I hear you saying.)

Or maybe that is me saying that. Regardless, I was acting busy because I felt somehow stupid and exposed being there alone.

(Does thing ring a bell? Has anyone ever felt this way?)

Two gorgeous women looked like they were talking to me, or about me, (with my hearing loss I can never tell.) I smiled at them (pretending I could hear.) They mumbled something so I got up and went over (because I couldn’t hear said mumble.)

Ah! They were saying: We love your red jacket with the leopard print inside!

I proceed to tell them that I was there alone and felt awkward. They told me to sit with them.

And that was that.

We talked all night and I am having lunch with one of them next week.

As I was sharing the story with my husband about how I made two new friends, I realized that I could have just thanked them for the compliment and sat back down. But I chose to be vulnerable and, because of that, I made a connection.

They got it. They’re human. They’d been there before. They recognized my fear or pain or whatever it was, and that was all it took for it to go away. For me to feel at ease.

They knew what it felt like to be at a party and have no one to giving a knowing glance to, to go get a glass of wine for, to whisper Let’s go, I’m bored or This is better than I thought it would be.

I was telling my husband and I realized that a man alone at a party might not (probably wouldn’t) have gone to another man and said he felt like a dork for being alone.

Maybe I’m wrong. Maybe he would have.

All I know is that because I chose to be vulnerable and express myself, I met some amazing women who are exactly the type of women I want to be meeting. If I chose differently I might have had a good time still, but I wouldn’t have made the connection.

Look: parties are weird. And awkward. Especially when you go alone. At least for me.

I am okay with being vulnerable and admitting that “party fact”. That in fact, I hate parties. Period. Even when I do know people.

I wonder how many moments of our lives are missed because we buck it up or stuff it down or make it go away or pretend it ain’t so?

I don’t know. I do know that I am happy I made two new friends. I am proud of myself for going to a party alone (and leaving with two new friends) and for finally hearing Jack Kornfield speak.

I am tired of pretending.

It feels good to cop to stuff.

To admit I am human.

And a beautiful mess.

If you think that’s a cliche: come over.

No, really. Come over. Come see just how messy I really am. How imperfect and full of holes and papers I am. And how the piles of clothes and books and receipts keep climbing the walls of my house. It’s pretty incredible.

I am cleaning it up myself.

And when it gets to be too much I ask for help. That is also me being vulnerable.

At the fundraiser, a woman was imitating her Zen master/teacher, and he had said, when it came to doing the work, to meditating: No one can pee for you. You have to do it yourself.

So I guess what I am saying is this: Be authentic, be vulnerable, clean up your sh*t as best as you can on your own and pee for yourself because no one can do it for you but if you ask for help you may make some connections along the way. You will, however, still have to take a pee on your own.

Photo and poster by Jenni Young of SimpleReminders.com. Click to connect with them!

Yes, I am now a huge huge fan of Jack. Get to know him. 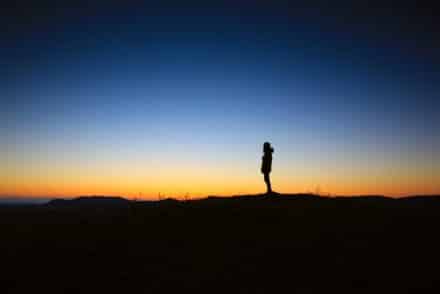 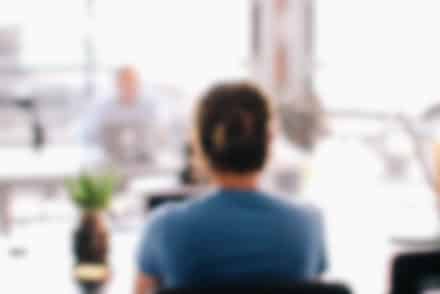