Let Go Or Be Dragged.

I am a fish. A stink ripped fish.

I am like a fish. Maybe an oily carp with a big fat hook stuck in my mouth.

That’s what I feel like when I get hooked. Except, unlike fish, I have no built in mechanism that dissolves the hook. That rusty hook just stays in my mouth and catches on other things, as hooks will tend to do. Its in their nature to catch things.

But I’m not a fish. Let me start over.

I simply get gut hooked and forget sometimes who I am.

Take today for instance. Someone, I have no idea who, commented on one of my essays that it sounded like I plagiarized Brene Brown. And also I’m tired of the blogs that are suddenly rehashing her research without crediting her work. There’s been an explosion of this since her research on vulnerability and wholeheartedness came out.

I read the comment (I should start to get in the habit of not reading them. There will in fact, be loads of people who “hate” my book. I won’t lie and say it won’t bother me so best to just not read them, right?) and right after I read the comment I got in a bad mood. I had been in a great mood before that. I felt the hook dig in and the skin in my cheek rip and bleed all over my day. Ruined. How could she say I plagiarized? I have someone doing that to me and it feels awful. I would never, could never, do this. How and why and how dare she or he or whoever and I love Brene Brown, I would never do that and I am repeating myself

and with a hook stuck in me and who cares anyway?

Pull the hook out. Pull. It. Out. Jennifer.

I remember being obsessed with this one professor I’d had at NYU. He wore leather jackets and washed his hands a lot and he smoked in class. Smoked! And I am not that old. He just smoked. In class. You weren’t allowed, it wasn’t the 70’s or 80’s. But he did it and I sat in the front row and usually had no idea what he was talking about but I had fantasies about him and signed up for his classes again and again. That was where I first learned of the anxiety of influence. The Anxiety of Influence, aside from an idea that permeates my existence, is a book by the esteemed Harold Bloom where he talks in very academic prose about how we are all basically influenced by someone else and that creates anxiety. Yes, he was talking about poets but I would like to suggest it is non-poets as well. It is people. How can we not be influenced, read: inspired, by others. So yes, Mrs. Fisherman who threw a hook in my mouth and then left me to die, I am influenced by Brene Brown but I did not plagiarize her, you nincompoop. What I wrote doesn’t even remotely sound like her. There’s that hook again.

The things that hook me. That hook us. The good, the bad, the ugly.

Look, the things that hook me that are good are what inspires me, and yes, Brene Brown is on that list. I get hooked easily. That’s why I write so damn much. I don’t get thrown back into the river all the time, so I sit at the computer with the hook in my mouth until its in my throat and then, all of a sudden, its gone. Its out in the world and I am better for it.

Then there’s the bad and the ugly. The anxiety. The jealousy. The comparing myself, not only to others but to earlier or different versions of myself. Look how skinny I was back then! Look what she can do! Its bad and ugly because I am not using it to inspire. I am using it to make myself small and pitiful and stinky as a dead fish.

Then there’s the really ugly. What fits in this category: the person who actually is plagiarizing me and how it turns my inside upon themselves until I am left with nothing but flailing hands and a high-pitched voice. The hook got in me so deep that I might die if I don’t rip it out myself with my bare hands.

Perhaps why that comment got me today. The accuser is being accused? How ironic.

Not all the things that hook us kill us. But they fester. I got hooked by a teacher who was way older than me and who had OCD and was bald. I was 19 or 20. I ate puffed air in class and sucked on it for long periods of time so it would last me longer as he talked about Thomas Hardy and here I am writing about him almost 20 years later. He hooked me.

What kills us are the hooks we let kill us. The hooks we let dig deeper and deeper into our flesh until they are part of us and we can’t remember where we began and where we end, we can’t tell the difference between our heart and a crappy piece of metal.

I want to choose more of the things that hook me. I am not a fish. I get some say in the matter.

Let go or be dragged.

Jennifer Pastiloff is a writer living on an airplane. Her work has been featured on The Rumpus, The Nervous Breakdown, Jezebel, Salon, among others. She’s the founder of The Manifest-Station. Jen’s leading a weekend retreat in May to Ojai, Calif as well as 4 day retreat over Labor Day in Ojai, Calif. She and bestselling author Emily Rapp will be leading another writing retreat to Vermont in October. Check out her site jenniferpastiloff.com for all retreat listings and workshops to attend one in a city near you. Next up is Seattle in May and London July 6. (London sells out fast so book soon if you plan on attending!) 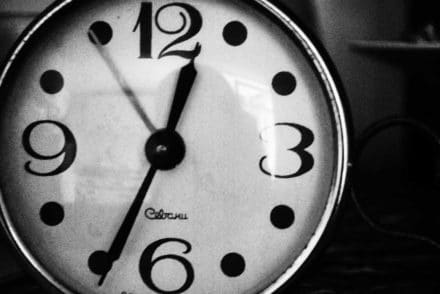 To Be and What Not to Be: On Having Lupus.

Helping Each Other Manifest. It Takes a Village. My Request for Help.

You Inspire Me! Inspiration for the Day.

Who’s Going To Want Me?