Little Seal, loss, Steve Bridges, Things I Have Lost Along The Way

This time a year ago I was leaving Mexico.

I was on a boat. I was on a boat leaving Mexico and if I knew that it was the last time I would be seeing my friend Steve I would’ve asked the boat to turn around and I would have gone back and back and back farther. All the way if I could where nothing was blinding and everything was dark and still in the way things are right before they go bad.

A year ago I came back from Mexico and laid on my sofa feeling pancake flat and Steve texted me I am laying on my friend’s couch and I can’t stop thinking about our trip. I wish we were back there. Wow. I wrote back me too and in my pancake way I stood up and put on shoes to go teach my yoga class but I knew something had shifted, something was gone, and maybe that was why I felt flat or maybe it was natural after a trip like that to feel so much I want to be back. To feel it so much in your bones that they won’t even carry you. They turn you into a pancake. Pancake yoga teacher. Nothing. Flat. Pancake person.

We made videos the night before we left Mexico. Like little time bombs with messages on them that we planned to watch in a year’s time. When it was Steve’s turn he looked into the camera and said, That was fun. Let’s do it again next year. Hell, let’s do it again next month.

He died within the month.

This morning I got the text that I had been waiting for, the one I knew would come today or tomorrow or yesterday. Ronan died. One of my best friends, the beloved writer Emily Rapp, lost her two year old son this morning as I zipped up my suitcase to head for the airport for my Hawaii yoga retreat. His suffering is over she wrote. His short and remarkable life she wrote. I am numb she texted me privately.

Its floating up here on the airplane and I am sure will make it’s way up to my seat if we don’t crash. What happened? How does a mind process this? (I will have the cheese omelette and not the cereal, please.) Ronan died and it’s for the best says the very best intentioned platitudes. My friend Robert Wilder held him for an hour yesterday. I asked him what it was like. Everything he said. It was everything.

What’s it like to hold a dying baby for one hour? One hour in a short life is like ten years in a normal life span. (What is a normal life span?) What’s it like to hold a dying baby for ten years? He got to feel his last little oomphs right there in his arms (imagine that!) and hold his small fingers (maybe he intertwined them in his own?) He got to brush a few hairs from his eyes and pass him back to his grandparents or his mom and he got to feel a life right there in his arms which would disappear in less than 24 hours into That’s it and It’s over but he got to hold that and stop time for ten years because in a dying baby’s life one hour is equal to ten years. He got to do that and I am glad for that. I love him for that. For being there for Emily and Ronan when I couldn’t.

It makes you want to stop lying.

Why lie when this can happen? When a person can be born and then just like that It’s Over, It’s done. He’s gone.

Why tell untruths as if people care?

I keep having this recurring dream where I am driving and the brakes don’t work. The other night I had it again. I was driving in Philadelphia, over the Benjamin Franklin Bridge. The brakes wouldn’t work. I tried pressing my foot into the brake and it only accelerated the car which wasn’t even my car. I swerved in and out of lanes so I wouldn’t hit anyone. It was all my untruths rushing at me. In the dream I somehow made it to safety and pulled out a paper where I had put a big X through a box that said “Brakes.” I had shut them off myself.

The greatest lie that was ever told was that you are safe. It’s the lie I still want someone to tell me though. (Say it to me?)

Other lies have been both monumental and petty but with the news of a baby’s death comes a yearning for honesty. There is nothing else. I love you to all the people I love. I don’t care to all the things I don’t care about, and there are as many as the things I do care about. I am happy. I am not happy. All of it. Truths and lies and some half way in betweens.

Once, on a road trip, there was a deer along Route 70, just outside Cody, Wyoming. His eyes, the color of headlights. He recognized me immediately. (He was no stranger to regret and he spotted mine immediately ). And with his four chambered stomach and eyes on the sides of his head, I knew his type too. The cautious, the time-takers, the digesters.

Unlike him: I am impulsive as a flood.

But we knew each other, me and that deer. For the ten years or two seconds he stood there in the road in front of our car.

A basic law of the universe: the implications of what’s been said always mean more than what actually has been said. My deer understood this algebra, this economy of language and therefore didn’t say much. Me: I spit it out as I feel it when and if I feel it. Unlike my deer, I do not contemplate my cud.

The lies I have told have mainly been to myself but others have been to save face.

There is no more of that. Do you get what I am saying? It doesn’t matter what anyone thinks because once you have held Ronan in your arms for ten years or one hour you see that what is important is the life we make, right here and now. You may not have been the one holding him in your arms for ten years but you get the metaphor. You get the as if. You can almost smell Ronan in his baby old man smell.

The life you make here and now. Not the lies or the I dropped out of college because I was half dead and freezing but I will lie about it so you don’t judge me. No one cares. It does not matter. It’s the life you make here and now because after you get the text that he dies you realize that all you ever had were the moments of holding him, the minutes with Steve in Mexico, the half-seconds with people you love.

I don’t know how fast it feels at the end, but my guess is that it feels like ten years.  Or maybe 6 months. Maybe less or more. But it won’t feel like much. It will feel like all you had were breaths and moments and a few snapshots with the sun in your eyes there like that. You will squint to remember the way the light felt in your eyes, to recreate that, and, everything else that was blinding and bright and yours.

I love you. The words alive like velvet antlers. Words made of bone. They need a way out! I must speak them. I must tell no more lies. The life that you make here and now. Here and now.

The old deer had made it through once more, one more near miss across an ocean of cars, a scuffle of rain and a sky full of mistakes. He’d found a pair of eyes (mine!) to lock into before going back into the world, alone and foraging.

Emily and Ronan. Order her book by clicking the picture. 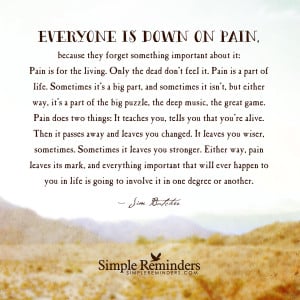 Jennifer Pastiloff, Beauty Hunter, is the founder of The Manifest-Station. Her work has been featured on The Rumpus, The Nervous Breakdown, Jezebel, Salon, among others. Jen’s leading one of her signature retreats to Ojai, Calif. over New Years. Check out jenniferpastiloff.com for all retreat listings and workshops to attend one in a city near you. Next up: South Dakota, NYC, Dallas, Kripalu Center For Yoga & Health, Tuscany.She is also leading a Writing + The Body Retreat with Lidia Yuknavitch Jan 30-Feb 1 in Ojai (2 spots left.) She tweets/instagrams at @jenpastiloff. 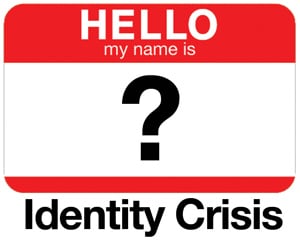 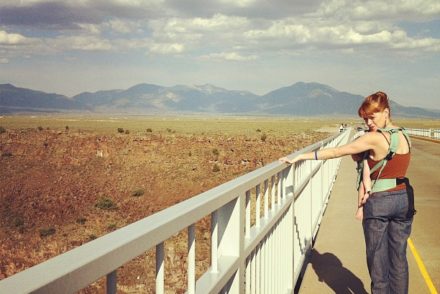