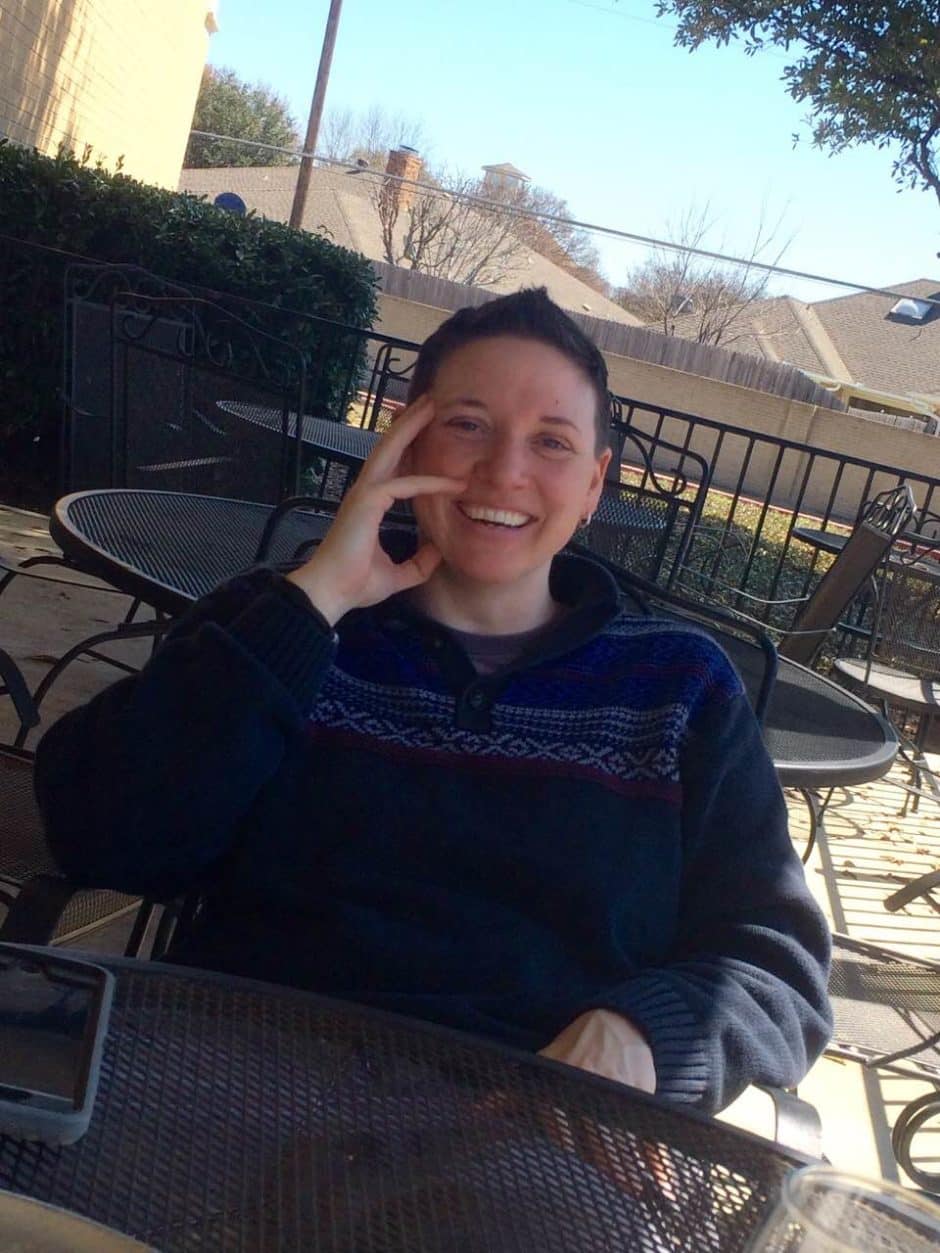 This morning I watched Taryn Brumfitt’s video. I have watched her video more than once and read her words over and over again. I applaud her as I know many women do. However, I wondered (as I do every single time I watch body positive videos and read body positive articles) why their message doesn’t seem to translate to me. Why don’t I feel what my head tells me I should which is: Your body rocks! I look at my soon to be wife and think my god, she is stunning. There isn’t a thing I would change about her. And I know with fierce honesty that as her body changes through life, I will always be attracted to her physical beauty.

But why does this not translate to me? Then, I realized something. Women like me are kind of left out of the body positive equation. Not intentionally, but because no one notices.

I am androgynous. I identify as androgynous. This is not the same as gender fluid. I identify female in every way, but I prefer to express myself in androgynous ways. Every time I wear women’s clothing, I feel like I am in drag. Flip side to that coin is every time someone calls me “sir” it bothers me (I get extremely embarrassed for the people around me). I began to wonder how that affects my body image. Then, I started looking at what visibility androgyny, specifically for women, has in society. Every single image I found was of waif thin women. There were no “normal” sized androgynous people: male or female. And it occurred to me with the force of a jet plowing into my very ample chest: curves “give away” your gender. Being a regular size and having curves means that others see me as a masculine lesbian, not as an androgynous person. I hate the word “butch.”

My androgyny has always been a liability. In lesbian relationships, my partners have always liked that I am more masculine. However, if I pushed the line of gender expression too far, they felt I was trying to pull them into a illusory hetero coupling. They all left (though J calling it quits was because I was an ass). An ex was transgender. We began our relationship long before his transition. My androgyny helped him anchor into an identity (lesbian) that at least got him a smidge close to who he felt he was. Once he was able to accept his true gender, he transitioned. With every step of his transition, our relationship was easier to navigate the more socially accepted feminine I was. When I would wear skirts and makeup and tight girly shirts, he was nicer to me. When I would hang out in my jeans and tshirts and cut my hair, the more distance and tension and anger existed. The more androgynous I was, the more true to my own self expression I was, the more emasculated he seemed to feel because the more “butch” he felt I was…not androgynous. I hated my body. END_OF_DOCUMENT_TOKEN_TO_BE_REPLACED