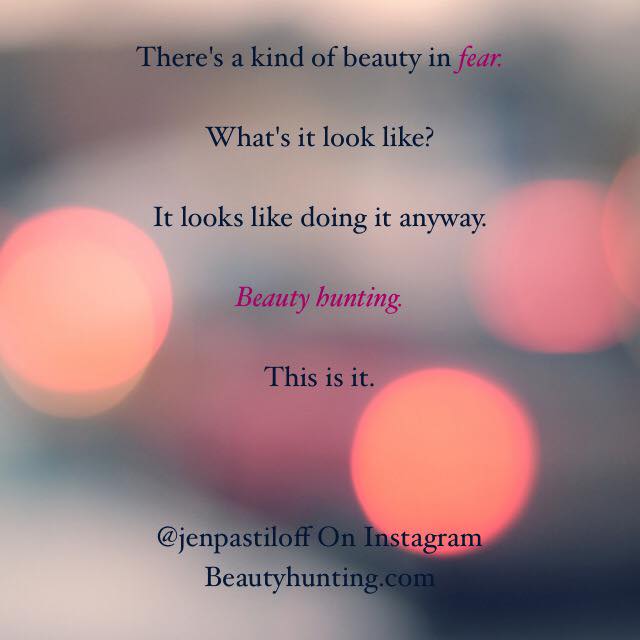 This was my status update on my Facebook just now but I thought I would share here since some of you crazy (read: smart) kids are not on Facebook:

Let me tell you about stepping out of your comfort zone and fear and being ballsy and what that looks like to me.

A few years back I started doing these workshops which have since morphed into something else entirely. I have no idea what to name this thing. What to call it. It’s not really a “yoga” thing but I do it at yoga studios and we sit on yoga mats.

It’s not really a writing thing because you don’t have to be a writer or even like writing, but we write.

And we share. And we laugh. And we cry.

And like, how do you describe that? How do you say, call up a studio in Chicago and say, “Hey, I want to come do this thing I do there at your place. I can’t really describe it. You’ll just have to see for yourself. People will come. Trust me.”

And I mean, there’s a deep knowing that I will sell it out (but there’s also the other part of me that’s like, “OMG, you have never been to Chicago or Vancouver or whatever city it is. Who do you think you are?”)

I do not listen to that voice for very long. I put on my big girl panties and shut that voice up and carry on with my cup of coffee and hush that little voice that says, “How dare you create something that is not definable and expect people will show up?”

Why do I hush that voice?

Because I did do that. I am doing that.

Is it scary as f*ck? Yes. END_OF_DOCUMENT_TOKEN_TO_BE_REPLACED