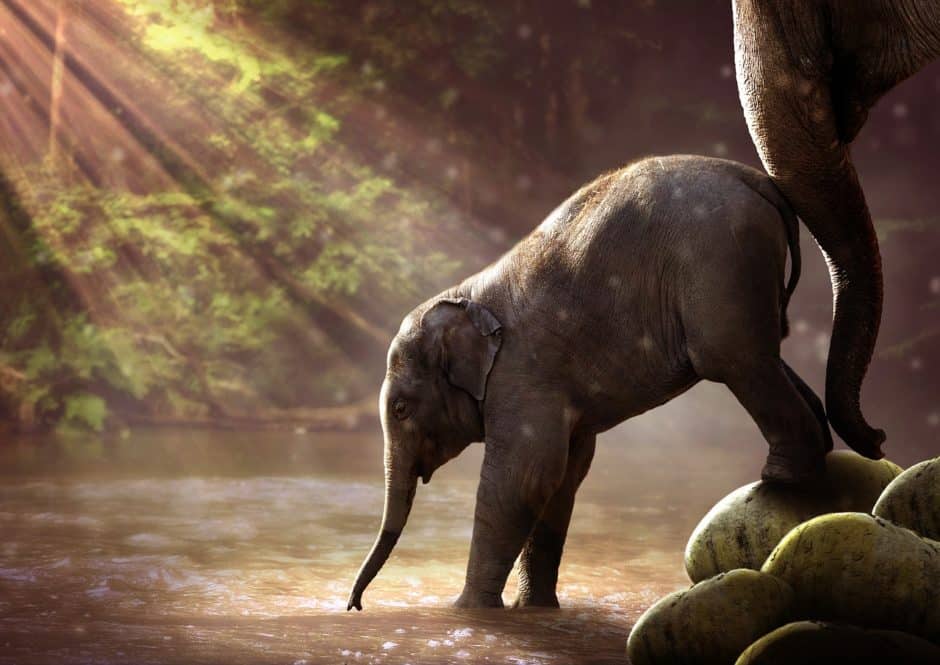 You know the story of the blind men and the elephant? They’re trying to figure out what this creature is in front of them. Each of the men feels a different part of the elephant, the trunk, the foot, the tail, and describes the elephant based on only that one part. They each come up with wildly different ideas about what an elephant is, and not one of them sees the big picture, the whole elephant.

My elephant is only 3 feet tall and 35 pounds, yet this story is still true.

Like many people, I make up stories and make metaphorical leaps, from an elephant to my four-year-old daughter, without even thinking about it. My mind is a runaway steam engine—I can’t help thinking of that image—and metaphors are the coal.

“The way we think, what we experience, and what we do every day is very much a matter of metaphor,” write George Lakoff and Mark Johnson in Metaphors We Live By, the seminal book on thinking in metaphors that was published in 1980. We tend to speak and think in metaphors without being aware of it and without stopping to think about how our metaphors are guiding us, but they are, Lakoff and Johnson insist.

Studies have shown that by thinking about the story of the blind men touching the elephant, it’s as if I’m actually touching the wrinkled and rough skin of an elephant. In other words, metaphors are stored in the same part of the brain as the things they represent: the idea of kicking the habit stimulates the same motor area of the brain as kicking a ball does. Metaphors are deeply embedded in our minds, and they’re linked to the most basic human functions. END_OF_DOCUMENT_TOKEN_TO_BE_REPLACED