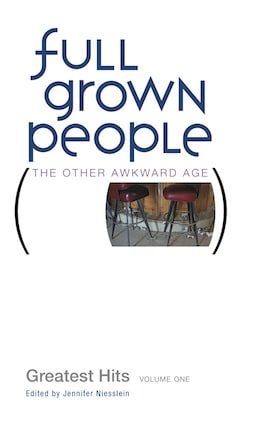 Resolve, The National Infertility Association of America, lists a variety of emotional and physical symptoms in response to not getting pregnant when you want to get pregnant. They include but are not limited to:

Yet in the nearly three years it took me to conceive, along with over $22,000 in home-refinancing and credit card debt, I also acquired the following:

Much like infertility, shoplifting requires a certain kind of seat-of-your-pants creativity. Some seasoned lifters, for instance, line empty bags with aluminum foil to get past the door sensors; others rig bags with springs or wear enormous coats with hand-sewn secret pockets inside. Whatever the method of concealment, though, recreational shoplifting has long been considered an archetypal feminine vice, an impulsive pilfering of the phallus and the mirror image of castration anxiety. Secreting a skin cream in the feminine folds of your purse couldn’t be more obvious in this respect. Or imagine a necklace up your coat-sleeve, its laminated price tag held fast like a nascent IUD. Think about the fact that just this year in a South Carolina outlet mall, they arrested a woman with over $1700 dollars’ worth of stolen clothes in an empty infant car seat. END_OF_DOCUMENT_TOKEN_TO_BE_REPLACED