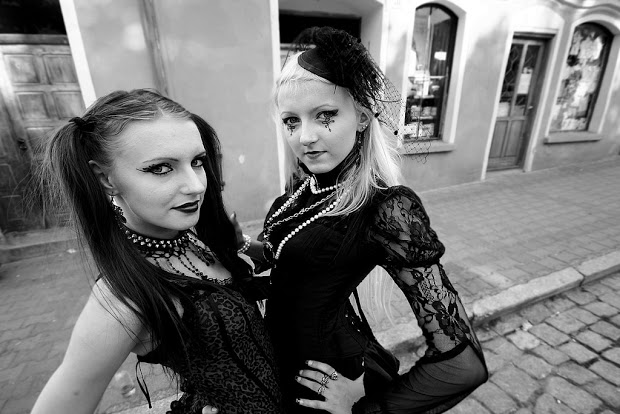 In the midst of a glaring summer, I see only black. I’m striding through aisles of colorful, racked clothing that normally might provide hours of distraction—but today I am focused. Not even my girlfriend who part-times at the outlet mall can regale me with her usual gossip. I’m on a mission, I explain, for a funeral dress.

I must be absolutely perfect for my grandfather.

Granddad was 91 years old when he decided to stop treatments for leukemia. Precisely according to his wishes, hospice was called, along with the longtime family minister and his five children. We all agreed that he was lucky to pass so quickly. Grace, dignity, and good fortune—the hallmarks of Granddad’s life—reigned until the very end.

Mom called me to deliver the news and was, amid her mourning, surprisingly pragmatic. She and her siblings had (per their father’s wishes) already been sorting his belongings. What did I want, she asked: hand tools? whiskey tumblers? One of his paintings?

“Clothes,” I replied, without hesitation. Why?

END_OF_DOCUMENT_TOKEN_TO_BE_REPLACED 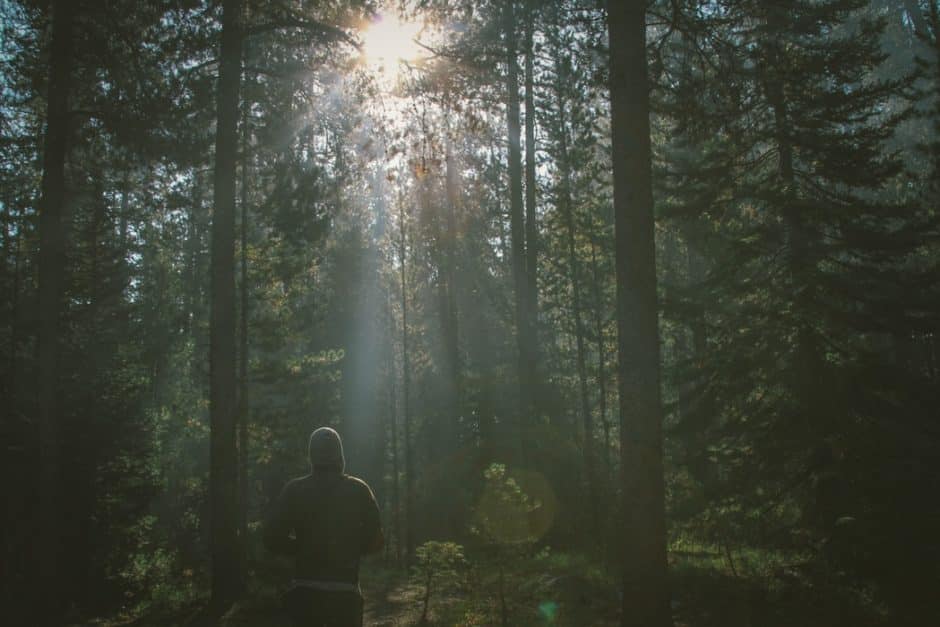 I wasn’t sure my grandfather was going to be aware of what was going on when I read to him from my novel. As I share the words I’ve written, he laughs at my narrator’s self-deprecating humor twice, and that’s how I know that he understands me. After I finish, he struggles to find the words to tell me what the story is about.

My sister and I take guesses at what he’s trying to say. Melancholy? Melodic? He shakes his head no. I never find out because he trails off and stares up at the ceiling. I hear the churning of the oxygen machine, see the silent face of Clifford on the TV screen, the show on mute.

Finally, just when we think he’s asleep again, he says, “You have a gift with words.”

Three hours later, I’m sitting in the front lobby of the hospice, watching the sun set over snow-covered roofs and bare trees. I’m thinking about how my grandpa barely knew me, only saw me once or twice a year when I visited St. Louis, yet he supported my dream to tell stories and have them heard. He helped me pay for grad school so I could study writing. But I’d never shown him any of my work until today.

There’s a whir of sliding doors behind me. Murmurs of nurses and patients down the hall. Clean couches, bright lights, my mother beside me talking to someone on the phone and complaining about his treatment, the sky dimmer, deeper, darker.

END_OF_DOCUMENT_TOKEN_TO_BE_REPLACED

I haven’t had that many goodbyes to speak of, but I can tell you straight off the bat that I am not a fan.

They feel final and long, drawn out. Overdone. Severe as winter and hard as bone or something like that. Something that can’t be chopped into smaller pieces or fed to the dogs. At least the goodbyes that I have known were like that. Awful in their lack.

I have never stopped saying them either. Goodbye to my father, goodbye to this or that. I am always saying goodbye to you and yet here you are.

Of all the people that left me, none of them said goodbye. My father, gone. Up in a whiff of smoke. Boyfriends, like they’d never even existed in the first place. Men in the ether. Friends who vanished. No goodbye, no note, no I’ll see you around.

Last week at the airport I saw this little black girl in the back of a mini-van, hair in braids and little plastic barrettes. Her father, (I am guessing) came off the same flight as I did from Boston. He opened the back door and leaned in, up close to her face. She started to cry. She was so happy that she actually started to shake and cry.

The kind of emotion you see in those moving YouTube videos where the father returns from Iraq or Afghanistan and surprises his kid at school. He walks into the kid’s second grade class and as they are writing letters on the board he speaks his kid’s name. The kid drops the chalk and the eraser and his shoulders shake before he turns around because he thought he might be saying goodbye to his dad yet here his dad is. Right here in his classroom on a Monday in winter. He cries the happiest tears and runs and hugs his dad. The little girl in the back of the mini-van was like that boy with the chalk. Maybe she thought she’d never see her dad again, if it was even her dad, and yet here was, his big face peering into hers and his suitcase filled with presents from Boston or wherever.

I thought for sure he would climb in and sit in back with her. He didn’t though. He got in the front and turned to face her and she wiped the tears and the woman driving the mini-van drove them off. Goodbye.

The dirt river feeling in my stomach when I leave London and my husband stays back to be with his parents. That piece of the river that doesn’t move, stagnant water sleepy and half-frozen and useless as a complaint. That’s my stomach on that flight from Heathrow. Gurgling and moving the bits of trash upriver and downriver and back up again as I sip a wine and watch England fade away. Goodbye.

What if it’s the last time I see you I say out the window to England, to my father, to the men in the ether.

Before the men who left me slipped into the oohs and ahhs at my sudden givings over to pain, to confusion: Wait! Where is my father? (I am always dreaming of my ghost-limb, my old battle wound, gaping.)

Oh Night! Take me back! I yell often to the wing of the plane but not loud enough for anyone else to hear. Just a whisper-yell.

I want to be back in the world between the headboard and the wallpaper, where my head presses to the vent and voices from the den travel up into my ears as small as baby fists.

Sail me into time! Maybe the hot tail of a meteor or a field somewhere in South Jersey. Say 1983.

Drop me into a world before men: the Pre-Man Era. A glitch in time before men started in on me, before their fingers started in-all over me.

Before any could leave or not say goodbye.

Goodbyes suck. They insinuate this is it. They suggest No more.

Here is an open letter saying Goodbye for all the future goodbyes headed my way.

Dear whoever you may be,

Goodbye. I may have loved you and I may not have but this here is my goodbye in case you decide to leave or die or whatever. In case you forget. In case you thought I didn’t need a goodbye. Take mine as an offering. Take this as a small gift and know that you served me in some way. Just your presence in my life did that. I hope I served you just as well. We may not be able to see it now, what the good of it all was but still. Maybe you won’t even hear this goodbye. Maybe you died in your sleep. But still. I think somewhere you can hear it. I will sail this letter off and if possible I will literally stick in into your palm. If that is not possible I will deliver it in some way, even if that means through my imagination. I will make it short and simple and easy as a summer day. Imagine that? Goodbyes like butterflies. Goodbyes like falling. Like falling into the empty space in between rifts of a song. Imagine that? Goodbye, whoever you are. In case your forget. Or I forget. And if you come back and it’s me in the back of that min-van I will cry because for the longest time I might have thought you’d never come back.

And yet. There you are.

But in case you don’t: goodbye.

People Magazine says: Jennifer is changing women's lives through her empowerment workshops. Cheryl Strayed says: Jennifer Pastiloff is a conduit of awakenings. Lidia Yuknavitch says: Dear Jen, From you I have learned to alchemize fear with love, to redistribute love through compassion, to enter a room with others. Jen leads her signature Manifestation Workshop: On Being Human all over the world & online. Information about events and workshops can be found at JenniferPastiloff.com. Her memoir <On Being Human was published by Dutton Books in 2019. When she is not traveling she is based in Los Angeles with her husband and son and a cup of coffee. Follow Jen on instagram at @jenpastiloff or Facebook at Jennifer Pastiloff. She is also the creator of @nobullshitmotherhood and @gPowerYouAreEnough on instagram. Her motto to live by is Don’t Be An Asshole. She evens owns the URL.