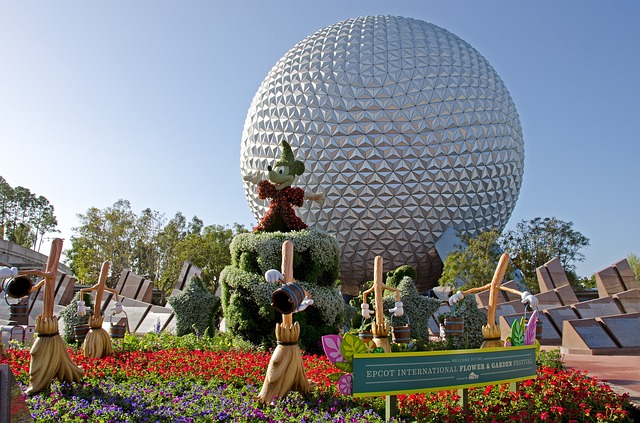 Mickey Mouse ears and divorce. Probably not an association the relentlessly family-friendly Disney would appreciate, but — with apologies to Walt — one that was cemented for me during a summer years ago and resurfaced recently, when my dad unearthed some architectural drawings of the prenatal Epcot Center.

My complicated relationship with Epcot — well, to the extent that a geodesic sphere and a 5-year-old girl can engage in a “relationship” — began in the early ‘80s. Epcot was a pretty young thing on the eve of its international debut, a stunning 160-foot diameter dome hovering 14 feet in the air in Orlando, Florida. I was a cute pre-K kid on a post-divorce junket, a little thing awash in dreams of pirate boat rides and spinning teacups, 3,000 miles from my hometown of Oakland, California.

I had only just joined the ever-growing ranks of the “children of divorce.” This was the trendiest club in town at a time when the U.S. divorce rate hit its all-time high. But in an age when many parents followed up their separation announcements with a balm of Cabbage Patch dolls and Barbie playhouses, I had something going for me the other members of my not-so-exclusive fellowship did not: My father was the project architect on Epcot.

When my parents sat me down at our kitchen table in the summer of 1982 to say that their marriage was over, there was major upside to the news — the next day, I was going to the Magic Kingdom. I knew something “bad” was happening, but a trip to Disney World? Come on! What could be better than that?

As it turns out, a lot. END_OF_DOCUMENT_TOKEN_TO_BE_REPLACED