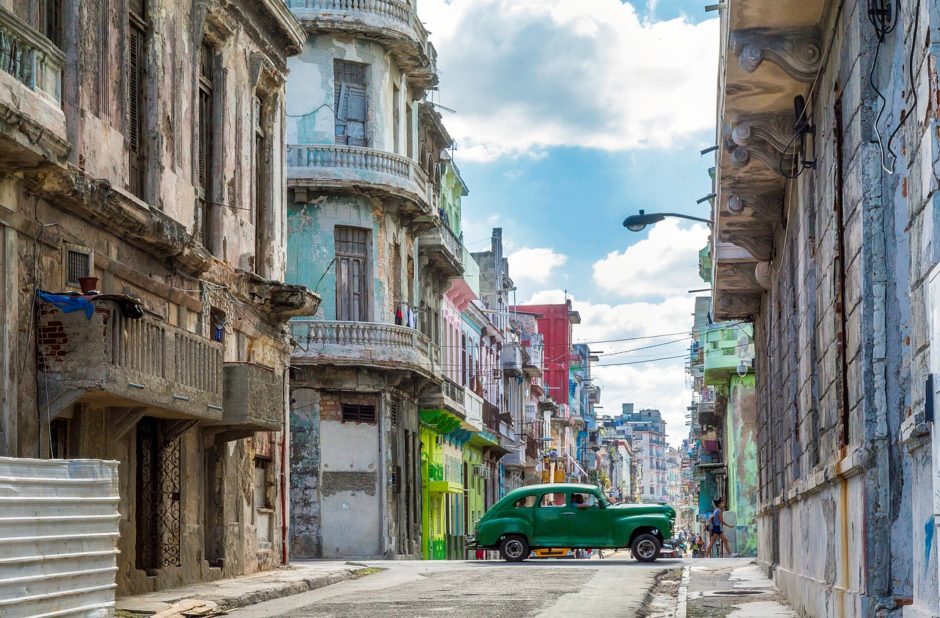 When my Cuban–born mother married my much older American father, she was thrilled to say goodbye to the cold-water flats and acrid subway stations of the Brooklyn to which she had immigrated. Over a half-century later, I walked the streets of Havana where my mother had dreamed of a rich life in America. Her fantasies of a star-spangled, Doris Day-Rock Hudson life included the two-story colonial in suburban Connecticut in which she eventually lived.

A pregnant woman answered the door and I stepped into the small, dark place that almost certainly had not changed since my mother lived there. The four-room apartment was crowded with maroon brocade furniture. A big screen television, the focal point of the living room, broadcast in garish colors and ran without the sound. Like my parents’ bedroom on Asylum Avenue, the place felt existentially noisy with so much stuff crammed into that small space. The furnishings were obviously gifts that their relatives in America brought them. END_OF_DOCUMENT_TOKEN_TO_BE_REPLACED