The Seven Stages of Alone

Like most roads to hell, it is paved with vision boards. Watered with four-dollar wine, and the metaphorical blood of the men who have “wronged you.” There is at least one volume of sad poetry; probably bought on impulse while waiting in line at the bookstore, impossibly dense text in one hand (“I’ll finally have time to read Kafka!”) and a cheap spiral notebook in the other. Later, you will label this your “INTENTION JOURNAL,” and stare at it each night before going to bed; with every intention of cataloging your intentions, but instead, watching four hours of Lifetime original movies. Which like most roads to hell, are paved with vision boards.

It’s a Nicholas Sparks world, and we’re all just buying tampons in it; and at some point, you probably meant to be here. You probably caught a movie (or twelve) that taught you that, to live the life of your dreams, you must have one of two things:

And at some point, the sea of boyfriends inevitably parts; in its place, their echoey chorus of “I’m just not ready” and the expanse of that which you always thought you thought you wanted: Alone. With no end in sight. A space that, while sanctioned by sitcom, remains exhaustingly absent from the cultural consensus on womanhood. Everyone tells you to spend time alone. No one seems to understand, nor believe, that you are.  That the beast of your life leading up to this point, every dream you had for the people you’d loved, has sunk its teeth into your apartment. Noticeably absent of exposed brick. Likely missing several essential qualities, such as street parking, and glue. END_OF_DOCUMENT_TOKEN_TO_BE_REPLACED 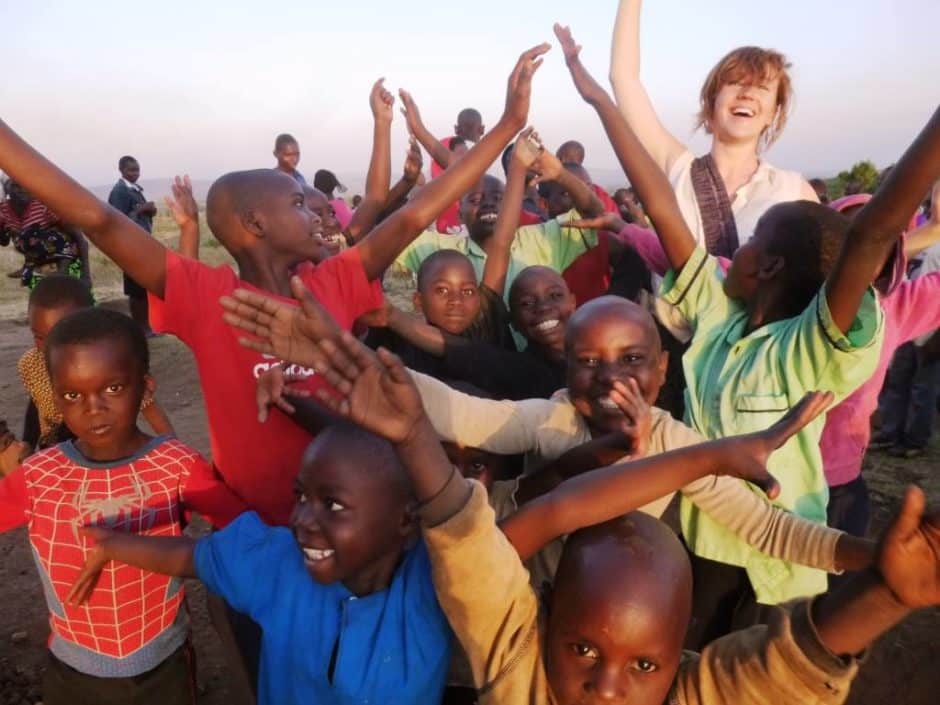 By Jenna Tico.
When you step off the plane in Rwanda, the air smells of fire. That’s what they don’t tell you; they, meaning the countless guidebooks delineating which sandals to buy (orthotic, waterproof), which bug spray to slather (to DEET or not to DEET?), and how—in moments of inevitable gastrointestinal agony—to avoid bringing home any parasites. Handmade paper beads, yes: parasites, no. Yet for all of their guidance, not a single text captures the feeling of landing on African soil, the pungent earth squishing beneath your sandals (orthotic, waterproof) as the nighttime air clicks with voices and insects. Not one of them speaks of the smell, of the sticky-sweet heat that seeps into your pores as you step on the tarmac, knowing full well that you’ll never again feel what you felt like Before.For as long as I can remember, I’ve had a traveler’s soul. Before I ever left the United States, gathering passport stamps like badges of love, my brain had one foot out the door: and before long, that pull became inseparable from volunteerism abroad. At a Liberal Arts college, the only thing more common to hear than “God, I’m so TIRED” was the ever-present game of charity poker: I see your volunteer trip to Haiti, and raise you an orphanage-building in Chad. For a young girl who knew only that I needed to go—and from that forward motion, hopefully enact some positive change—this was a strange phenomenon. Moreover, it was stifling: to disentangle desire from the pressure to look good in a letter, smiling-but-not-smiling as a smattering of indigenous children sit stoically by, was daunting. Tongue-in-cheek articles glared up from The Onion, “6-Day Trip to Rural African Village Completely Changes Woman’s Facebook Profile Picture!” and I lost what I’d not known I’d had: Truth. Clarity. Innocence, and the genuine drive to connect.

So I did what I always do: I danced. END_OF_DOCUMENT_TOKEN_TO_BE_REPLACED