A Tree With Deep Roots 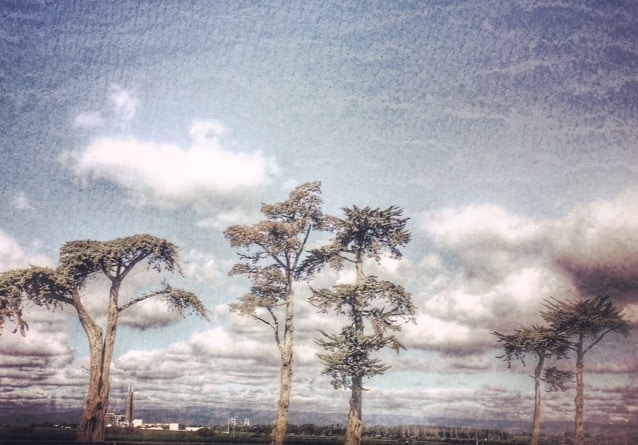 They say that when you become a parent, you either copy your own parents or go in the exact opposite direction. Instead of vodka bottles and guns and anger, I would fill my family’s house with crafts and dinner and warmth. Instead of skittering cockroaches, an occasional errant spider, which we would gently catch in a jar and release outside.

Our cat would be a part of the family and not casually thrown against the wall. I would have a cat to begin with. I would allow a small creature, and later a larger more dependent creature into my house, knowing I have never experienced living in a reliable and safe environment. Would I know how to do it?

My husband and I are taking down a great big poplar tree in our yard. Well, we aren’t; we are hiring professionals. It is a tall specimen, probably one hundred feet tall. It stands sentinel over the neighborhood, watching guard over our house huddled beneath it. When we moved in, the inspector said it had to go.

Poplars have an extensive and shallow root system. The roots can grow outwards to a distance of two or three times the tree’s height. It could fall and take out our neighbor’s garage at the very thought of a storm. In a gust, its branches could shoot to the ground and impale someone walking by. It could creak and moan and then crash down into our daughter’s bedroom. It had to go. Of course taking down a great tree such as this one is not cheap, nor easy. After every wind storm we would look up at the beast and marvel that it was still upright. Its trunk and upward facing branches, nearly as tall as the tree itself seemingly too scrawny to uphold anything, no less act as protection.

This yellow leafed menace stands in a corner behind our house, not five feet away. Its roots surely have spread under our house. Surely there is some support it is providing. It is not only a danger. Right? END_OF_DOCUMENT_TOKEN_TO_BE_REPLACED