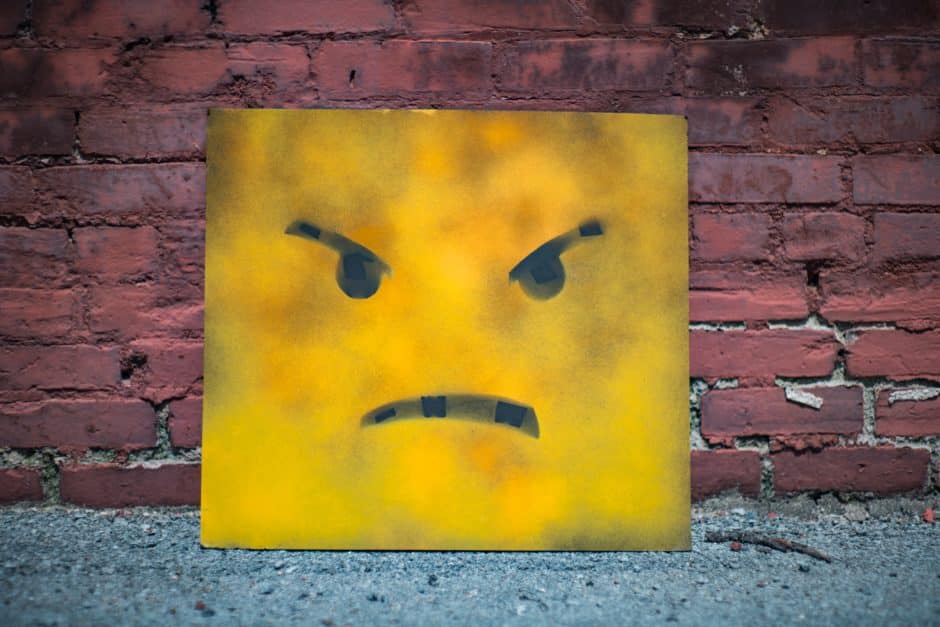 No one likes Karen. She’s loud and obnoxious. Entitled with a capital E. When she was just an annoying Soccer Mom, we could roll our eyes and move on. But now that racism has been added to the mix, the stakes are much higher—sometimes life-and-death high. So, white women who don’t want to be identified as Karen have upped our game too — we’ve moved from eye rolls to spewing outrage on social media.

Instagram posts call Karen out. There are several Facebook groups set up specifically to bring her public shame. One Twitter account @KarensGoneWild has just under 40,000 followers and new videos posted daily—a modern version of flogging in the public square.

But the biggest problem with Karen is that she lets me off the hook. Labeling someone Karen immediately makes her the other. I hold her at a distance, express fury at her behavior — while breathing sighs of relief that she is not me.

I harbor a fantasy of wearing a sign exclaiming, I AM NOT KAREN. But this fantasy is just another flag of privilege, the right to claim my individuality without repercussion. Maybe I have more in common with Karen than I think.

Still, my feminist brain rails against the fact that Ken, Kyle, or whatever social media has named Karen’s male counterpart, has dodged the spotlight. But my heart aches when I witness the ways Karens use their perceived gender weakness to their advantage regarding race. Karen plays the 21st century damsel in distress, calling on her new knight in shining armor—the man in blue—to come to her aid against people of color, simply because she can.

Take the San Francisco Karen, aka Lisa Alexander. She accused James Juanillo, a Filipino homeowner, of defacing another person’s property because he’d written Black Lives Matter in chalk on a retaining wall in front of a home. Alexander didn’t believe Juanillo when he told her it was his home. She called the police. Then there’s the North Carolina Karen, an employee at Hampton Inn, who called the police on Missy Williams-Wright, a Black woman with her two young children, for trespassing at the hotel pool. Williams-Wright and her children were guests staying at the hotel.  And, no one can forget the poster child for Karen—New York’s Amy Cooper.  When Christian Cooper, a Black man birdwatching in Central Park, asked her to leash her dog (dogs are required to be on-leash in that section of the park), Amy pulled a no-holds-barred Karen: “I’m going to call the cops and tell them there’s an African American man threatening my life.” She did. Luckily, Christian videoed the whole interaction.

It’s not the distressing amount of public shaming that I object to in the Karen meme. Attention must be drawn to those who use their power to harm others.

But when white women use the meme Karen, it’s as if they’re wearing my sign, telling the world She is Not Me. That’s not exactly true. Doesn’t some aspect of Karen live in every white woman in our country? Given our socialization, can any white woman claim she’s totally escaped Karen’s insidious grasp?

There have been many times I’ve heard racist jokes and kept quiet. I wanted to avoid being dismissed as a killjoy, judgmental, or holier-than-thou. I’ve told myself, at least you didn’t laugh, and patted myself on the back for distancing myself from those friends and family. But that’s walking the coward’s path, evading confrontation or even a dialogue.

If I’m too afraid to call someone out at dinner, then directing my rage at Karen is ridiculous. I can retweet all I want from the comfort of my home, but had I been in Central Park during the infamous Karen episode, would I have seen the encounter for what it was? And if I had, would I have viewed the conflict as my problem too? I hope that because the stakes were so high, I would have stepped in, stood up for Christian and stood up to Amy, but I’m not sure I would have seen the injustice as my fight.

That’s what happens when we make Karen the other. It relieves the self-identified non-Karens among us from taking responsibility.

“Some are guilty. All are responsible.” Rabbi Abraham Joshua Heschel said in 1963 at a conference where he met Dr. Martin Luther King Jr. Unfortunately, we have not learned the lesson of his words. While most white women are not personally guilty of explicit racist actions, our indifference and/or unconsciousness to how our whiteness benefits us on a daily basis is a responsibility we all must bear.

The last time I was in Florida, I shopped in Walmart on several occasions. Each time, I passed employees posted at the exits, who checked customer receipts, making sure no one walked out with unpaid merchandise. I had my receipt in hand but was waved off with a smile and a “have a nice day.” I noticed, however, that every person of color I saw leaving the store got no such pass. Their receipts were examined.

Karens have long been denigrated for their entitlement, for their demands to “speak with the manager.” My Walmart experiences presented me the perfect opportunity to talk to store managers about racial profiling. I should have used my privilege to stand up for what’s right. But I did nothing. Maybe there should have been a video uploaded on Twitter of me.

Racism and injustice can only thrive in the soil of indifference and inaction. It’s time for white women to consider our actions—and inactions—and make changes. It’s time to put our own Karen to bed.

Diane Gottlieb, MSW, MEd, received her MFA from Antioch University Los Angeles where she served as lead editor of creative nonfiction for Lunch Ticket. Her work has appeared in The Rumpus, The VIDA Review, The Hedgehog Review Blog, Hippocampus Magazine, Brevity’s Nonfiction Blog, Entropy, among others. You can also find her bi-weekly musings at https://dianegottlieb.com.