And So It Is, Letting Go 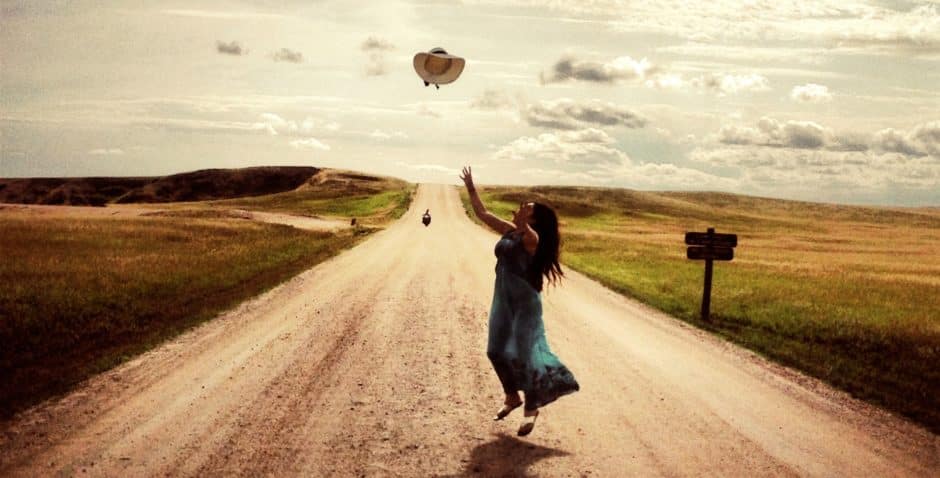 It should be the name of a season. Or a day of the week, at the very least. Saturday, Sunday, Monday, and Then It Was Time To Let Go.

And then it was time to let go and I felt my arms floating back to the sides of my body like weightless things and all that I had been clutching fell onto the floor where I watched them fight a little then give up, as things tend to do.

I’ve been on this mission to get on Oprah. Her SuperSoul Sunday show. At my last retreat, the transformation was so profound, the connection was so deep, I knew: Oprah must know of this work. I couldn’t think of anyone else with the utter scope and reach of Oprah.

I wanted Oprah. I decided it. I made it so.

I told everyone and a campaign was started and people were tweeting Oprah and her people and I could feel the buzz of This is happening in the air, at least through the ether of the internet. And that buzz felt good. It felt like the excitement of your dream hanging between you matter and you don’t matter.

Everyone wants to think they matter.

And don’t they? Doesn’t that guy that hangs out in the parking lot of Whole Foods with the sign that says Anything Helps matter? Even though you can’t look at him anymore because he’s been there for years and come on, it’s been years, why don’t you have a job, Man-In-Whole-Foods-Parking-Lot? But he matters and we give him food or a couple bucks or maybe not, maybe nothing, because we have been giving him money and food and guilt for what seems to be too long and he has had that same sign for years and then it was time to let go.

But he does matter.

He matters. Maybe he had a wife once or a kid and a house with a broken door and a job at this store that sold tiles, but who knows, we’re busy, there’s a line of cars trying to get out of the parking lot and if everyone stops and rolls down their window to give him their version of anything then everyone will be late and the traffic will get jammed but be not mistaken; he matters.

When our dreams hover right there at that spot where they feel as if they could go this way or that, and, this way means: I’ve made it, I am somebody. And that way means: I am invisible, most start pushing for this way. For the I made it. I matter.

I am not sad nor do I feel stupid for asking everyone to help me with this dream although I had a few seconds of Who Do You Think You Are, You Don’t Matter this morning.

Imagine if we all regretted everything we pursued? We’d be in a lake of regret, swimming in shit.

To be unattached, untethered to outcome. To be swimming in the truth of who you are versus the idea of who you are. What you hear when you swim the illusion of who you are: You are worth something. You did it! You won! You are the best!

I get attached to things.

I’ve had this sofa for over 15 years. My mom had it custom made in the mid 90’s and it got passed on to me.  It was my prized possession and almost everyone I know has slept on it, cried on it, had sex on it.

Money = matter. Money = mattering. In our minds. Deep in the recesses of our cavernous minds we have created this lie.

So my friend offers me her couch because she is moving. It’s a nice couch too. After months of planning and going back and forth on if it would be worth it because to get out current couch out we have to throw it over the balcony due to its size. We agree to take the friend’s sofa so we hire some guys whom we pay one hundred dollars and two Bud Lights to in order to move it (throw it over balcony) for us.

They put the old sofa in the alley after they strip it of the cover and cushions.

I’ve had anxiety all day.

Did I make a mistake? Was my old couch better? What have I done? Does the new one even look good in our apartment? I’ve fucked up. Again. I want my sofa back.

I went to the alley and three young kids were smoking weed on it. Should I try and bring it back up to the apartment? Have I abandoned my child? This couch was like  a child. What have I done?

I sat on the new(er) couch and I felt my arms floating back to the sides of my body like weightless things and all the things I had been clutching fell onto the floor where I watched them fight a little then give up, as things tend to do.

Goodbye old sofa. I’m going to let the guys enjoy smoking weed on you. It’s time. I am not going to try and get you back.

We matter with our signs asking for anything at all and our pleas to Oprah and our dreams. We matter as we climb the stairs to our apartments and adjust to the shock of a new sofa sitting there and how sitting down on that sofa will feel awkward at first then comfortable and then finally, there’ll come a time when we won’t remember anything else but the way this feels. (Was there ever anything else?)

Our memories are so short-termed like that once we let go.

How do you know when it’s time to let go then? When that particular season is upon us?

You know because your arms get heavy. Something sits in your chest and you can’t name it but you find yourself clinging to it as if it is a nameable thing.

All those heavy objects knocking about in your chest.

There’s not much we need to hold onto. It takes ages to realize the sofa is on its last leg. It takes lifetimes to realize that all the accolades and all the signs we carry, that they don’t mean much.

Then it was time to let go.

Where can you trust more?

Where can you believe in your own worth more? Trust is THE BRIDGE between your ask and its showing up when it comes to manifesting what you want.

By now, if you have been to my yoga classes, you know of my love of the 3-word-sentence.

Examples: I love you.

Ok, the last one is a joke but I am indeed a fan of the brevity and the power of such sentences. (Feel free to add your own to my list.)

In fact my upcoming tattoo is going to say, in black lettering, NBD. No Big Deal.

I am just going to hold up my wrist when I need a reminder myself or when a student is getting upset in class when they can’t get into a crow pose.

My four friends from England have a great song called “Let It Be.” One of my favorites.

I remember when I heard my teacher Wayne Dyer speak a couple years ago. He brought up this notion. This notion of simply letting it be. I remember getting goosebumps (this happens when something resonates with me.)

Up until that point, I had generally had a hard time letting things be. At that moment, as Wayne was up there speaking, I realized why.

Trust is the bridge between all things, My Dear Sweet Manifesters.

I understand why I lacked trust. I do. And yet, at that point, as Wayne stood on stage humming the tune to “Let It Be” I realized that although I understood the why as far as my lack of trust was concerned, I would no longer use that why as my reason for the way the life was unfolding for me.

In order to simply let it be, you must have a great deal of trust. Or Heck, at least a little.

Trust in the way the Universe is unfolding, trust in your relationships, in yourself, in whatever it may be. If you are missing that trust, then how in the name of The Beatles can you simply let things BE.

Without trust, you will feel the need to fight and push and pull.

I know. I lived this way for a long time.

Yes, my dad died at a young age and I assumed that things would be taken away from me so I did not trust anything or anyone for a long time.

That, my friends, gets old.

It gets old very fast.

So today’s DMC, as well as the theme for my yoga classes is this: Where can you let it be in your own life? Where can you stop fighting or worrying or trying so hard? Or, in other words: where can you trust more? Where can you own your knowing and abandon your doubt? Write it down in the comment section below.

Man, those 4 dudes from Liverpool where on to something.

So is Wayne Dyer.

If you come to class tonight or tomorrow this will be the mantra. Let it Be.

Anytime the hands come together in prayer you will silently mouth those words. And hopefully, if my plan works, you will begin to create new thought patterns and belief systems and habits. Like lettin’ it be.

Apparently my sister has a love of three word sentences as well since her site is called 3 Words For 365. It’s on! https://3wordsfor365.wordpress.com/