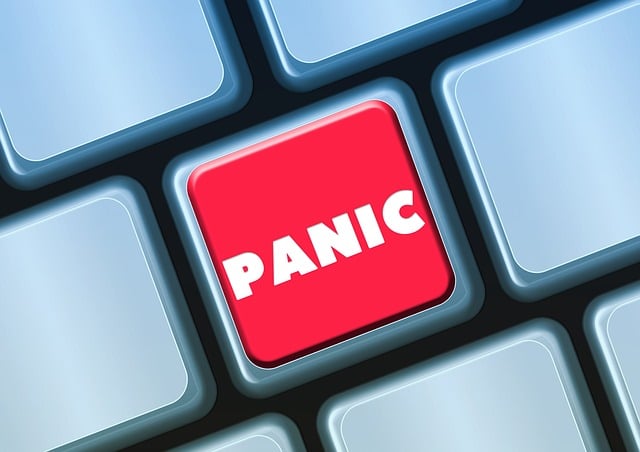 I don’t remember being an anxious kid growing up. But to be honest, I don’t recall what I had for breakfast this morning, so I can’t really say that “remembering” is my thing. I sure as hell am not going to ask my mom to remind me what I was like as a child. That would just be inviting danger. Sort of like asking Kellyanne Conway and Alec Baldwin to come on over to the house for cocktails. It might be highly entertaining at first, but someone will end up on the floor in the fetal position, drooling and mumbling about global warming. No one wants to see that.

Somehow, over time, it seems that I have developed a boatload of anxiety. And, quite frankly, I’m irritated about it! There’s no doubt that I have earned my anxiety stripes in recent months following the arrest and conviction of my husband for drug trafficking. When the FBI calls to chat, that will get your heart racing. When you don’t know how you’re going to pay the bills, that gets your attention. When your daughter is terrified in her own home and yet is heartbroken to move out of the house she loved, that just absolutely kicks you in the gut.

But the thing about anxiety is, it gets in the way. Worry hinders joy. It keeps you from fully experiencing all that life has to offer. You’re either too anxious and fearful to participate, or too worried while you’re participating, so you miss the good stuff. The parts where joy lives. Where the exhales happen. The space where your heart sings.

So I took my anxiety to Restoration Hardware to see if maybe I could repurpose it. I could take this old, worn out, tiresome thing and shine it up to reuse in a different way. A way that would acknowledge and honor the fact that life is sometimes scary and hard and messy, but also wondrous and joyful and worth the risk.

As I disassembled my anxious feelings, I could see each piece more clearly.  I could see that in anxious moments, I was fixated on what I was sure would destroy me.  But what if I used that same intensity and took it to the light?  Used the energy in a positive way?  I could repurpose that intensity into being focused. Shaping and directing my path with intention rather than allowing fear to run the show.

I could strive for excellence and not perfection. Chasing perfection is an exhausting, never-ending loop.  Excellence means I gave it a valiant effort.  My best effort – knowing that sometimes my “best” could look a little sketchy if I was hangry.

And for the extra scary stuff, I morphed my anxiety into badassery. Being bold.  Standing my ground.  Speaking my truth – even if my voice shook.

I used my badassery to get brave enough to tell people that I needed a minute. Whether that was a minute to breathe and collect my thoughts before making an important decision, or a minute because they were pissing me off and I was going through a verbal tirade in my head. None of their business. I just needed a damn minute!

I learned how to breathe through the crazy. To plant both feet solidly on the ground, close my eyes, and just breathe.

I may not remember what I had for breakfast this morning, but I do remember being six years old and saving my three-year-old sister from drowning. I have worried about her ever since. Maybe that’s where the anxiety started, and then it grew and flourished in the life experiences that shape all of us. But worry does not have to rule us, define us, or limit us. If we repurpose it to work for us, then anxiety gets out of the way and joy slips in through the side door.

Ok, gotta run. I’m headed over to Home Depot to see if they can help me renovate my stress.

When LolaB’s husband was arrested for drug trafficking, writing became an outlet for the craziness that ensued. She is divorced after 20+ years of marriage, and raising two daughters on her own. LolaB writes to shine light in dark places, and to heal herself and her children. She is a writer of hope at www.RRLolaB.com. She can also be followed on FaceBook, Instagram, and posts on Twitter as @RRLolaB.