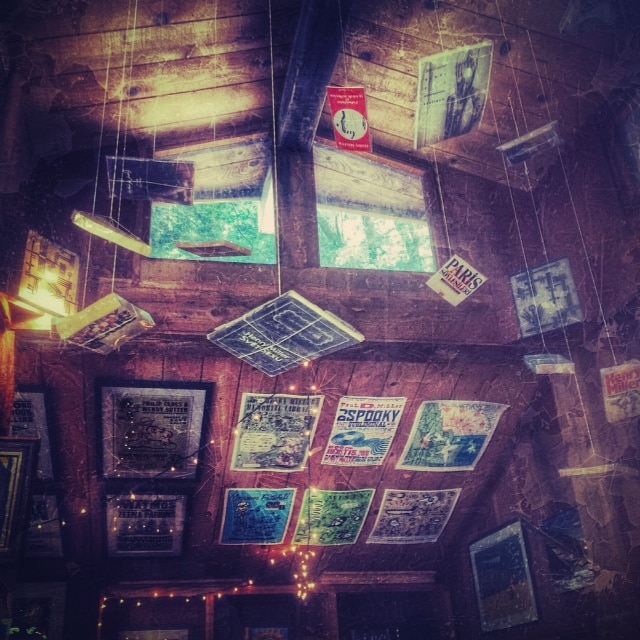 “What shoe size are you?”

This is how she hired me. At twenty-three, I was looking for an identity, and found it by becoming the assistant to the publisher of the most coveted foodie magazine in the world. A magazine glamorous in a gleaming midtown office building over a hundred years old that used to house carnival acts in old New York at the turn of the century. The place was wild with beaming chefs’ events and exclusive parties and in its office on the 9th floor, multiple test kitchens roasted whole chickens, prepared six different crusted pies for the November issue in the cold spring months, cinnamon-spiked hot chocolate in July, all manners of honeyed fruits and roasted vegetables, and next to our own wine-tasting room, a nearby counterspace where a bounty of fancy boutique packaged cookies and tins of toffee stood unscrewed and slashed for testing. It was a gate to a heaven of kinds.

As soon as I said 7 ½, she went over to the sleek metal locker. As she slid it to the side, I held my breath.

The shoes. Oh, the shoes!

Prada. Dior. Chanel peep toes. Sky-high wedges by Sergio Rossi. Leather and suede, silk and satin, all colors and styles. There were shelves and shelves of them. All size seven and a half.

“Yes.” I nearly shouted when she offered me the job. I would become like her. I would be queen of New York—gorgeous, rich, important, and well fed. Just like her. I could be someone.

The most beloved pair of shoes she gave me in the years that I worked as her assistant, was zebra pony skin pumps with a knife-sharp toe and an un-sensible heel.

They were also the shoes that I wore to her funeral.

Working for her was complicated, though we formed a close relationship from an intense routine. She was organized and put-together and I fell in line. Because everyone knew her, everyone had to know me, and it gave me purpose. I was important enough to run someone else’s life, and I rose to the occasion in a way I didn’t in my own.  I filled her fridge with glass-bottled organic milk while the cheap stuff curdled in mine. When she needed her designer bags to be curried to the high- end vintage shop, or when she needed a personal trip booked door to door to Hong Kong, and I could deliver, the world changed. It seemed conquerable.

Each morning I shrugged out of my boyfriend’s arms early to pick up the morning papers and arrive at the office. Then, I cut out the front-page news, anything business-related, and the fashion sections. Once the sheets were cut and pinned, I ordered her morning fruit shake: strawberries, de-seeded black berries, skim milk, a shot of bee pollen, blended with extra ice, served with two straws.

At 8:30 AM sharp, she would roll into the office, dressed to thrill in stilettos and a Balenciaga skirt suit, fresh from a personal session at her pilates studio, and I would stand, wearing what I thought at the time to be a particularly good knockoff Chanel jacket.

She’d eye my outfit, furrow her ash blond brows, take the papers and drink and retreat to her office, closing the door.

When she invariably complained her shake was too icy but demanded I did not remove any of the ice, I’d shove it into my lap and cup both sides of it, warming it between my stocking legs.

I continued on. I had broken through to something. It was a world of fast deadlines and style, of travel and class. Once I had to get her a new passport because hers was already full of stamps. I held it in my hands like a badge of honor as I went to the passport office. When I returned, she merely tossed the old one back at me to shred. As if it was nothing! I kept it instead in my pencil drawer for years. I wanted her world for my own. I loved her, and she loved me almost as much. She remembered everything: my birthday, my favorite color, wrote me cards, treasured my work.  I went through boyfriends with a vengeance, but whenever they told me I had to choose between my job and them, I always chose her. The boys came and went. My boss and I were here to stay. Our love lasted through my twenties, as long as it took for the magazine publishing houses to begin to fold.

She began having long meetings in her office with the door closed, and then for a while, no meetings at all. A promotion was pushed upon her to assist another magazine in the company. Then she was fired. Or downsized. Or reorganized as an outside consultant. The company never said why, and I was too polite to ask.

When she walked out of the doors of her office for the last time, she said, “It’ll be an adventure!”

“Don’t be ridiculous,” she gathered her favored calendar: a buttery, camel-colored Tiffany book. “Anyway, you know I’m going to call you for help.” She showed me: she’d already marked up the “Hillary” days.

She called often at first. I spent months setting up her home office, reorganizing her contacts, and typing up job prospects in her living room.

Later that year, she was invited to just six of the many usual Thanksgiving cocktail parties. When Christmas came and she still hadn’t gotten a new magazine job, she was invited to none. I attended three, and lost an expensive gift bag in the cab home.

More time passed, and she called me to help her less. She never contacted to see me socially and when I asked, she was suddenly busy. She’d been hard to love in life at times, even harder to love unemployed. Her edges sharpened, her niceties became lax. She seemed bitter and angry; people whispered.

“Did you see how FAT she got?” a pretty and interminable gossip who Anna had been particularly cold to, nudged me from behind, and thrust her phone forward with the offending photo. That’s what people said about her, if they said anything at all. I’d since gotten two promotions since she left. I felt the strange pangs of survivor guilt.

Soon, her presence faded from the circle in New York that she’d valued the most, her place in pictures filled in by fresher, hungrier faces. Once it was gone, she didn’t seem to want to find another. She stopped taking my calls. I walked by her apartment on occasion on the Upper East Side, a far cry from my Williamsburg tenement, and rang the bell. She never answered.

When I was told she was found dead, I sobbed in the ladies’ room as my cashmere skirt dipped into the toilet bowl. The world was big again; dark and wild territory. That summer it seemed to rain every day, hot rain, soaking through everyone’s bright summer clothes. The city itself began to wear black. END_OF_DOCUMENT_TOKEN_TO_BE_REPLACED