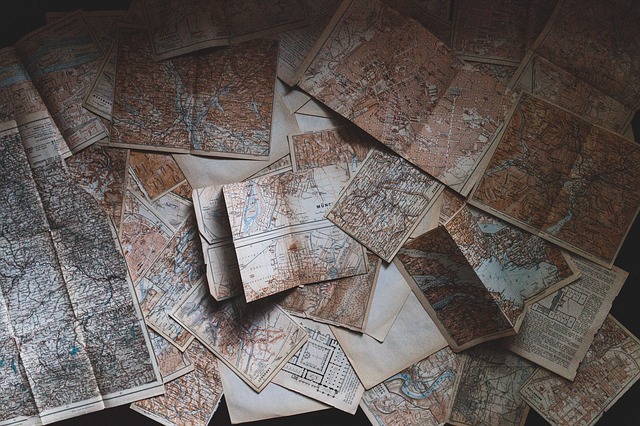 This is a test of your mental state.1

Call me Josephine, although at the time I went by my childhood nickname: BJ. I’ve just turned nineteen and I’m at the helm of the Westward, a 125-foot topsail schooner oceanographic research vessel out of Woods Hole, Cape Cod, Massachusetts. We’re under full sail. I’m steering a course SE toward Lark Harbour, Bay of Islands, Newfoundland. I glance down at the glass globe crystal ball of the compass binnacle in front of me. We’ve been blown off-course by a Force Nine gale lasting two days and nights. Today it’s passed by to the north, leaving us in sight of the desolate flat-lined coast of Labrador. The heavy grey clouds undulate above us, breaking in places to lapis sky. The breeze is stiff and steady, whipping small white-frothed waves against our hull. END_OF_DOCUMENT_TOKEN_TO_BE_REPLACED 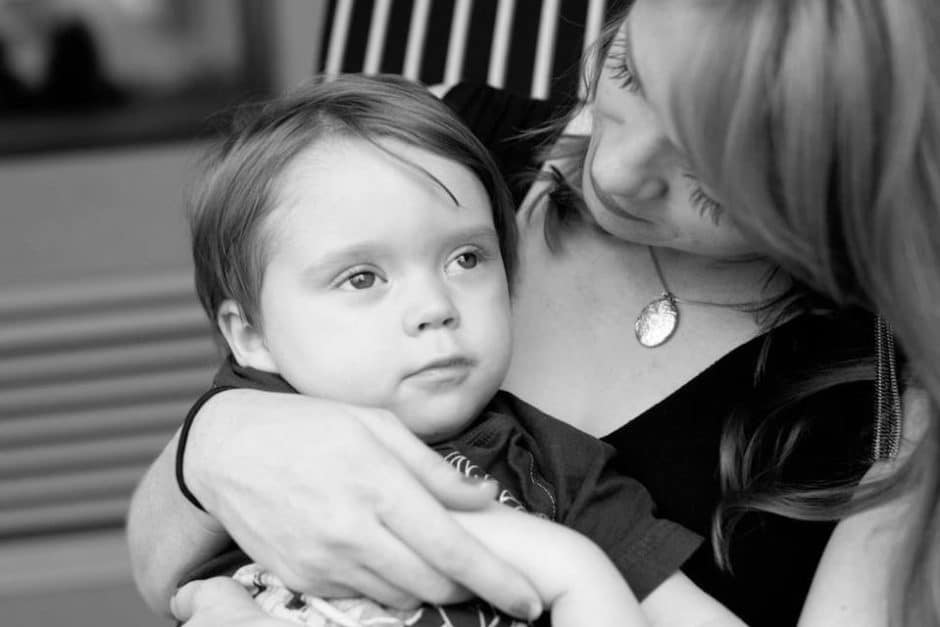 The power of grief to derange the mind has in fact been exhaustively noted.

I hate maps. I can’t read them, understand them, interpret them, or follow them. I have a whole drawer full of maps and pop-up, fold out street guides for various cities, and although I take them with me when I visit these places, I never consult them. Instead I tote them around in my shoulder bag, my purse, my backpack, and ask people on the street for directions.

Map to a Funeral (Hidden)

It is mid-winter in downtown Chicago, and my parents, sitting in the two front seats of a rented mini-van, are huddled over a paper map. Exhaust billows in gray and black streaks past the windows. Commuters look shrouded and miserable, hurrying over frigid sidewalks in the rapidly fading light. I’m in the back seat with my ten-month-old daughter Charlotte, who is strapped in her car seat, babbling and cooing. She doesn’t know this is a terrible blizzard in rush hour, or that someone – my father’s mother, my grandmother – has died. We are driving from Chicago to Pontiac in a storm that feels as thick and relentless as the sound of the word blizzard on the radio, which is turned up high. People are frenzied, worried and watchful, the way people love to be about extreme weather conditions.

My grandmother has died at 93 after refusing food or fluids for two weeks, which is some kind of record. My son, at three years old, lasted only a few days with the same restrictions. Ninety years difference – a literal lifetime – between their ages at death. I struggle to understand what this means or how to absorb it, but generate no cogent thoughts.

Beyond the city limits the interstate is a blur of red and blue emergency lights, car blinkers switching on and off in irregular patterns that compete with the holiday hangers on who leave their Christmas decorations up after the new year. The drivers in the cars stopped on either side of us are reading newspapers spread out over the steering wheels or tapping into their phones, having given up changing lanes. One woman is slumped over, face in her hands, weeping.

My daughter poops her diaper, and I unstrap her from her safety restraints and change her in the unmoving car. My parents are bickering. My brother is waiting at the airport. We’d gone to Soldier’s Field to see the Aquarium, but ended up looking at twenty-year old exhibits of stuffed animals: antelope and bears in permanent yawn, taxidermy tails stalled mid-air. I crammed us all into a photo booth in our last fifteen minutes, because I had an enormous glass of wine for lunch and because we need to laugh.

“We should never have gone.”
“Who could have known we’d get stuck in a blizzard.”

This conversation continues on endless repeat, my parents trading lines between them until I threaten to throw the diaper into the front seat if they don’t change the subject. “Don’t think I won’t!” I shout, and feel like a teenager on vacation with her parents: petulant and trapped, self-righteous and unhappy.

We make it to O’Hare and pick up my brother and my nephew. My dad argues with the security guard, telling her that the airport is designed to be confusing. I tell him this is certainly not true. Through the open van door I toss Charlotte’s diaper into a curbside trashcan.

An hour from O’Hare, far from any lights, wind, snow-thick, swirls white and erratic over the roads mainly clear of cars but still treacherous. My dad drifts between lanes, floats across medians. “You’re fucking scaring me!” I shout when he crosses a road without looking in both directions. My brother glares at me for cursing in front of his ten-year-old son.

We stop at a town outside Chicago, at a sports bar, where six men wearing orange vests sitting at a table turn to stare at us when we walk through the door. We have been in the car for nearly ten hours. When I tell my friend Gina, a native of Chicago, where we ended up for dinner, she tells me she’s lived in Chicago her entire life and I’ve never even heard of that fucking place.

A waitress accidentally spills a beer on my father’s lap.

“This day is shitballs,” I tell him, and hand him a stack of napkins.

“Yep,” he agrees, but he’s laughing. He leaves the apologetic waitress a generous tip.

Map to a Church (Unnecessary)

The route to my grandmother’s funeral service is a straight line from the hotel to the church down a road lined with two-story houses, all fenced yards and large wooden porches, the sidewalks stacked on both sides with fresh snow that blows away in sporadic blasts of arctic wind to reveal weeks-old snow covered in soot, stamped with boot and paw prints and pieces of dog shit. The church is near the town lake, where a group of geese huddle together looking stunned and miserable on ice the same color as the wall of cold sky that seems almost low enough to touch the frozen water. I think they’re geese. I know they’re not ducks. I’m not a poet. I don’t know my birds. I don’t know an elm from a poplar. I’m a little bit better with flowers. I know a blue spruce because there was one in my yard in Santa Fe, and it was the one pop of color on the gray winter day two years ago when my son died.

“Don’t they migrate somewhere warmer?” I ask. “Those geese or birds or whatever?” Nobody answers me. At the church, my brother and his son leap out of the car and sprint across the parking lot. The frozen lake reminds me of another frozen lake in Minnesota where I spent one weekend listening to Joni Mitchell records and writing bad poetry (I didn’t know my birds then, either) with a group of college girlfriends; another frozen lake in Wisconsin where I watched five continuous hours of CNN on the first anniversary of 9/11. Both events seem whole lifetimes ago, memories connected to my current life by delicate filaments that show their strength in the strangest moments.

I pick my way across the parking lot with a bundled Charlotte in my arms. Inside people are milling about in front of a funeral board: pictures of my grandmother as a young girl on the farm, on a horse, in the early 1940s with my father in a cute suit, standing in front of a flat white house, with her parents, who are expressionless and shaped like barrels.

My grandmother was cruel to me, and I am not sad that she is dead. I feel like 93 is a pretty good run. She was rarely sick. She had friends and was comfortable.

My dad speaks first, and he tells the congregation that his mother once told him that he could have searched the whole world over and he never could have found a better wife. This is for my mother, to whom my grandmother was also cruel.

The minister gives a dorky eulogy about salvation that doesn’t happen “in the big city,” but instead in “a little church in the prairie.” His language feels vaguely pornographic to me, all this talk of being “chosen” and “choosing,” and my grandmother saying yes to God, again and again she said yes. I can’t stop thinking, sitting in the back pew nursing my child where nobody might happen to see my breast, that there’s no way this guy voted for Obama.

The only time I feel moved is when my second cousin’s husband sings a solo, halting and occasionally off-key version of Beautiful Savior at the lectern. He struggles through all of the verses without looking up. In front of him, on a table decorated with flowers, my grandmother’s ashes are in a simple black box.

After the funeral we eat fried chicken in the church fellowship hall. My grandmother’s sister introduces me to a man who is clearly suffering from dementia.

“This is Emily,” my great-aunt says. “She wrote a book about her baby who died.”

“Who are you?” he asks. “Did somebody die?” He looks around the room. Someone is slowly releasing a Jell-O mold onto a plate in the kitchen. A woman in an apron dumps more chicken into a bowl on the buffet table.

My great aunt is frustrated. “Listen,” she says, tapping the table in front of the man.

“She’s a writer,” my aunt continues, “and her first book is all about…well,” she says, and flaps her hand in the air. “You tell him how you was made wrong.”