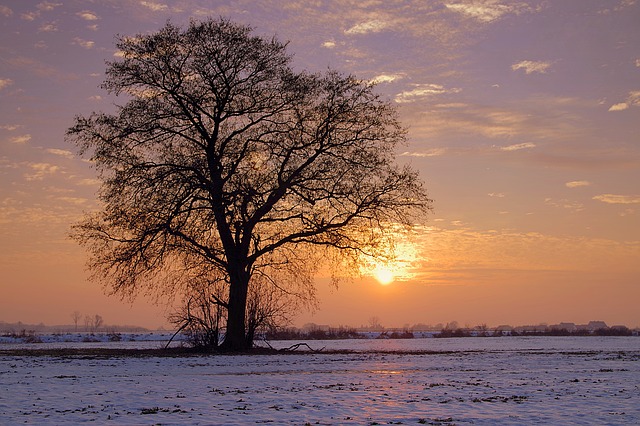 “Loneliness, and the feeling of being unwanted, is the worst poverty.” – Mother Teresa

I’ve felt an essential loneliness throughout my life, and from the time I was a child I’ve struggled to feel the safety, understanding, and love that I imagined could be found in emotional closeness of others. Whether this defining emotion for much of my existence has its roots in a childhood where I often felt disregarded, out of place, threatened, and alone, in my neural biology living with Bipolar II, a psychiatric disorder which leads 17% of those it impacts to commit suicide, or is the result of all the unnamable psychic forces which shape one’s life is hard to quantify or define clearly. What became clear was that the continuation of this all-encompassing grief, as severe depression for the initiated moves far beyond sadness, had escalated to not only threaten my life, which it had nearly taken before, but had grown to the extent that I was left to either submit to the waves of hurt which battered me, or find a way to live and create. At the midpoint of my life survival, rather than living, had become purposeless and too much to bear. The comforts of religion, the rational accounting of all I have to live for, did nothing to inspire me to do more than live out each day distracted by work of social media until the night came where I could drink my sense of self away to sleep. In the last six month my ever-present loneliness, the sense that I was worthless and unloved, threatened not only my life, but my ability to create art, which in many ways I cared much more about than my own life. To move beyond the aching of questions unanswered, the silence that never left, the ghosts I carried, I turned to books to study how to exist. Stoic philosophy, social psychology, and Eastern religious traditions helped me form, and continue to form, a framework to evolve into a person who can do the work he felt he was born to do without the necessity for external support or acclaim. It’s a work in process, multi-faceted, and includes a number of various but cohesive personal lifestyle, physical, and psychological processes and projects, but in this essay I will focus briefly on the nature and impact of loneliness on the artist’s life, how ancient philosophy, theology, and modern psychology can aid an artist in moving past their personal loneliness no matter its roots, and present concrete principles that can be incorporated to escape the sense of loneliness toward the goal of better engaging in creative Flow states. END_OF_DOCUMENT_TOKEN_TO_BE_REPLACED

I spent most of my early writing life as a fake writer. It’s part of the natural progression. Humans are wonderfully built to pretend. We adopt what touches us. Pretending to be a writer is an important first step to being one, but it can also be an invisible trap when our imagined lives are too comfortable to ruin with honesty.

My dorm walls were covered with black and white post cards of the usual college writer heroes: Kerouac brutally sad and smoking by a rail yard, Bukowski drunk and weary-eyed in an old flannel shirt, Allen Ginsberg awkward in clothes too big for him, and Flannery O’Connor with bobbed hair. I looked at those pictures every night and felt like I was one of their tribe. I was too young and sure of myself to realize that I’d only adopted their worldview and attitudes, vices and character. I hadn’t done any writing outside of my classes because actual writing was harder than being known as a writer. I was in love with the romantic idea, and not with the work.

As an undergrad my free time was spent in a coffee shop with other writers who never wrote, and we passed our time talking about all the things we were going to do. We were a satisfied self-appreciation society, and all on the verge of great work. Nothing holds more promise than a blank page, but promise is useless.

After I graduated I was blessed to get accepted into a MFA program based on the only real story I’d written in those years. It wasn’t until I got into that program that I found out that talent is another romantic idea, and even if it exists it won’t save you. I also learned the paradox of living as a writer; that you can be live as one without writing.

Here’s the thing. You can tell people you’re a writer and they’ll believe you. You can say you’re working on something, and they’ll play along. They might even refer to you as a writer which is sweet, but also completely meaningless. Writers don’t matter. Only the work does.

There’s a Chinese saying which states, “One must eat bitter to taste sweet,” and that sums up the life of a true writer. If you’re not into eastern philosophy the same sentiment was echoed by the southern author Larry Brown who said, “If you’re willing to hurt enough, you can have it.”

I didn’t “eat bitter,” or “hurt enough” while I wrote two books and read dozens more during my MFA program. Instead I built up scar tissue during all those long fights to rearrange the alphabet until I said something that was true, if only to me. Two and a half years later I graduated with a diploma, but it didn’t mean anything either. Diplomas don’t make you a writer. It’s not something you are, it’s something you do. The reward is in the work. All the rest is performance.

And the work never gets easier. That thing you hope most for, once you have it, will feel empty. Another thing will appear, impossibly far off in the future, and you’ll burn for it until you work and hurt enough to get it. Or else you’ll quit. You have the choice, and if you can quit you should because if you can quit it’s not for you. There are countless people waiting out there for your place who are willing to take the beating.

The world is filled with fake writers just as it’s filled with all other manner of dreamers. These people who are full of promise will post inspirational writing quotes, talk about what they want to do, and tell you about all the things that keep them from the work. Those people are lost until they realize that being a writer is useless; that only the words have value.

Build your scar tissue. Forget yourself. Stay in the fight until there’s blood on the floor and know you’re always just beginning. And also know that if you give up, no one will care or mourn all your wasted promise.

If you have a friend who is still pretending, who hasn’t learned to eat bitter but wants to be treated as a writer, let them. Be polite. You who have been wounded, who’ve been restless and broken by hope, know should appreciate more than anyone how much nicer it is to live that safe, romantic dream.

Michael Wayne Hampton is the author of three books, and his work has appeared in numerous publications such as The Southeast Review, Atticus Review, and McSweeney’s. His latest collection Romance for Delinquents is available for pre-order through his website or by visiting foxheadbooks.com. He can be reached at his website michaelwaynehampton.com.