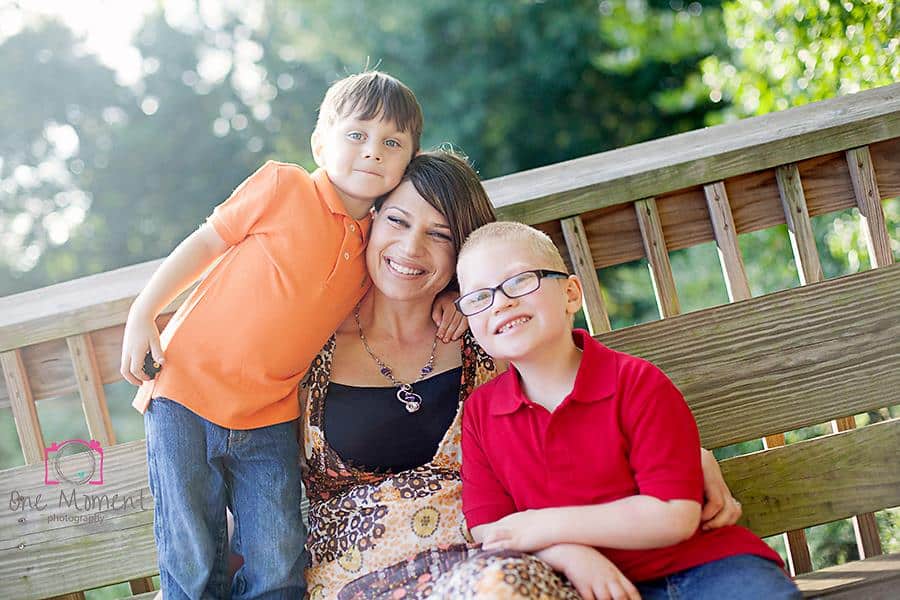 I don’t think it is just a “mom” thing or a “woman” thing, although I do think that mothers are susceptible to the “should epidemic.” I know how often I feel that pressure. I recently had, as Oprah would call it, my “a-ha” moment.

What if I let go of all the “should” in my life?

I don’t know who writes the should list. I don’t know where it originated. I just know that I am often shackled by this master of all lists that I need to be checking off everyday. I find that the should list leaves me feeling defeated, less than, and often times as if I have failed.

What would my life look like if instead of my should list I celebrated everything as a victory, instead of focusing on the should list that I didn’t accomplish?

I declared yesterday the first day in my victory revel.

I got out of bed, I am magnificent. I got my children out of bed and fed them breakfast. Yes, I am awesome. My kids got to school with clothes on, socks and shoes and underwear that isn’t on backwards. I am a superhero, yes it’s true. I kissed both of my kids goodbye and told them I loved them, I am on fire today.

When you see everything as a victory it takes away from all your perceived failures.

I am still a damn good mom, even if at the end of my day I could say that was all I did that day. I can still feel that my day is complete. When I go to sleep tonight I will think to myself, I did such a great job today at what I was able to accomplish, and not feel a sense of shame from what I feel I should have done better. END_OF_DOCUMENT_TOKEN_TO_BE_REPLACED 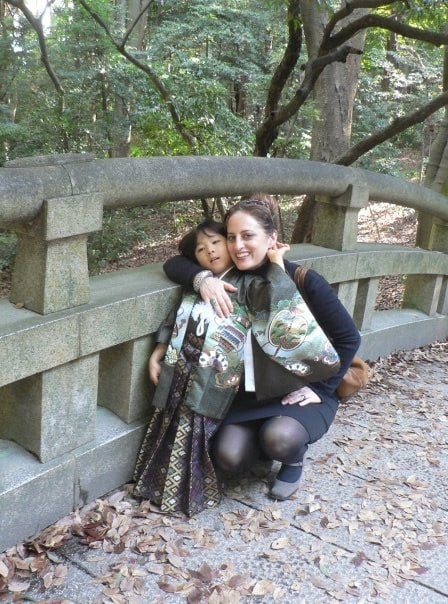 The celebration brings up the immense gratitude I have for my mother, but it is also tinged with grief. For ten years I’ve longed to have a child, but haven’t been so blessed. Thankfully, my yoga practice has helped me look at this challenge as a kind of practice in itself–I have no other choice. My Japanese husband and I have applied to adopt, but our chances are slim. At 43, my age makes adoption even more difficult in a country where adoption is rare and bloodlines are almost feudal in their importance. I have to face it: my long road to motherhood might be at an end.

As the years have passed, I’ve had to ask myself questions many mothers never consider. Why do I want to be a mother anyway?  I meditate on the answer. I want to experience another kind of love, something beyond what I know or can even imagine. Mother love.

But I’m not there yet, not at all. All the effort, pain, and disappointment of infertlity has gotten too much to bear, and I haven’t been loving myself. So while we wait for a placement from the orphanage, which looks unlikely, my husband suggests I go on a pilgrimage to the motherland—India. If I can’t have a child, can I discover another way to experience motherhood?  If not, can I let go, and find contentment with life as it is?

Nothing to lose. So I pack my bags and head to India, hoping it will be the perfect place to heal and to find the mother within. END_OF_DOCUMENT_TOKEN_TO_BE_REPLACED 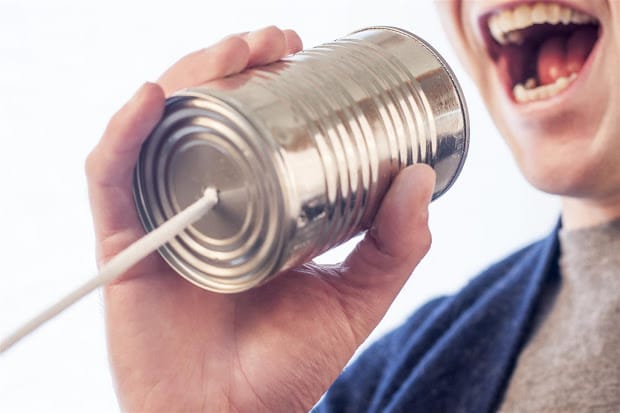 He was a young 20-something, our trusted neighbor. His hair was long, his eyes warm and sad. Sometimes he and his roommate made dinner when Mom stayed late at work to balance the books. For my birthday, he bought Bob Seger’s “Nine Tonight” album and wrapped it with a blue bow – my favorite color. It was an extravagant gift, one my single mom couldn’t afford. But that boy surprised and delighted me. I played the record over, over, over on Mom’s RCA turntable. I memorized every lyric. Sometimes I stood on the coffee table and sang “Hollywood Nights” at the top of my lungs. My hairbrush was my microphone. I was good.

Yes is easier than no. Smooth sailing more enjoyable than whitecaps.

My young world was a wonderland of 1970s magic dressed in cut-off jeans. I explored overgrown cornfields, built forts with discarded lumber, beat all the neighborhood boys in sunset games of “Horse.” I hid myself in chicken wire basement storage bins so I could read uninterrupted, the chug of washing machines in the background, the scent of Downy dryer sheets floating on the hot air. I scribbled poems and short stories in my Strawberry Shortcake notebooks. I played 4-Square, SPUD, and Kick the Can until it was time for Kraft macaroni and cheese and a cold glass of 2% milk served on my TV tray, the one with the fold-out metal legs. I wore halter tops knotted around my freckled neck and smoked the butts of my mom’s discarded Merit Ultra Lights.

I gave myself the Sign of the Cross every time I walked into church, asked Jesus for forgiveness in the dark Confessional. “Father, forgive me for I have sinned. It’s been six days since my last Confession. I lied to my mom, tattled on my sister, and had impure thoughts.” I never named the act itself. It seemed an unsavory thing to discuss in a church. I knew He knew. I hoped He forgave. I listened to the nuns, readied my soul for the kingdom of heaven with Hail Marys and Acts of Contrition.

I rode my bike to the drugstore and bought Jolly Rancher sour apple sticks with the change I found under the couch cushions. I sucked their tips into sharp, dangerous points.

When I think about my childhood, I don’t first think about fellatio. In fact, I can barely recall the pungent scent of stale sweat, the smell of nervousness and sin. There was beer, and often, pot. He smoked the pot. I drank the beer. The smoky haze in the apartment was much more tolerable with an evenly matched fog in my head. Sometimes I drank enough to throw up. I did not understand my limits. He would wipe my face with a warm washcloth, would tune into “Laverne & Shirley” while I rested on the couch, the room swirling and spinning around me. “Schlemiel, Schlimazel. Hasenpfeffer Incorporated.” The couch was faded and worn and smelled slightly of mothballs and bacon. I sank into it, disappeared into the dingy plaid.

He loved me, this boy. He told me so every time.

I loved him back.

But most of all, I loved my mom. My hard-working, breathtaking, raven-haired hero.

Once I perfected the oral art form, it was easily transferable. I honed my skills on awkward freshmen with unskilled hands, high school quarterbacks and their cement abs, heavy-breathing frat boys, and strangers in bars. My lips were all-knowing, all-powerful.

The decision to spit or swallow came later. In the beginning, it wasn’t a conscious choice, but a physical reaction. Later, I chose what I wanted. 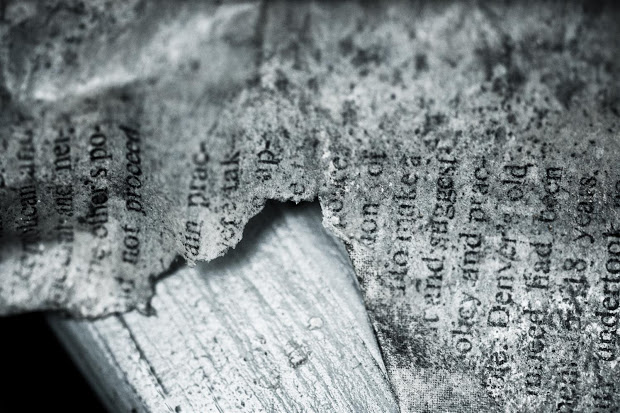 “Is this a good time?” she asked, my dying phone clamped between my cheek and shoulder, both hands on the wheel, on a highway I didn’t know the name of, passing a town I didn’t recognize.

It wasn’t. The woman on the phone was calling about my biopsy the day before.

“Some of your results are back, and pathology recommends immediate excision.”

She continued babbling about the tests, but the only phrases I caught were “color strain” and multiple science-y words that start with “m.”

I hung up with the sensation in my stomach you get when you see police lights in your rear-view. My phone had 2% battery left, and I desperately needed GPS, so I sat awkwardly in the doorway of a McDonalds charging my phone and ordering iced coffee after iced coffee. Eventually I made my way along a windy road through the foothills that led me to Auburn where I found I-80, and my way home from visiting my mom and the hospital over spring break.

I had never been so happy to see the dorms when I pulled into princess parking (one of the five parking spots right outside the dorms) and texted my roommate to come help me unload my stuff. The medical assistant told me I wasn’t allowed to lift anything over five pounds with my left arm for five days after the biopsy. “No five for five!” she said, trying to be cheery and helpful. It’s hard to be cheery with a brick-sized ice pack shoved down your bra.

“What did they say?”

I focused on meticulously folding a pair of socks. “They, uh, recommend immediate excision.”