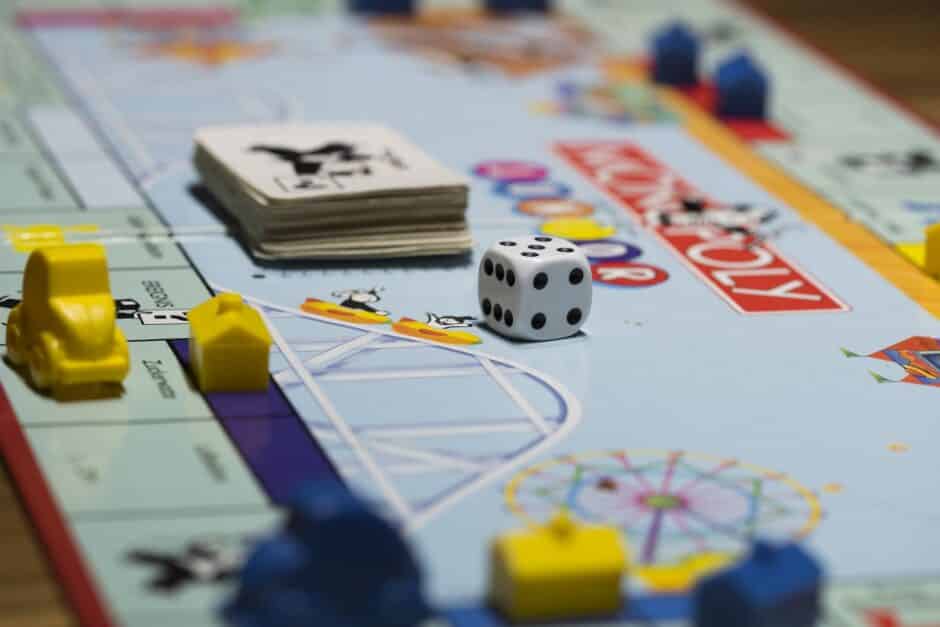 Players: One single mom
One daughter, ages 3-8, prone to illness

Directions: Shuffle and deal. Players take turns drawing cards from each other. If you draw a card that matches one in your hand, place the matches face up. If not, add the card to your hand.

Play continues until all pairs have been matched. The player left holding the old maid card loses the game and becomes the “old maid” unless, alarmed by the message this sends, you abruptly alter the rules. Unless you impulsively tell your daughter, “The player left holding the old maid wins! She gets to hang out with this fabulous independent woman who has the pioneering courage to violate tradition and forge her own path!”

Stick to this improvised rule until, at eight, your daughter hoards the old maid card at a sleepover, relishing the moment that she’ll throw it down and win the game. The next morning when you pick her up she will confront you, tone fraught with betrayal and disillusionment and humiliation. She wanted to win, but because of you, she lost miserably.

You used to love games, even the dumb ones of your childhood like Mystery Date. The object of that one was to win one of the cute dates inside the secret door—the guy dressed for a formal dance, a bowling alley, or the beach—and avoid the dud. He looked just like the other dates, except, you thought, cuter, a little scruffier, with messy hair and a five o’clock shadow.

But the ulterior motives of Old Maid and Mystery Date were pretty much the same: to teach players to avoid undesireable people, guys who don’t wash, women who don’t marry. Never mind the messages of other thankfully now-vintage games, like say, Mother’s Helper, described by the copy on the box as “A Real Fun Game that Takes you Upstairs. . . Downstairs. . . All Through the House!”

And so what you once thought of as easy forms of entertainment during endless winter weekends and long days when your daughter is home from school sick all seem like minefields, full of explosive subtexts you must head off about women and girls, about roles and choices, about the very nature of competition itself.

Players: One desperate mom seeking diversion for her

Directions:  Draw a card and move your piece to the space matching the color on the card. Continue in this manner along the game’s colorful winding paths, past the peppermint forest and lollipop woods and peanut brittle house, past the blond twins and gumdrop-shaped monsters, until you reach the candy castle.

Experience relief that you can offer this simple, colorful world to your daughter who is prone to asthma attacks that land her in emergency rooms, to fevers that flare suddenly in crowds, to mysterious swellings of knees and lips, to throbbing headaches and upset stomachs. This game might encourage the rotting of her teeth but otherwise carries no negative implications, as far as you can see.

Should this seemingly pleasant innocuous game get tedious—and it will, in no time—try reverse cheating, stacking the deck so that every card your daughter draws will be purple. She’s too young to be suspicious of easy wins, and this method will speed her right along to victory. Wonder: are you doing her any favors? But your pride takes over. Look how fully you’ve embraced motherhood and self-sacrifice! Look at how little you care about winning!

Players: One daughter, ages 5-8, becoming a competitive gymnast and making fewer trips to the ER

Directions: Get past the sense of dread that overcomes you when Monopoly Junior appears in your mailbox on your daughter’s fifth birthday, the memories of your complicated relationship with competition. Tell yourself that you should instead be relieved to be yanked from a vibrant candy landscape into the seemingly more interesting cutthroat world of shady real estate deals and rent gouging. Be shocked to discover that it’s just as boring. Invent new rules to hurry it along.

Feel burdened by an enormous weight of responsibility: to model the balance between striving for achievement but not basing your whole sense of worth on it. To encourage her to push herself but never feel that you approval is out of her reach.

But when she wins at Monopoly Junior, wonder: are you cheering for her or just cheering that the game is over?

The Game of Life

Players: A Mom, increasingly perturbed at the sneaky cultural conditioning of games

A Daughter, 10, who sleeps a lot but is mostly healthy

Directions: Travel the Path of LIFE making decisions, building a family, earning money, buying homes, and collecting LIFE tiles. Win by accumulating the most wealth by the end of the game.

First, spin the spinner and move your car forward in the direction of the arrows. If you choose the computer version of this game, it works exactly the same way, except that it won’t move forward until you enter a heterosexual union. If you object, purchase the board game version so that you can exercise choice and acknowledge gender fluidity, the continuum of sexuality, and the range of possibilities regarding social conformity and parenthood.

With the board game, you can resist the official rules and decide whether to be a pink peg or a blue peg or no peg at all should you not be in the mood to adhere to cultural constructions of gender, or should you be feeling that day like a square peg unlikely to fit into a round hole. Decide whether to choose a life partner, and if so, one of the same sex, or one of the opposite? Decide whether to have children, with or without a partner.

But be forewarned that at her babysitter’s house, your daughter, after choosing a pink peg for herself, might land on the marriage square and reach for another pink peg, musing, “I think I’ll be a lesbian.”

And that her babysitter might rear back as if a bullet had just zinged past her head, throwing out her hands as if to cover the ears of her own children, and bellow, “No!”

And that later you will have to come to terms with the fact that not only do the babysitter’s values not remotely align with yours, but you also find rearing up around that babysitter all of those competitive instincts you thought you’d conquered. You’re convinced that she sees parenting as a contest she’s determined to win, requiring everyone else to lose.

Wonder how to respond when this woman makes disparaging remarks about your daughter’s handwriting and spelling; when she corrects (incorrectly) your daughter’s pronunciation of a novel character’s name; when she brags that her kids walked much earlier than your daughter, who had developmental delays but is now a gymnast; or when she criticizes your daughter’s future marriage prospects after your daughter announces that Disney princesses are too dependent on men. You know that heteronormativity is par for the course in your conservative small town. Still, discover that the babysitter’s reaction to your daughter’s choices during the Game of Life adds another layer to your concerns about the childcare arrangement.

A ten-year-old daughter, doing pretty well, if a bit confused by her babysitter’s criticisms

Directions: Mr. Boddy is found dead inside of his mansion. The object of the game is to use deductive strategies to determine the killer, the murder weapons, and the room in which the crime occurred.

Expect that your daughter will be entranced by the colorful, cozy rooms and the adorable little weapons—the coil of rope, the cast iron lead pipe. Allow her to remain oblivious to the inherent sexism that the female game characters, Miss Scarlet, Mrs. White, and Mrs. Peacock,  are all titled according to their marital status while the male characters, Colonel Mustard and Professor Plum their professions. It’s best that you not point this out to your daughter, who might bring it up and be subjected to more of the babysitter’s ridicule.

Then make the vast mistake of teaching your daughter how to use the process of elimination to trounce her opponents. Be surprised that as a result, the babysitter’s family will accuse her of cheating. To win, it seems, is regarded as antisocial, though not so much when the babysitter’s children win.

Find yourself troubled by ambiguous messages about female achievement in opposition to the actual rules of the game, the bizarre idea that there is something not nice about logical thinking, that, in order to avoid disapproving opponents, players should confine themselves to random guessing.

Directions: Players take turns removing stones from pits along the edges of a wooden board and depositing one stone at a time into neighboring pits, each time adding a stone to a larger pit, or bank, on the end of the board. The object is to collect the most.

“Why are you letting her win?” the babysitter will scold her children. “You’re the smart ones!”

“I’m not smart?” your daughter will ask you that night.

Terminate the babysitting arrangement. Thereafter, keep tabs on every mediocre performance and instance of unoriginal thought on the part of the babysitter’s children.

And then the daughter

Directions: Apples to Apples is a game of comparisons. Its title suggests that it’s about comparing things that can be reasonably compared, unlike different children, which is like comparing apples to oranges. In the game, power rotates, each player serving as the judge and making capricious decisions, blatantly favoring their children or best friends, faking out opponents, or leveraging knowledge of others’ psychology.

If, for instance, you’re the judge and the word is boring, and to illustrate it, everyone else throws out cards that say The Shopping Channel, Shakespeare, and Sleepy Cats, your daughter knows it’s an easy point if she plays the Candyland card. Or say the word is sickening and your daughter is the judge: you know that she will choose, over Getting a Shot, Teenagers, and Gorillas, the card that says A Princess.

So often you have no perfect answer in your hand and you just have to select from limited options. You might get Intelligence but have no Honor Roll, National Merit Scholar, or Child Prodigy cards in your hand, but no cards, either, for Quick Comebacks to Any Insult, Ability to Assemble a Bookshelf in No Time, or Skill in Writing a Parody in Response to a School Acrostic Assignment.

For Courage, there is not, but should be, Girl Who Just Keeps Going despite Impossible Odds. For Love, or Pride, or Joy, no cards for the things you’re left with when life won’t let you play by anyone else’s rules. Mom who Learns to be Thrilled Whether Daughter Becomes a Doctor or a Dill Pickle. No cards for the things that are, after all, perfect, despite, or maybe because, of the fact that they’re so improbably miniature, so exquisitely tiny: cast iron top hats, thimbles, candlesticks, wrenches. Or because of the simple pleasure of their smooth, cool feel in your hands, like stones gently lining up in their little slots.

Nancy McCabe’s creative nonfiction has appeared in Prairie Schooner, Massachusetts Review, Newsweek, Michigan Quarterly Review, Fourth Genre, Los Angeles Review of Books, and others. She’s the recipient of the Pushcart Prize and eight recognitions in the notable sections of Best American Essays and Best American Nonrequired Reading. She’s the author of six books, most recently Can This Marriage Be Saved? A Memoir (Missouri 2020).