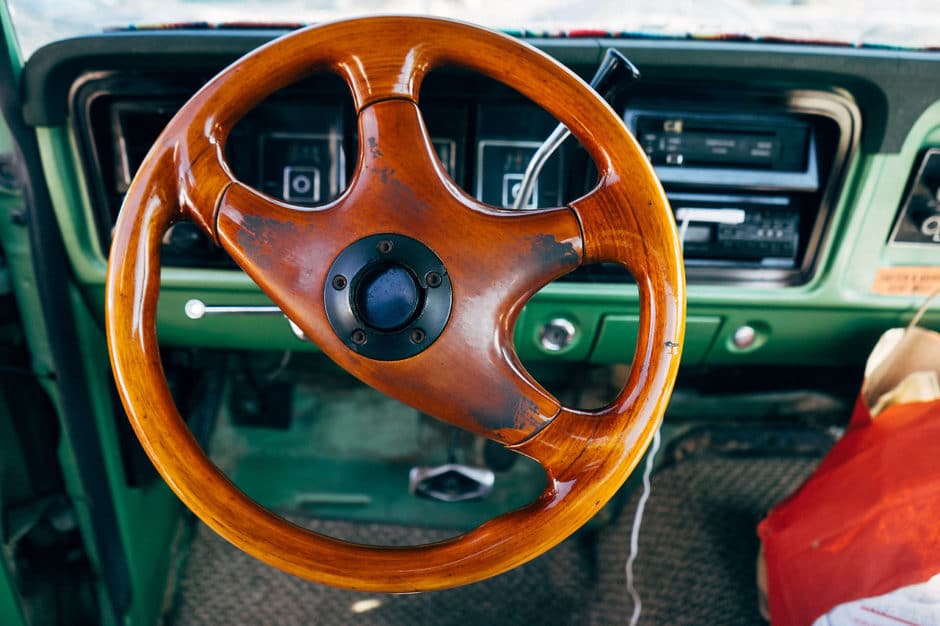 I had better tell you where I am going and why I am watching smoke sift through the hood of a 1993 green Honda Accord as spritzes of coolant spatter like small kisses onto the windshield. I am with a rap artist named the Deafinition, whom I will call Greg, and we are heading to the Poconos. Just a moment ago I was listening to the brashness of his voice seep through the SONY speakers that cost more than this car. Just a moment before life was working out as planned.

Since I have been near him I can’t help but to touch him. There is a meager patch of skin creviced between his head and neck, where his hair remains prickly, where there sits the redolence of a tender man, a place where my fingers seem to travel to trail the ends of his spine. He is soft to the touch. Wears a size thirteen. Hates tomatoes. Writes.

Except he calls it rapping. Same difference, I say. Within my reach I always keep a notepad or pencil, same as he when he scribbles lines at work or keeps a beat to remember with his fingers on the steering wheel. He writes in rhythms of west-coast rooted torments; here is the best friend’s unexpected death, there, the knowledge he has been forced to accept. He prides himself on his growth. He is 6’3”, has quiet green eyes.

I am trying to keep calm. He storms out of the car; swings open the hood, spouts curses while mumbling under his breath. For the first time I notice he is wearing dark blue jeans that he has rolled once, then cuffed, a pair of black Nike Zooms, a plain Hanes t-shirt (black), and a white Rocawear track jacket, with horizontal red and black stripes. His hair is shaved as if he were a soldier.

Ten minutes ago his voice sounded closer on the radio; like I could finally hear him speak. There is a distinct east coast flow in his pronunciation, a syncopated voice that manipulates verbs. A troubled voice permeates through all ten unsigned albums. He is judging, and crude, he lacks the desire to reach out and love, and yet his tone is void of rancor: it is kind, it has listened.