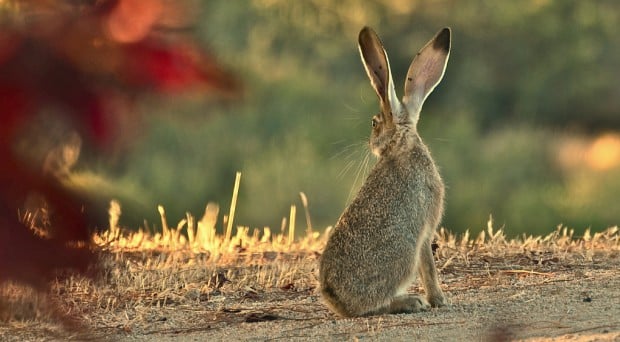 The Velveteen Rabbit was one of those magic stories that saved my life. I remember the line drawings of the Bunny all alone on the hill, splashes of muted pastel colors behind him. The Bunny was so loved by the Boy that his fur was rubbed away and he was no longer new and pretty, but it didn’t matter because the Boy loved him. But then the Boy got sick and he was taken away and the Bunny was left alone.

This was the part of the story that began to take root inside of me. My dad contracted polio in the 1940s when he was the same age as the Boy, and even though the diseases were different, the story helped awaken empathy in me for the experiences of another. How scared my dad must have been to have suddenly found himself so sick! What treasured toys of his were taken away? I empathized with both the Boy and the Bunny, and I wanted more than anything for the Bunny to become real—to become loved alive—and if that could happen, maybe—even though my father’s right leg was shorter than his left leg, and even though his gaze often rested on distant things I couldn’t see—I could love my dad back alive too.

That 1922 edition of Margery Williams’ The Velveteen Rabbit was my version of the book. My rabbit. My boy. My playroom and wise old Skin Horse. William Nicholson’s illustrations helped make it mine. When later editions hit the shelves, the new illustrations (lovely though they were) were jarring. That’s not my bunny! That’s not my story.

This seems ludicrous on the surface, but talk to a fan of a book when the movie comes out and you’ll get a step-by-step guide of what didn’t match up and how the actors didn’t fit the images the reader had put in her head. Readers claim ownership of the fictional worlds they inhabit, and rightfully so—they helped to create those worlds using the signposts the author provided through text. The reader’s experience with the story is so intimate and so real that it comes as a shock when another reader has a different relationship with the same story. No one can enter the web of words the same way, and no one comes out the other side unchanged either.

Why do books matter? Why do fiction writers matter? Why is fiction reading still relevant? The world changes, evolves, and by necessity leaves behind what no longer fits. The thing is, stories always fit. They take us by the hand and pull us into worlds we didn’t know existed—not the world of the writer, but the world that was within us. Our hidden interior world, on the trigger of a turn of phrase, can expand into new ways of being in and relating to the world. Our experiences with characters and adventures on the page make us move in surprising ways. They give us a window into a way of life we’d never know or a belief system that challenges us and stretches our capacity to care. The author might have been writing five hundred years ago or just yesterday. It doesn’t matter. The readers are the wild card. Each reader co-creates her own story and makes it personally relevant and then engages with the world from that new, changed place.

Our lives are very different from when that first edition of The Velveteen Rabbit captured hearts. Much of what fuels our economy is not a physical product that we can ship and store. Our productivity is intellectual. It’s artistic. It’s creative. And it doesn’t always sit on a shelf. It isn’t warehoused and it isn’t collecting dust. This is an economy of ideas and of inventions based not on a combustible engine, but rather a combustible spirit. As Seth Godin tells us in The Icarus Deception, this is the time of the creatives, the artists, the dreamers and imaginers. This is the time for magic. But it’s hard to put magic in a spreadsheet. It’s hard to make a pie chart or a PowerPoint slide about its benefits. But make no mistake. Our modern age runs on magic. It runs on someone alone in a room with an idea to make the world a little bit better. Innovation and invention start with imagination—the world of fiction.

Who would have thought we’d go to the moon, or store our documents in a cloud, or type a manuscript from across the room from the computer? Who would have thought, until someone did, and then what had once been purely fiction became the norm. Then the standard. But before it became the standard, it was inconceivable. It was impossible and then someone dreamed it. Someone shook the fairy dust and came up with an electric car, solar power, Apple computers, airplanes and stories. END_OF_DOCUMENT_TOKEN_TO_BE_REPLACED