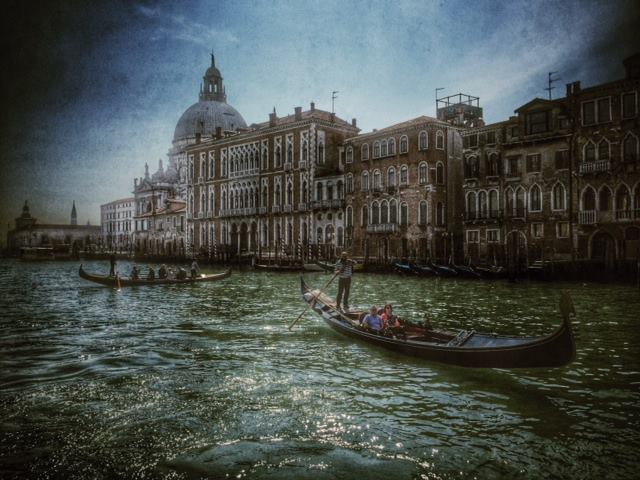 The sea is high again today, with a thrilling rush of wind. In the midst of winter you can feel the invention of spring. A sky of hot nude pearl until midday, crickets in sheltered places, and now the wind unpacking the great planes, ransacking the great planes…. –Lawrence Durrell, Justine

I am forty-four, married a decade, and in love with another man, a man I haven’t seen since we traveled together in Italy 17 years ago.

The matchmaking skills of a search engine brought us together last year. In a flash we re-established whatever had sizzled between us for four days in our late twenties. In my e-mails, I found myself echoing the quirky grammar and imaginative allusions of his Danish English, as if they were creative prompts. Those exchanges proved that we spoke the same language. A kind of intimacy, distance be damned.

Back and forth went the e-mails. Forth went a few of my letters and packages; nothing back from him. We conversed by phone a few times. We discussed meeting up in a few months.

It was all very cyber-Romantic.

Before long, a pattern began to emerge. He would let more and more time elapse between replies, and those messages appeared less intense, more perfunctory. He gave me the impression that he was overwhelmed by everything between us, maybe—as a therapist theorized—even scared. Of his own feelings or of mine? The most likely scenario: I no longer amused him. The responsibility of soothing and placating a clearly love-sick former travel mate outweighed any semi-illicit excitement she provided. We still spoke of meeting, in his Sweden or my Montreal, or somewhere neutral, but we both knew it was always too much to ask of the stars to grant us time and courage. They have more deserving people to line up for.

He vanished. I languished. For months. Not even a Christmas greeting from him.

So that is why I am here, six months later. I’ve taken a two-month trip back to Italy. Not to retrace our youthful steps (too painful). Not to forget about his most recent incarnation (impossible). Just to be in Italy. Isn’t that enough? END_OF_DOCUMENT_TOKEN_TO_BE_REPLACED