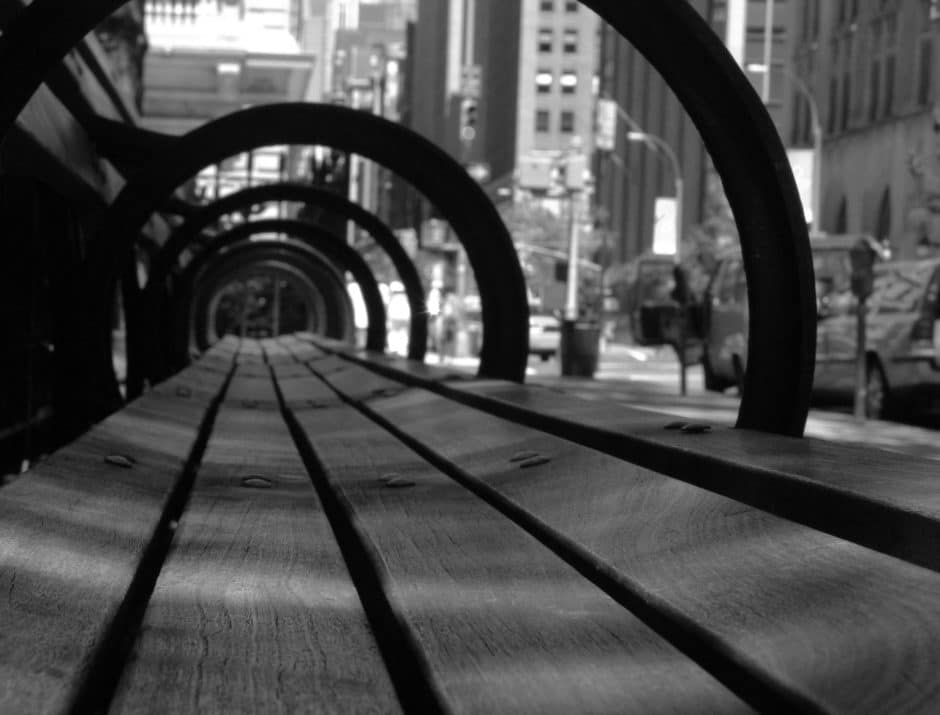 When I hold it, it feels nothing like a cock.  Not even a hint of cock in this piece of heavy black metal; a symbolism I had imagined would be solid and indisputable goes limp as I hold the grip with my palms, resting my fingers along the barrel.  As I hold it before firing, all I can think of, is unveiled violence, and how it doesn’t, at any moment, not even as the gun goes off and hits the target I’m aiming for, feel anything like power.

My partner, hopefully the last person I have to love, and I pull up into the parking lot of the shooting range with a plastic Wal Mart bag full of doughnuts and energy drinks.  He says something to me about this place being ripe with material, just as I’m thinking the same thing.  I feel myself slip into the role of slimy anthropologist, knowing I’m sure to get my fill of white right wing men to observe like animals.

The parking lot in Fort Collins, Colorado is unsurprisingly full of utility trucks and oversized family vehicles.  As we walk into the front room of the range, he emphasizes how important it is that it not be called a “shooting range” but a “gun club.”  He tells me this is a place where people go to find a community outside of their homes or jobs, not just to shoot guns.

If I can respect anything, it’s the need for establishing community, but I wonder if I can keep myself out of the way enough to be able to see the community, and not just see my own opinions mirrored back to me in a mosaic whose patterns I think I already know.  In the patterns, I’d see a row of men, shooting just after the Sunday morning service, gripping their loaded second cocks, discharging projectiles one after the other toward pieces of cardboard they envision to be terrorists, homosexuals, atheist academics, sexual deviants courting their daughters, or some amalgamation of all of them, and I could be right, but I could also not be. END_OF_DOCUMENT_TOKEN_TO_BE_REPLACED 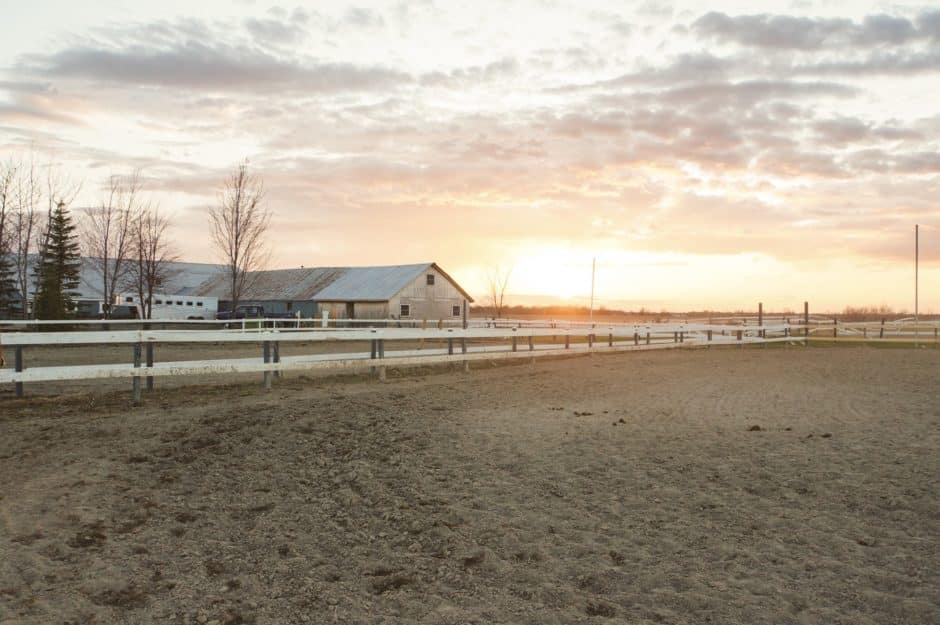 The “Country Estate” is my home for five months.  I move in a few days after opening the lid of my then roommate’s white Cuisinart rice cooker, and having my face engulfed in a buzzing red swarm of fruit flies.  We fight about it.  I’m not even sure why.

My then-boyfriend, a jack-Mormon, picks me up in his dad’s work truck and listens as I vent about the fruit flies and the lingering trauma.  He highlights the fact that the roommate’s name is Sarin, the same as that of a lethal gas.  I don’t want to go there, and I’m not sure if I feel dirtier from the flies or from the fight, or from something else.

It is winter, and Nampa, Idaho is draped more in ice than snow.  The Country Estate, as we call it, is right next to an out of commission steam locomotive on its tracks, an enormous block of sculpted charcoal.  There is a silo so close by that we refer to it as “our silo” each time we drive back to the house.

The Country Estate is massive, yet chintzy.  It is an all-white two-story, in a style somewhere between colonial and warehouse.  The ceilings are made of porous tile, the living room, as well as the kitchen, is lit by fluorescent beams, and the floors are of ill-fitting linoleum bubbling up near the walls.

Me and my few things settle in upstairs, in the jack-Mormon’s room with muted green walls and a twin bed.  Heidi and Zeniff, the other inhabitants, aren’t home when I “move in,” but this isn’t the kind of house where people mind.

Here there is order.

The Jack-Mormon’s dog shits daily in front of the washing machine.

Each night we make tofu stir-fries with ingredients from local underpaid farmers and nearly-expired packs of tofu from Winco.  I introduce the jack-Mormon to Braggs Liquid Aminos, and he introduces me to putting a glob of peanut butter directly into the sizzling tofu and vegetables, letting it disperse into thick velvet liquid.

He’d come up behind me and breathe a gust of pot smoke down my shirt, his hair greasy.  We’d eat sitting on the floor with Zeniff, with numerous open beers, a bowl, and a guitar.  I cry during the Leonard Cohen songs, always in the same moments, ones like, “she broke your throne and she cut your hair,” and neither boy makes fun of me.  There’s something about being raised Mormon that makes them both sentimental in a way that respects crying.

In the time I live here, my grades slip a little, like they did when I was nineteen and aimless, but now I realize I wasn’t just aimless.  I realize I was comfortable.  And here I am again.  Comfortable.

At my first home, in California, I didn’t want to move forward because I didn’t have to, just as I don’t have to in this house, with the jack-Mormon, in Nampa, where it costs nothing to live and everyone’s family and everyone’s church is within a ten-mile radius, so no matter how much you’ve shunned any of them, home is never a variable, and at the time, the “Estate” is not a variable.

In this house, the jack-Mormon shaves his chest hair and legs with my Venus razor.  He holds me on the ratted couch as we watch the Elephant Man and Beach House music videos on repeat.  When his dad shows up, the jack-Mormon hides his stash, and I talk about my grades, my Honda Civic’s mileage, and my parents’ health.

Never does this feel like sinking, though I suppose it is.

We go for runs when the ice melts.

We sometimes go to parties in Boise, his being dirtier and druggier than the ones I’d been going to before we met.

We buy sodas up the street across from a carniceria, and when asked if we have the munchies by our attendant, I respond with eyes as red as stop signs that we have “the thirsties.”

Mostly though, we stay in.

I write a lot on a laptop with no internet connection.  He asks if I’m ever writing about him.  I say, “not really.”

We color in Little Mermaid coloring books, letting Ariel and Eric be us.  I squiggle some stretch marks over Ariel’s cleavage, write, “feed me” on her stomach, and give her more tired eyes.  Then it’s pretty close.

I ask myself what it is any of us really strive for, much like I did at age fifteen, only now with the presence of pure contentment I’d never had after youth.  If we are loved and fed and comfortable, isn’t that enough?  We are warm, healthy, creative, making music, writing, drawing, exploring and re-exploring Nampa.  Can we keep this contentment going?  After years on and off of anti depressants and in and out of therapists’ offices, “contentment” in itself is a swinging sunlit hammock – just enough motion, just enough light.

The Country Estate is my home for five months.  In the midst of asking myself questions about striving versus stagnation on a daily basis, the jack-Mormon gets arrested, after numerous other offenses, for driving under the influence of heavy doses of his father’s Xanax.  He is sent away without warning, his dark yellow urine left un-flushed in the downstairs bathroom, Apple Jacks spilled on the kitchen counter.

His family throws me a small birthday party with Reeses Pieces cupcakes, and I see the final Harry Potter movie with his nephew.  I begin to eat meat again, knowing the absurdity of my former lover upholding vegetarianism while in jail.

I move back to Boise.  I become president of an on-campus association, and I consider graduate school.  I write poems.  Sometimes I just speak poems on my long walk from home to campus.

I visit him in jail, past the fields of livestock and corn, until I don’t.

When I later drive through Nampa and pass the train tracks, I see our old home, our silo, our rickety porch with half smoked cigarettes between the boards.  Perhaps this was a temporary distraction, but maybe it’s all a distraction.  I see the steam engine, black and still, and I drive on, newly obsessed with motion.

Stephanie Couey is an MFA poet and teacher at University of Colorado-Boulder. She is from Riverside, CA and Boise, ID.