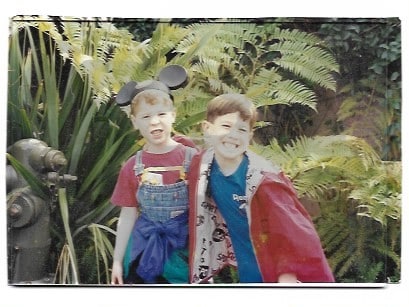 My son Max is sensitive and particular about certain things. The day he is born I swear he looks at me from his bassinet, smirks, and begins to cry for a bottle.

As soon as he is able to articulate his needs, he insists on wearing only Fruit of the Loom low-cut socks, as any other type drive him crazy. He pulls them as tight as his little hands can, then thrusts out his feet so the nearest adult can fasten his shoes securely over the taut material, to the point I fear his circulation might get cut off. When he rides in the car he cries, “My waist, my waist.” He tells me the seatbelt smothers him. I feel helpless and perplexed by his pleas for relief. In the front seat, I cannot manage much more than a “We’ll be there soon,” hoping that will calm him. It never does.

I become aware of Max using drugs when, as a freshman in high school, he is expelled. Higher than a proverbial kite on eight Xanax, he is found doling out peachy colored pills like candy to classmates as they passed him in the halls.

He does his first rehab stint at nineteen. Outpatient. He lists heroin addiction on the intake form, albeit I don’t think he ever met a mind-altering substance he didn’t like. I beg the doctors to put him in an inpatient program, but insurance won’t cover it.

By the time he is twenty-one he’s been using for years, still, I am surprised when I receive the phone call. END_OF_DOCUMENT_TOKEN_TO_BE_REPLACED