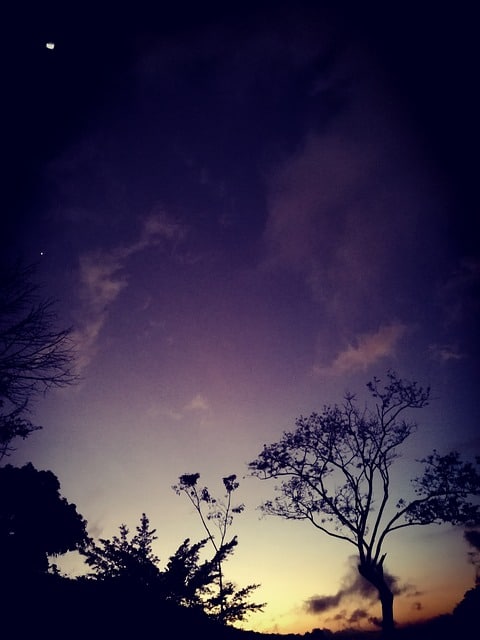 I got up to get ready for work, took a shower, and forced myself to blow dry my hair while tears dripped down my red, blotchy, scrunched up face and tightness pulled across my chest. I had this infuriating desire to do a handstand into a somersault—or to burst every inch of bone, muscle, and organ out of my skin. I didn’t just want my insides to escape my body, I wanted to be the one to initiate the explosion, to be in control of the process–to  push the button. 3, 2, 1…be free.

At that moment, I was (and I still am) physically incapable of both doing a handstand into a somersault and exploding, so, naked and sobbing, I climbed back into my bed, pulled my tangled sheets up to cover myself haphazardly, and lay there on my back with the sun shining brightly through the shade and curtain in my window.

The sun reminded me of a recent conversation I had with my father while we sat in lounge chairs in the backyard of the house I grew up in. We had been discussing why my mother, who had passed away a year ago from cancer at the age of fifty-six had to leave this Earth. Why her? Why at that time? How could we have prevented this? Prevented the cancer from coming back, from spreading to her liver, spine and, eventually, her brain? How could we have cured her?

“There’s a lot of things in this world that I don’t know, but the sun feels good,” my dad said after a long moment of silence.

With those words carouseling through my mind as the sun shone through my window, I thought to myself “what a beautiful day to not exist.” So I lay there, the closest I can be to nonexistence, drifting in and out of consciousness.

Eventually, not knowing how much time had passed, I pulled myself out of bed, got dressed, packed my lunch, and walked into the sunshine and down the dirty sidewalk, over the windy bridge, past the sketchy convenient store, avoided eye contact with people waiting for the bus, and skipped over puddles and potholes in the sidewalk. I sat down at my desk at work and and squinted my eyes at the dizzying light of my computer–all of my applications and files and browser tabs automatically opening.

I didn’t do any of those things.

I truly believed that I did, but in reality I was lying in bed, sheets pulled over my body and head like a cocoon. But I didn’t think about that then, my thoughts didn’t even extend so far as to acknowledge that I was in a cocoon.

I woke for a moment and rolled over on my side, but that wasn’t right. There was too much height to my body across my hips and shoulders, I was protruding too much from the bed—far too close to existing. So I lay on my back, fading in and out in and out of existing to myself.

My phone buzzed. That’s work emails asking me to complete tasks I will try to do today, but will end up not getting to until tomorrow. That’s the place I will start teaching Zumba asking me if I’ve finished designing the flyer. That’s my friend inviting me out to her birthday party. Shhh, shhh. Don’t they know I don’t exist?

No one else knows if I exist right now or if I existed earlier today. Is anyone wondering? Probably not. They are all caught up in their own existence, so busy and rushing and worrying. That doesn’t bother me, though, In fact, I feel sorry for them, because today I didn’t have to exist and that is a nice thing to do. I will have to really exist tomorrow, but I didn’t think about that because the tightness in my chest would come back, it would become harder to breathe, and I would want to burst out of my own skin again.

The sun started to fade and my body ached from staying still for what was probably quickly approaching 24 hours.

I forced myself up to go take a yoga class. It was heated yoga and I hadn’t eaten all day so I had to step out of class for a few moments because I almost fainted. The instructor suggested a pose that I had never tried before. “I can’t,” I said aloud, even though I never say that. “Don’t say you can’t without even trying,” he said. I knew that, I say that to people all the time. So I tried and I did it and I felt beautiful in the pose.

And that was good, but it didn’t solve my problems. I still had the tightness in my chest. A couple days before my mom passed, I sat in the living room as my mother lay in her bedroom directly above me unable to speak and her chest rising and falling, someone always there, hovering over her to watch each breath. Wounds developing on her back from the inability to leave her bed and occasional gurgling the only sound coming from her mouth. I knew then what it felt like to have a heavy heart. I said that aloud to me sister. She said “Yeah, if feels like you have a cement block on your chest.”

But what I felt today wasn’t heavy like a cement block—it felt like the muscles were being ripped from my ribcage in opposite directions. I’m not sure which is worse.

Even as I walked home from yoga, the tightness in my chest remained until I looked up in the sky and laughed aloud. “Sliver of a moon. Venus only star in the sky.” That is what I saw and those words rang in my head. I had recently read them in a journal that my mom wrote as she and my dad drove cross-country for their honeymoon. She wrote it as they were driving into Chicago and I thought it was beautiful. Sliver of a moon. Venus, only start in the sky. 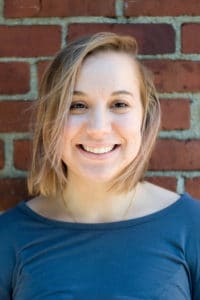 Sarah Dwyer is a writer, nanny and yoga teacher based in Providence, RI who recently Jen Pastiloff at her On Being Human retreat at Kripalu Center for Yoga and Health. In addition she leads yoga workshops and retreats including Moving Through Grief workshops. Her weekly teaching schedule and upcoming workshops and events are available at wateringwhole.org. 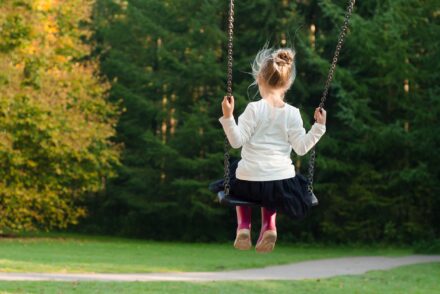 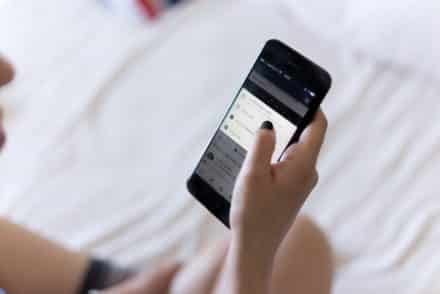 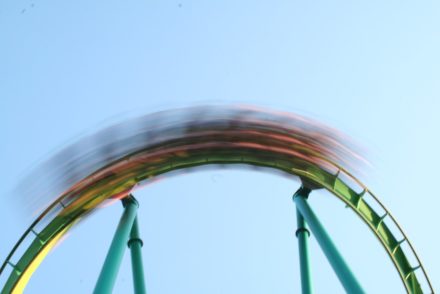