TRAUMA, MARY OLIVER, AND ME: HOW POETRY SAVED MY LIFE 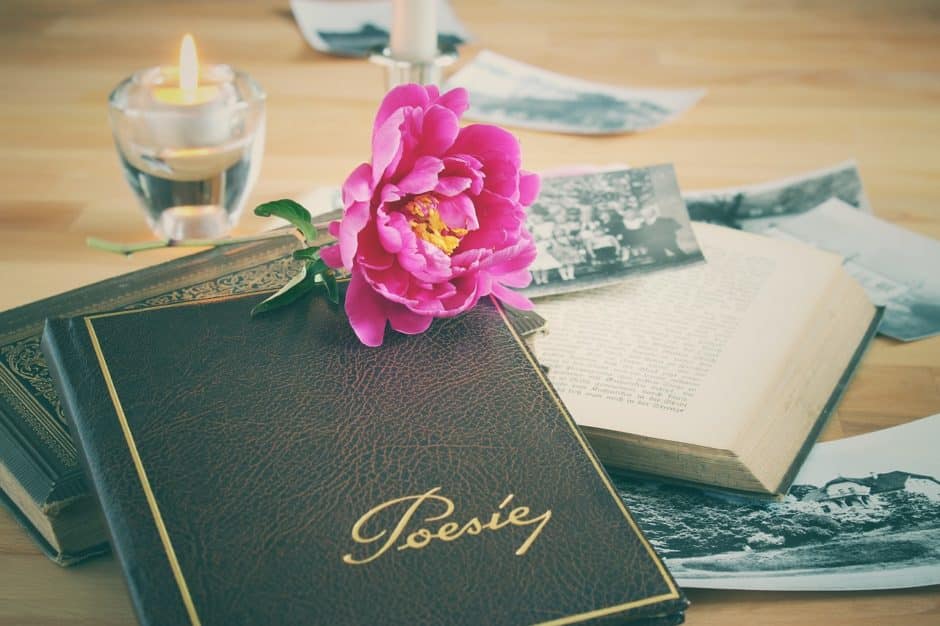 Mary Oliver, who died recently at 83, lit the way forward for me when I doubted that I could ever move past suffering into survival, let alone beauty and joy.

In 2011, I was a poet who had stopped writing poetry. Although writing had long been a trusted friend, holding my hand as I remembered being sexually abused as a child, writing also seemed to hold me in place, to mire me in pain.

Much of the poetry I had once loved now seemed to mirror back to me violence and suffering.  I didn’t want to be the cliche of the unhappy poet, or worse. Two of my poet friends, both also graduates of the my PhD program, had recently committed suicide. I often thought back to Sylvia Plath and Anne Sexton, two mother poets who had famously committed suicide. I couldn’t help but wonder if poetry was doing us more harm than good.

I was a mother of two young kids when memories of a babysitter abusing me came flooding back. If for a while writing poetry allowed me to express my feelings, I soon worried that the form was holding me in my pain with no way out. I decided to move away from poetry, to write non-fiction instead.

Her admission didn’t fit with the picture I had of Oliver as a “happy” and “easy, accessible poet.” In my poetry circles no one, including me, had taken her seriously. Her celebrations of nature felt too light. In our early twenties, we felt we had to suffer. But what if we’d misread her—and in misreading had not only missed the wisdom and weight of daily existence but also our ability to come to greater happiness through poetry? What if, instead of not being considered “serious,” at least by those in academic programs like mine, Oliver had another model for poetry, one that provided a path out from suffering?

Although Oliver is roughly the same generation as Plath and Sexton (just 3 and 7 years younger), her poetry followed a different path. Her poems are, above all, celebrations: “When it’s over, I want to say: all my life/ I was a bride married to amazement./ I was the bridegroom, taking the world into my arms.” she wrote in “When Death Comes.”

That celebration, years after I had discounted her poems, now seemed hard won.

Even if Oliver hadn’t shared in interviews before that she’d been sexually abused as a child, the abuse was right there in her poems, if you looked. The abuse shows up most clearly in Dream Work, the book she wrote after winning the Pulitzer Prize. Dream Work is largely about the devastation of Native American people and culture, and perhaps it was only with the authority gained by winning the country’s biggest poetry prize, and by looking deeply at the suffering and injustice of the place where she lived, that Oliver was able to start to look at and write about her own childhood abuse.

In “Rage”, a key poem from Dream Work, the speaker addresses her father:

But you were also the red song
in the night,
stumbling through the house
to the child’s bed,
to the damp rose of her body,
leaving your bitter taste.
And forever those nights snarl
the delicate machinery of the days.

“Rage”, directly about the pain of incestuous sexual abuse, seems unlike Oliver’s famous poems of exhilarating epiphanies in the natural world, but many of those poems find their exhilaration in acknowledging great suffering, and then rising above it.

For Oliver’s poems never stay too long in the dark place.

“Wild Geese,” one of Oliver’s most famous and most widely quoted poems, comes directly after “Rage” in Dream Work. “Tell me about despair, yours and I’ll tell you about mine.” she writes. When Oliver says despair, I feel it deep down.

So much of what happens in trauma is that we get frozen in the traumatic moment. I certainly did.

But Oliver doesn’t linger with the trauma. The poem continues: “Meanwhile the world goes on./Meanwhile the sun and clear pebbles of the rain/ are moving across the landscapes…” The poem invites us to see our connection to the natural world around us. It also places that “easy” natural scene in relation to “despair.”

Meanwhile the while geese high in the clean blue air,
are heading home again.
Whoever you are, no matter how lonely,
the world offers itself to your imagination,
calls to you like the wild geese, harsh and exciting—
over and over announcing your place
in the family of things

Mary Oliver gave me hope that I wouldn’t always be a hostage to what happened to me. Her poems reminded me that I had a choice about who I wanted to be and how I wanted to respond to my own pain.

Oliver seems able in her poems to step through her pain into wonder. Over and over, her poems show that, as Rumi, always an inspiration to her, put it, “the wound is where the light enters.” Oliver’s poems remind me that we are bigger and more connected than we might at first think, and that poetry can be a path and doorway to remembering our wholeness, to coming out of silence into a larger world, outside of our scars, full of wonder. As Oliver writes in “Praying”: “this isn’t/ a contest but a doorway/ into thanks, and a silence in which/ another voice may speak.”

Though she has been seen by many in the scholarly poetry world as too easy, or too celebratory, Oliver wrote for those of us who, with our own traumas, are deeply moved by her work and understand that the sense of ease and belonging in her poems did not in fact come easily. When Oliver’s poems are read at weddings and funerals, at yoga studios and birthday parties, it is because, while so many readers are living with pain, she provides a way forward, to reclaim joy in the wonder of the every day.

Her famous poems are famous because they’re lifelines for so many: from her advice to listen to one’ own voice and “to save/ the only life that you could/ save,” despite whatever family ties might be holding one back in “They Journey” to her question at the end of “The Summer Day,” “tell, what is is that you plan to do/ with your one wild and precious life?” she speaks directly to so many of us. Her poems ask us to take responsibility, to choose what we pay attention to and how we live in the face of suffering.

And this, it seems to me, is a deep question not just for us individually, but also for us collectively. In a world so full of destruction and trauma, Oliver is a wake-up call to continue to pay attention to and care for the beautiful, and not be subsumed, as so much media seems to subsume us, in more of the same toxic energy. Because of Oliver, I started not just writing poetry again, but living more joyfully again.

Today Oliver’s past as an incest survivor is still rarely mentioned, and her childhood is a side note in her biography. But as other survivors know and as careful readers of her poems feel, the pain of her childhood is central to the way she experienced the world.

In our age of #metoo, I hope that Oliver can be remembered not only as a nature poet and a gay poet, celebrating love and connection, but also a survivor, who both put language to her suffering and who found a hard-won path out, a poet who speaks to the full spectrum of our experience, a poet who encourages us to be conscious not just of how we put words on the page (she is always masterly in her craft) but also of how we live, a poet who reminds us of our own strength in the face of pain and of the beauty that is always right here.

I also can’t help wonder whether Oliver’s own difficult path, too, like that of Plath and Sexton, might have been different if she had had more language and more supports for her difficult experiences. Might part of the disdain that some of the male literary community had towards Oliver have come from her explicit naming of her sexual trauma (a very sucessful older poet once told me that she’d been explicitly told in her MFA program that if she wrote poems about her sexual trauma history, she’d never get published and to this day, she has never published poems about that topic).  Might there be a a way in which we put appropriate language to our traumas and also move on, in which we are neither subsumed by our traumas nor need to evade them because they are too painful?

Mary Oliver’s life is an example, and a lifeline, that will continue to show us that there just might be.

Years after first reading her as a college student and not relating to her words, rediscovering her was a gift that helped keep me alive. Now that my own trauma wounds are healing, Oliver still provides a model, teaching me to show up, pay attention, and be a voice for what I value in my own life and in the larger world.

Even if we die at 83, life is short. As Oliver says, “everything dies at last and too soon.” Like Oliver, while I’m here I want to be a bride married to amazement and live consciously to create for our children a world of more beauty, not less.

Nadia Colburn’s debut poetry collection, The High Shelf, will be published in 2019 with WordWorks Press. Her essay “Listening to My Body” appears in the anthology The Anatomy of Silence: Twenty-Six Stories About All the Shit That Gets in the Way of Speaking About Sexual Violence and other essays and poems have been widely published in more than seventy publications including The New Yorker, American Poetry Review, Spirituality & Health, Lion’s Roar, Truthout, Slate.com, American Scholar, Grist.org, Literary Imagination, Boston Review, Kenyon Review, Harvard Review, Yes! Magazine, Yale Review, and many other places. Nadia holds a Ph.D. in English from Columbia University, and a B.A. from Harvard is a certified Kundalini yoga teacher and an Order of Interbeing aspirant in Thich Nhat Hanh’s Plum Village Tradition. She is the founder of Align Your Story classes and coaching. Nadia has taught literature and creative writing at Lesley and MIT. See more at www.nadiacolburn.com. 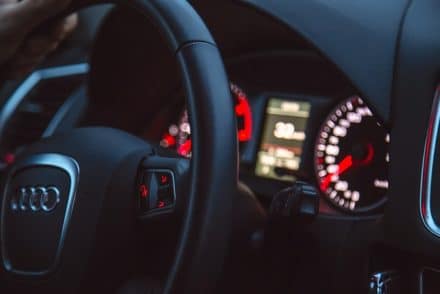 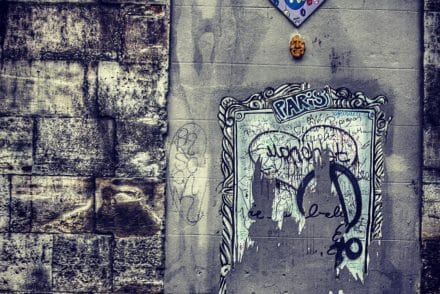