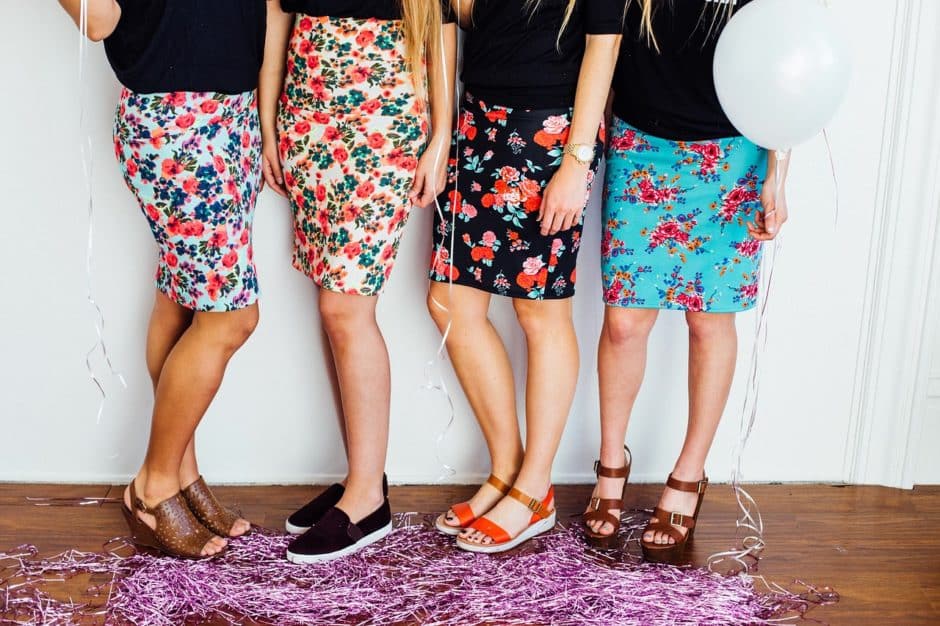 Last week I was at the pool for my boys’ swim lessons. My husband was picking up the babe from daycare so I was enjoying the quiet time, giving the boys an occasional wave and thumbs up, but mostly just zoning out. After three kids, I’ve stopped feeling guilty about ME time, and instead, try to soak up the moment. No screaming, no fighting, no whining. Amazing how 10 minutes of alone time can restore your sanity and feel like a weekend getaway to a five star resort.

Suddenly, from the other side of the pool I heard a little girl start to cry. She was sitting on the steps, surrounded by the others in her lesson – and she just started losing it. I watched as her mom (who was carrying a very small newborn) walked over to the girl and quietly whispered something into her ear. The girl started screaming louder, and I painfully watched as her mom desperately tried to calm her. It was your typical toddler meltdown, we’ve all been there. Long story short, it quickly escalated and the next thing you know the mom was trying to pick up the slippery, wet, screaming toddler – while holding her other baby – and trying not to lose her shit.

I immediately looked at the other parents that sat around her, and noticed that they were all staring in disbelief. Judging. Shaming. Some even whispering to one another. My heart broke for this fellow momma – not because I thought she was a bad mother or that her child was misbehaved. But because in a time of need, in a place we’ve ALL been, not a single person went to her rescue. I knew I had to help her. I got up from my spot on the other side of the pool, and I wish I could tell you that I swooped in and saved the day, but another mom beat me to it (bless her heart). My heart felt proud and inspired as I watched this stranger gently tap the mom on the shoulder, give her the “I’ve been there” smile, and offer to hold the baby so she could hog tie her now hysterical daughter.

As I reflect back on this, my eyes fill with tears as I think about how lonely and overwhelming motherhood often is. Having and raising little humans is something no one should face alone, we weren’t meant to – motherhood is the ultimate universal connection. We are a tribe. A sisterhood. A family. If anyone should know and understand the magic and messes that accompany raising children it’s a fellow momma. We have an unbelievably unique opportunity to support and lean on one another, but instead, we are too busy measuring one another up and tearing one another down.

Unfortunately, I feel like the new moms take the hardest hit, especially during those first few weeks postpartum. For some reason, we’ve created this ridiculous expectation that moms have to have their shit together – you know: shower daily, keep a clean house, and get their body back – all with a grateful smile on their face. Let’s be real…those first few weeks are painfully hard. Adjusting to life with a newborn, adult diapers, crotchsicle ice packs, running on little sleep, breastfeeding difficulties, recovering from BIRTHING A HUMAN BEING – the list goes on. For whatever reason, nobody talks about how DAMN HARD it is. Instead, we all just continue to post the perfect pictures and reinforce the unattainable expectations for the next generations of moms to come.

So I beg you – let’s start talking about the ugly…the shit we pretend doesn’t exist on social media. Instead of posting pictures of our super advanced children, playing nicely, while eating their all organic homemade meals…what if we allow ourselves to be vulnerable and post about the tantrums, the messes, and the bag of MSG packed cheese puffs I just gave my five year old to get him to shut the hell up for two minutes so I could finish grocery shopping. Instead of shaming one another, why not support and lift one another up?

Do me a favor, next time you are about to delete that unflattering picture that shows your mom belly covered in stretch marks, or your messy house at the end of the day, post it on social media instead. Next time you see a fellow mom with a tantruming child at Target, give her a smile and let her know you’ve been there too. Talk to other mommas about the hard stuff – the days that test your patience and break your spirit, the time your child went through that nasty biting phase at preschool, or the time your 3 year old said FUCK at the dinner party. Compassion and humility go a long way. Let’s build confidence in one another by being real about what motherhood really looks like.

I will be the first to admit that my life is not perfect. Far from it actually. I’m not always a good mom or wife. I lose my temper and yell too much at my kids. Sometimes I’m so tired at the end of the day that I cruise Pinterest instead of reading my boys bedtime stories. I turn into a total raging BITCH and take everything out on my husband when I’m lacking sleep or stressed. But that’s just it. We all have our faults. There are things we fail at daily. Every single one of us has skeletons in our closets, and ultimately, these imperfections are what make us human, and most importantly – relatable. Let’s start talking about it. Let’s give ourselves and other mommas a break. Let’s stop pretending that our shit doesn’t stink – we all have baggage, let’s own it…hell, let’s celebrate it even!

Callie Boller is a wife, mom of three, and the ringleader of a traveling circus show. She swears too much, runs to stay sane, and loves hard on her little tribe (even though they leave trail of complete destruction everywhere they go).  She writes about motherhood. Writing provides Callie a space to process all the crazy that goes along with raising three children; but she also hopes to use it as a reminder not to take this motherhood gig too seriously! She can be found on Facebook, and has a blog. She is also on instagram as: mylittletravelingcircus. 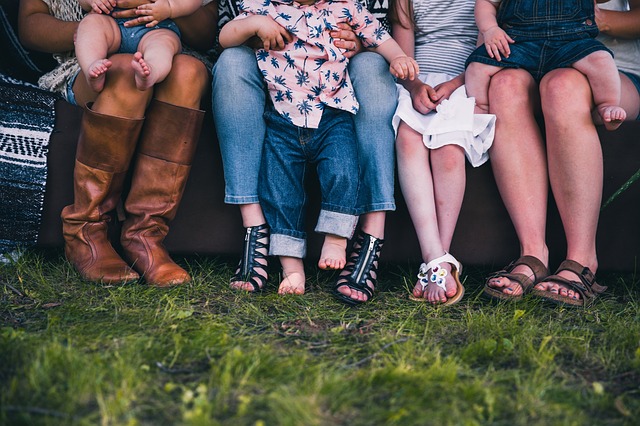 I’ve only been a mom for 6 years, so I am definitely still a rookie, but one thing that I’ve learned during my short time with this parenting gig is that everyone is an expert. Whether it’s the woman in line behind you at the checkout stand, or your co-worker down the hall, EVERYONE has an opinion on the right way to do motherhood – and they are willing to go to WAR over it.

I can go on social media right now and find countless mom-shamers with thousands of followers, you know…the ones who only let their children play with wooden toys, wouldn’t even speak the words “formula fed,” and have a PhD in being a perfect fucking parent. Something about the combination of a keyboard and those damn Instagram squares makes people delusionally entitled. The judgmental comments, the better than attitudes – I’m so over it.

So here it is. This is MY WAR on Mommy Wars – and here are my rules of engagement: END_OF_DOCUMENT_TOKEN_TO_BE_REPLACED