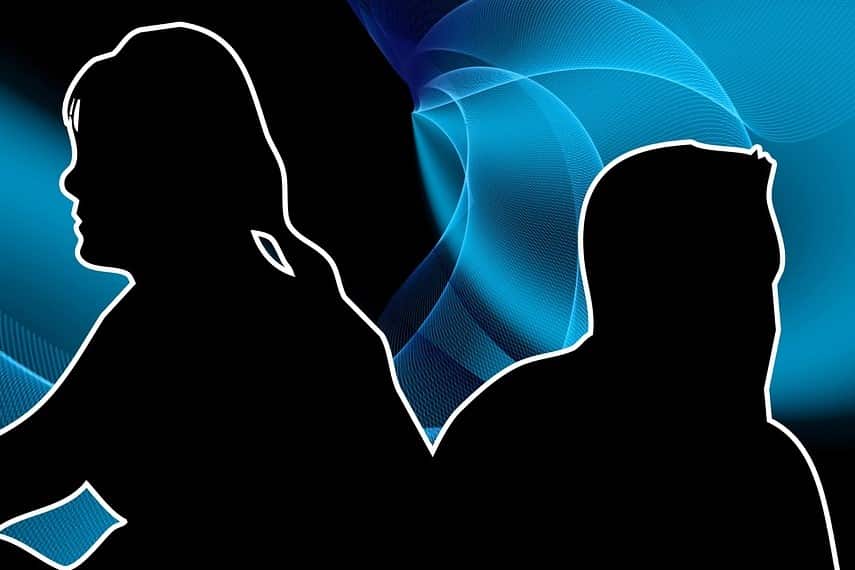 I have to do all of this by phone so I can’t upload it as a file. I’ve attached a picture instead because I can’t submit without an upload. My submission was written and hidden as a draft email. I can’t risk it being found. I can’t use my real name. This was written in June. I’ve begun to narrate the thoughts I have because imagining them as a story I am telling as opposed to an experience I am living, makes it somewhat more bearable. Even if not selected, I wanted someone else to know of my pain.

“I can’t wait for Trump to be re-elected………best president….feminists want feminism when it suits them, they want it both ways……”, I cringe and shrink. The words are coming from within my own home. Not on the tv, not the internet, not on a podcast, but from my own husband’s mouth. I can feel my heart rate increasing. I’m anxious, I’m in survival mode. We’ve been home together every single day for 3 months. Apart only when one of us goes to the store. I can feel myself struggling more to emotionally navigate through each day. I can’t sleep. I’m always on edge. Things are challenging with our children. I can dish it out and I’m not timid, but I avoid political conversations at all costs. Have you had a discussion with a Trump supporter? Have you tried to reason with one? They don’t want to hear you. His disregard for etiquette, his disregard for women, his disregard for common sense. Trump has given every man the green light to treat women as he does, to dismiss any woman who questions them, who has an opinion not aligned with his own.

We weren’t always political opposites. We both were passionate about Obama leading up to his election, and during the years of his presidency. We debated friends over his brilliance and the impact he’d have on our country. We prominently displayed Obama signage in our windows. I don’t know what sparked the transition to Trump-dom, but it began long before Trump’s arrival on the political landscape. It first started with my husband committing to one ill-reputed media source after another, and believing more and more of what he heard. A once minor divide widened to cavernous proportions.

I believe couples can have opposing beliefs and still have a healthy, loving relationship – perhaps only until those beliefs involve Trump. I feel absolutely shattered that this is who my (by the way, immigrant) husband supports. I rarely invite friends over to the house less politics come up. Just like Trump, he would counter any reasonable response with an ill thought out, dismissive rebuttal. I always refrain from engaging when he spouts Trump-isms. Like Trump he is mostly speaking to validate himself, and not to have actual intellectual discourse. Because on top of intense anxiety (that I can’t even remember if it was as intense prior to 44) and four children, this is too great an argument for me to become trapped within.

The impact of Trump has gone beyond conversations that are political. My husband is easily bothered by trivial things. It’s always someone or something’s fault. It is never because he has chosen a negative reaction. Everyone else should change, everything should meet the invisible standard that he has set – the one that he won’t inform you of until you’ve failed to meet it. You should have known! Once I said, “The reason you like Trump so much is because he communicates just like you!” I saw it actually took a few moments for him to register that it was not a compliment.

When I mentioned that I was going to watch the Together Graduation 2020 event (because we had a graduating senior this year), with Obama as commencement speaker, he let me know that if I turned it on he would turn something else on, to tune mine out. I am in the den every day while he is one room over watching both current and past news segments of ass kissing Trump reports and I never ask him to turn it off because it will be a fight. Now that I’m going to turn on something he doesn’t like, he Trumps out on me. When I question him, his glare becomes dark and he asks “Do you want to start a fight?” No, actually! What I want is to feel free to say how I feel and be involved in an adult conversation where our opinions differ and have it be ok. Instead of my admittedly fragile state not being able to withstand a Trump level argument that would just be him eventually yelling (but saying it’s not yelling) about liberal sheep.

Leaving, and why I haven’t, is a whole other story. As much as we hear how “Anyone can do it” and “If you really wanted to you would find a way”, it is truly not an option for every single person. It is not an option for me today, or in the near future. I was a stay at home mom for almost two decades, now I work part time to accommodate school drop off and pick up for two young kids. My husband has a successful career, and travels semi-regularly. During those trips I could breathe, I’d be so productive, things were easier with our children. I don’t know when I will catch my next breath now. Some days I hear him in his man cave, Trump-ing through a phone call and I go to my room and scream into a pillow, or I cry. It is absolutely draining.

Some of the things I am doing to cope, that whole self care concept that we keep hearing about, weren’t possible pre-shelter in place. With the absence of a brief commute to and from work, school and activity drop offs and pick ups with long waits, and social activities for myself and the kids, I now use that time to actively make an effort to keep my head above water. For me it is little things that are fulfilling and I love the small wins as someone who usually has the best intentions but never remains consistent. I exercise just 30 minutes daily, walk on the treadmill 3x/week and yoga on the in between days, I take a long, hot shower every night while I imagine washing away all the bad energy I am exposed to all day, and just hope for an uneventful next day, I read- to escape into another world, another mindset, an immersion outside of my own heavy reality, and I listen to guided meditations and sound baths, to get as comfortable as possible as I try to minimize the anxiety – even temporarily, and I have tele-sessions with my therapist.

With the election upcoming and no candidate to be excited about, I’m in a lesser of two evils mindset. Once upon a time I thought that once Trump left office, the constant politically induced pontificating would begin to fade. Maybe a reconnection would be able to start. Now with sheltering in place likely to continue through the summer, and November just around the corner afterwards, I’m less hopeful of that possibility, and am taking things moment by moment in order to protect my mental health. I think Trump has brought out the worst in many, and has validated the worst in people to be revealed.

Zarr is a mid-40’s mom living in Seattle. Trump has become the ultimate stalemate in her marriage of over 20 years. Despite her efforts to treat it as a non issue, which still causes tremendous internal self loathing and emotional turmoil, the negativity and hatred permeates her being. 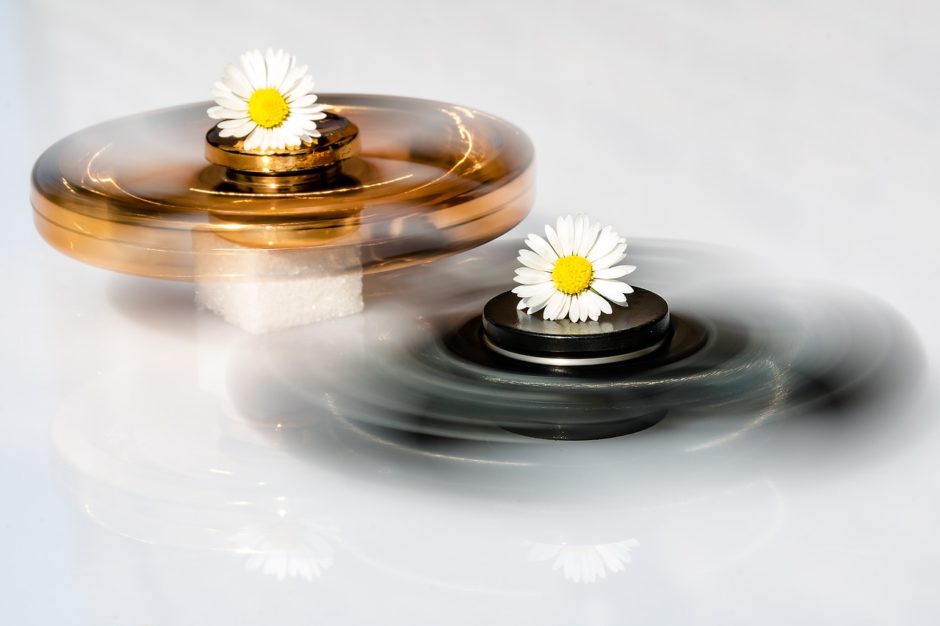 I’m OK. I’m definitely OK. Autism isn’t contagious. It isn’t a deteriorating condition. And there are so many people like me. While the stereotype of autism may still be a boy with verbal and/or intellectual challenges—and don’t get me wrong, those individuals absolutely are present and deserve the same rights as anyone!—half or more have IQs that are average to above average, sometimes way above average. (Though non-speaking doesn’t mean non-communicative.) Lots of us are women, and a bunch are nonbinary or identify in other ways. And all of us, God willing, grow up and become adults. END_OF_DOCUMENT_TOKEN_TO_BE_REPLACED 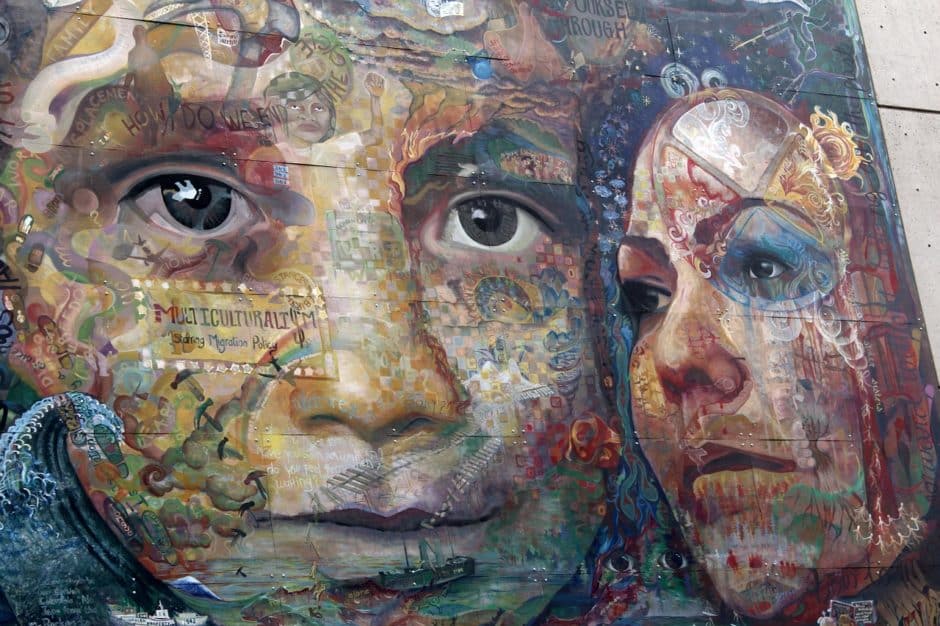 My earliest childhood memory is a lesson about race. My dad was going to the local YMCA to work out and I wanted to go with him. As a young child, I had been a swimmer. It’s not something I remember, but I’ve seen enough pictures to prove it: the bikini on the field trip to the fire station, the one piece worn over tights and a turtle neck in cold weather. I wanted to swim and my dad knew how much. When he told me I couldn’t go, it didn’t make any sense. He said we’d have to go with my mother; she could explain our connection. He told me that people wouldn’t believe he was my dad because he was Black and I was white.

Before that day I knew about race; I wasn’t blind. I saw that my dad and grandparents were a different color than my mother and me. It didn’t matter that we weren’t related by blood; there were enough step-parents and blended families that my situation wasn’t unimaginable. What I didn’t understand was the importance of race in the world outside of my family. END_OF_DOCUMENT_TOKEN_TO_BE_REPLACED