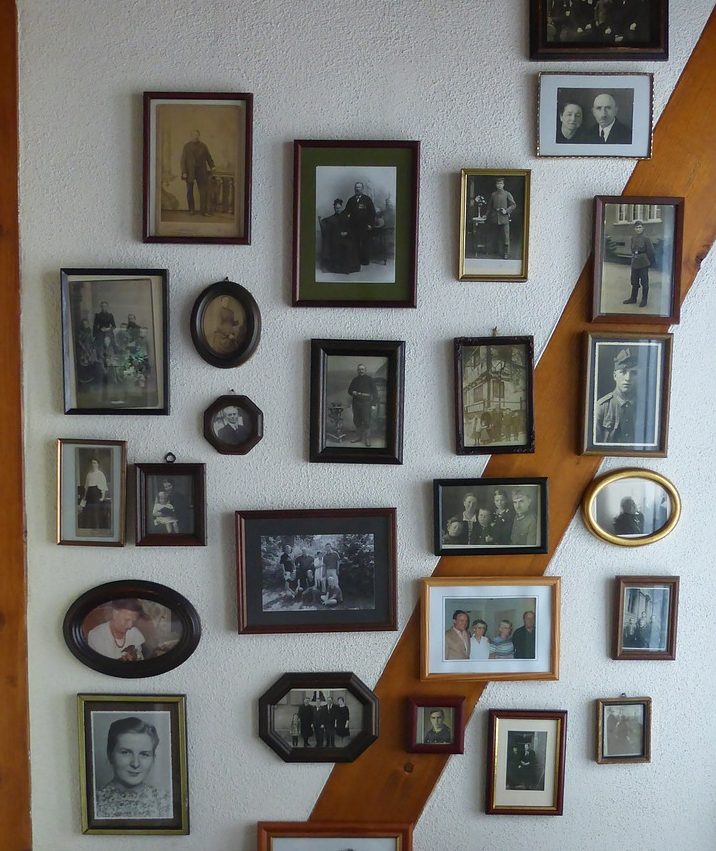 I am a descendent in a lineage of shame.

I grew up in a house and a body filled with shame of various colours and flavours, from mild blush pink to angry blood red. The generations who came before me passed the shame along from parent to child, wrapped carefully in the folds of pivotal childhood memories like it was a precious family heirloom.

The shame was toxic and suffocating, yet never spoken aloud.

To name it would have provoked dismissive scorn and mocking tuts, whispered judgements of being “over dramatic,” “ridiculous” “selfish” or “stupid.” Those messages — messages which are as intense as I am — reverberate around inside me even as I write about it.

The first time I remember feeling uncomfortable in my skin was when I was very young. I’ve thankfully remembered over the last 14 years of personal inner work that there was magic in me, but there was also strangeness too — a wariness, a watchfulness, a mistrust in the world and the people in it, a belief that I didn’t quite fit, that I didn’t belong.

By the age of seven, I had begun to feel distinctly awkward in my skin. Stick thin and lanky, I was all bones and angles. I had experienced the gut-wrenching heartbreak of begging my alcoholic mum not to go to the pub, pouring my tiny heart out all over the floor, and her not staying. I had experienced head lice that made mum shriek in disgust, and had been at the mercy of my awkward, jangling limbs kicking a football the wrong way up the pitch at school, prompting my classmates to get angry with me.

I became inwardly rigid, scared and nervous and watchful around other people. There eventually came a point when all this stuff couldn’t just keep building up anymore; it needed somewhere to go.

My body became the enemy, especially when I entered puberty.

It betrayed me on a daily basis, as inescapable as prison. I was powerless. Things kept happening to it, things I couldn’t direct or make sense of. My friend Jenny’s boobs appeared out of nowhere but mine were nowhere to be seen, unless you count the tiny ‘breast buds’ that promised so much and delivered so little. Instead, my body cut countless stretch marks into my inner thighs, then my bum, then behind my knees and even onto my calves. When mum told me they were irreversible, I was so horrified I nearly vomited. How could this be happening to me?

It wasn’t just my body that I hated though; it was me. I hated the way I behaved around my friends. Desperate to fit in, yet never feeling like I really did. Wishing I had the cool, calm confidence of some of the girls at school, yet knowing that the only time I ever felt like that was when I was intoxicated and even then, I couldn’t avoid making an idiot of myself. Aching to feel something other than the perilous uncertainty I felt when I turned the smooth round doorknob of my tutor group classroom each morning, never knowing what would greet me on the other side. Just like at home. Never knowing if the kitchen door would be open (meaning mum would be there), or if it would be closed (meaning the wine would have already started and the monster would be there instead).

On and on it went, layer after layer of shame building up within me like grease and grime accumulating on a kitchen counter until one day you can no longer tell the original colour and texture of it.

I didn’t know back then that I had been born into a family that had, for generations, produced functioning alcoholics, mother-daughter abandonment, secrets and abuse. I knew the odd story here or there about certain family members, and knew about the abuse my mum had experienced as a child, but I had no idea that I was sort of predestined to have a bunch of ancestral crap land on my shoulders, crap that would become beliefs, which would lead to behaviours, which would shape a whole way of life.

Recently I learned that the egg that was to become me was inside my mother’s body when she was inside her mother’s womb. The pioneering work of epigenetics is shedding a whole new light on the concept of multi-generational transmission of trauma. To think that what my grandmother was experiencing when pregnant with my mother could have a direct impact on me is quite astonishing.

Of course, as a little girl I didn’t have the words or concepts to begin to understand what I was experiencing. It leaked out through stories and drawings and phobias and feelings: a crippling fear, a haunting sense of being fundamentally flawed, the sick feeling in my tummy and my bones that something was terribly wrong with me.

For a long, long time, I didn’t know that anyone else on the planet felt like this. I thought it was just me.

And then, aged 18 and three quarters, I hit my first real rock bottom and entered recovery.

Recovery taught me a new language. It was the language of connection, identification and belonging. The relief of discovering that there were people — a lot of people — who felt the way I felt, was incredible. I listened intently and poured my heart out in darkened church halls, the tears never seeming to end. The first twelve months were the hardest, but each stage brought its own challenges and rough seas.

I learned about this strange new thing called “boundaries” from Melody Beattie, Pia Melody and my therapist. I cried thousands of tears in workshops and groups run by Clearmind International Institute. I stepped up into leadership within that organisation, learning how to hold the space for others to process their childhood wounds. For a number of years, my relationship with my family grew distant as I did the daily work of coming home to myself — work which I will write more about in the next three posts. There were months, years even when I barely spoke to my mum. There were times when I felt greatly misunderstood by my family, times when I felt desperate to get away from them, and times when I longed to connect even though I didn’t fully know how.

In the last few years, learning a bit about my family history has played a huge and pivotal part in my journey of coming home. I’ve discovered a family I never knew I had, both in terms of actual people I had no idea about, and in terms of the people I thought I knew but didn’t: both my dads (biological and my dad who brought me up); my mum; my five amazing half-siblings; my grandparents.

I’ve learned that the generations that came before me had their own great triumphs and breakthroughs, but also that my family history is full of loss, sadness, pain, and more loss — as are many people’s families. The endurance of the human spirit is truly astonishing.

The study helped me see that everything I lived through as a little girl and a young woman, right through to today, did not occur in a vacuum and was not solely of my own making. That in turn helped me forgive myself (something which I have found is both a process and a series of events).

Gaining the awareness that I am part of a great tapestry of interwoven human lives has paradoxically given me enormous freedom from the bondage of what I inherited.

Today I feel connected to all the women and men who had come before me, and right there, in a state of true connection, is the one place where shame cannot survive. As I uncover the secrets in my family’s legacy, I come to a deeper understanding of the places in my own life where I was driven to secrecy through shame.

And as the days, weeks, months and years pass, I continue on my path, deepening my connection to myself. For me, that also means deepening my connection to my family, coming to see that what is not an extension of love contains a cry for it. I understand and respect that many people cannot be in relationship with their family of origin. For me, being an active member of the system is the right decision. It is one of the gifts of adulthood to be able to exercise the right to make this decision. Today I choose to be part of a new legacy and a new lineage, breaking the chains that bind.

I no longer identify as being “in recovery.” Today this is simply how I live: as consciously, honestly and lovingly as possible. And bit by bit, I continue to learn how to come home to myself.

Elloa Atkinson is a life-changing coach, an inspiring speaker, and a writer whose work has been featured on the home pages of the Huffington Post and the Good Men Project. A certified life coach, Elloa also has over ten years’ experience of assisting, supporting and leading emotionally intense personal development work. She is a long-term student and teacher of A Course In Miracles and believes that we are all inherently whole, innocent and worthy of love and that our core problem is that we have forgotten that. Connect with her at elloaatkinson.com and via Facebook: facebook.com/elloa.atkinson.miracles