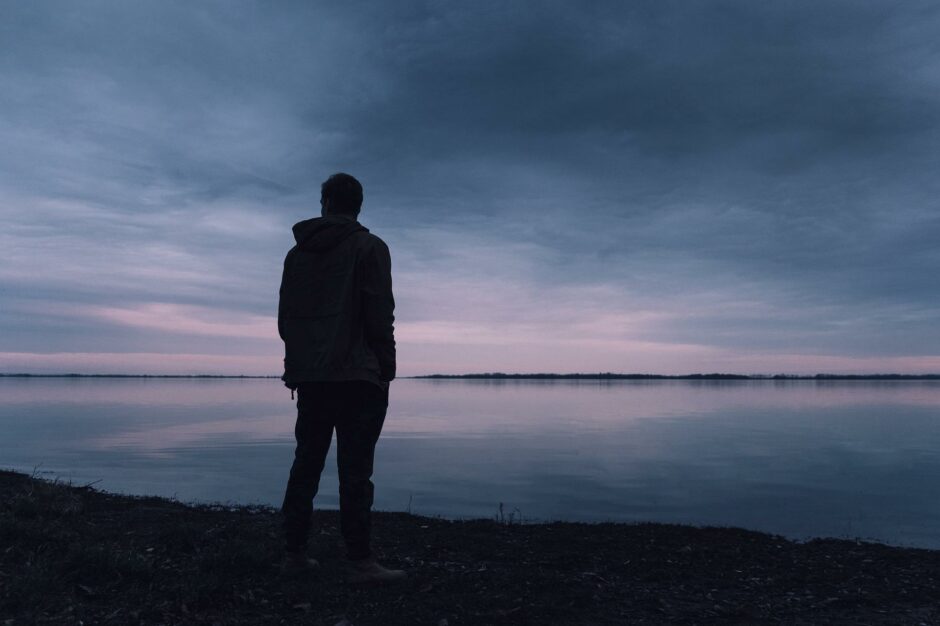 He is dead. Remember that as you read on. I’m telling you this now, instead of later, for a reason. Perhaps for several reasons. But one reason is more important to me than any other. This story will have no surprise ending. Its events did not take place in The Twilight Zone. Don’t suspect that Three Majors will be around at the end. This is page one, and I’m confirming that he remains dead.

Three Majors fell asleep at the wheel and was killed in a car-crash the night he left for Christmas vacation. He was nineteen.

The first time I saw him for any longer than it takes to pass in the hall or on the street was when he was in my room about half-way through fall term. He was helping Peter, my dorm roomie, catch up on a few weeks’ worth of back math assignments before the mid-term exam the next day. Peter and I played several games of penny-ante cribbage while Three Majors wrote out the relevant solutions (with commentary) for the more difficult “story problems.” When he had finished, when he had handed over the spiral notebook with page-after-page of impeccable Palmer-method handwriting (for both letters and numbers), Peter smiled and said “Merci, Three Majors, I owe you one.”

“You’re welcome,” said Three Majors, waving his hand and sliding a pencil into his shirt pocket. “It was elementary.” He nodded at Peter, at me, and strode rapidly from the narrow room, his tan walking shorts revealing two of the skinniest legs I had ever seen.

Wherever he went, Three Majors always moved as fast as he could. Like those Olympic race-walkers who toss their rears out of joint making their legs move so speedily. But he didn’t seem to have any rear, at least not that you could easily see.

And he always carried a battered cardboard-and-vinyl black briefcase with yellow-lettered AGE EIGHTEEN VOTE bumper stickers on each side.

He was called “Three Majors” as an insulting nickname (at least at first – for some, it would take on relatively respectful resonances). Many in the dorm disliked him for being so conceited. Whenever anyone asked what his college major was, his standard answer was complicated but concise: “Math, physics, and chemistry. I’m going for a doctorate in each.”

He was engaged to be married to a young woman named Norma, who at the age of fourteen had written a long novel about Madame Curie. Or so she claimed. No copy was ever provided as proof. She was the first person Three Majors had ever gone out with on what he called “a two-person social occasion.” A date, in other words. He told us he had proposed marriage after three hours and twelve minutes. He said she answered “yes.” She said she would marry him as soon as he graduated. She made that statement three quarters of the way through his first year of college.

He arranged to take a special test right away to earn fifteen credits in biology. He passed. In December, at pre-registration for winter term, he signed up for courses worth twenty-seven credits (with special permission from an academic advisor). I recall that he came back to the dorm that day and worked up a chart, done in blue felt-tip on white butcher paper, outlining his future program. If all went according to schedule, he would graduate with three degrees in two and one-half years. We all knew he couldn’t pull it off.

Some people who especially disliked Three Majors roughed him up in the third-floor communal shower one night because he refused to trim his sideburns. They were raggedly unattractive and looked decidedly un-cool. A couple of guys claimed he was giving the dorm a bad name. One kept turning a battery-powered barber’s clipper on-and-off and thrusting it back and forth, threatening to dispose of those sideburns, while another held Three Majors’ arms behind his back. There was no water running, everyone there was fully dressed (even down to their shoes), but something-or-other seemed naked that night.

He died wearing those sideburns, all mousy gray and scraggly – not stubbly – and not even close to full. He had a certain form of guts.

Peter made a B+ on his math mid-term.

He got up early to do the assignments in each of his three majors; but he stayed up much of the night doing the same thing, so waking up on time for class was a constant hassle. He solved the problem (sort of) by making his own alarm device. Made it out of an old tape-recorder and an old clock radio, two objects Norma sourced for him from a shabby second-hand shop down by the railroad depot. He recorded first the noise of three garbage cans toppling over in succession, then re-recorded that sound over a snippet of a bugler blowing reveille. This blasted on at an incredible decibel level every morning at five. This made some people mad.

The night before he left for Christmas vacation, he told a bunch of guys in the dorm lounge area that he opposed the war in Vietnam and was a pacifist. Somebody slapped him in the face. “Even now?”

Slapped him again. “Even now?”

Three Majors weighed between one-ten and one-twenty or so, and was just over six feet. Usually wore a white shirt inside the dorm, with a red, zipper-front sweatshirt over it when he went out to class. Normally went around in tan cotton trousers, very baggy, or in walking shorts on hot days. White, low-cut Converse basketball sneakers. Dark, ankle-length socks.

Peter heard it on the radio and rushed into the lunch-line to tell everyone who was still around. Somebody said: “Well, taking the philosophical view, it’s probably better for Norma – in the long run, of course.”

“Maybe,” somebody else said, “taking the philosophical view, Three Majors was too beautiful to live in a world like the one ours seems to be turning into. In the long run, of course.”

“What? Beautiful? That weirdo?”

I hit him hard in the face and he didn’t hit back. I wish he would have. I owed some pain to someone.

Raised in a bowling alley on the rural coast of Oregon, James Joaquin Brewer currently shelters in West Hartford, Connecticut while working on a novel about travel experiences in Beijing, China.

Published fiction, poetry, and essays are in (among other places) The Seattle Post-Intelligencer, The Write Launch, LitBreak, The Hartford Courant, Aethlon, Jeopardy, Rosebud, The Poetry Society of New York, Closed Eye Open.