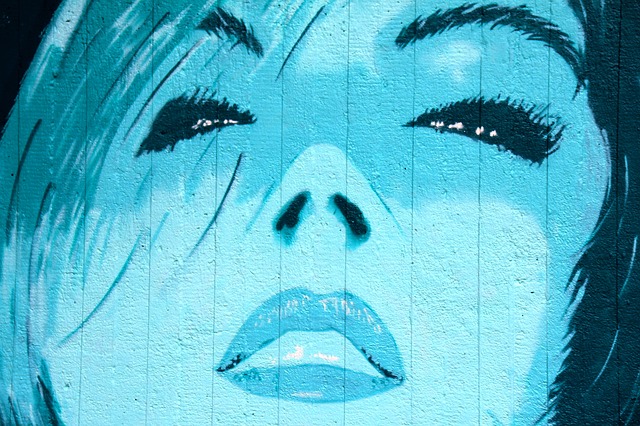 The first time I had sex was with my summer-before-college boyfriend on his gurgly waterbed in his dank, basement bedroom.  His mother winked at us as she left the house, and said, “Be careful, you two.”  She was a dancer, so maybe more open to bodies moving and touching and wrapping around each other than my own Catholic mother who counseled me on the sanctity of my body and warned that when you sleep with someone, you sleep with everyone they slept with before, a forbidding chain of penises-in-vaginas stretching back to the Neolithic Age.  I fell somewhere between Momma as condom dispenser and Momma as abstinence advocate: I was ready for sex but in order to make it happen, I needed to chug Budweisers.  More than one.  So the boy and I sat on the edge of the waterbed which sloshed beneath us like it had gastrointestinal issues, and polished off a few quick cans of beer.

My body was ready.  After all, I’d been studying my father’s old Playboys in the attic since I was eight, taking note of the rounded slopes of butts and boobs, and glossy lips parted mid-sigh. Also, years of self-practice, so just a matter of alignment.  And there was pleasure, sort of.  It wasn’t his first time, so things went where they were supposed to instead of say, misfiring into my armpit.  The problem though, was when we were done and rolled away from each other.  I wiped my eyeliner smudges with the back of my hand, and he shimmied back into his jeans, and I decided to be even braver: “I love you,” I said, with a desperate kind of hope.

He was quiet, and my heart whoosh-thumped in my ears because I knew he wasn’t going to say what I wanted him to say.  “I’m sorry,” he said.  “I don’t feel that way.”

My little eighteen year old heart dissolved in shame.  I’d assumed mutual feeling inside that mutualish pleasure.  The three beers not only loosened my jeans but my words, too.  Meaning making where there was no meaning other than two bodies reaching their expected conclusions. END_OF_DOCUMENT_TOKEN_TO_BE_REPLACED