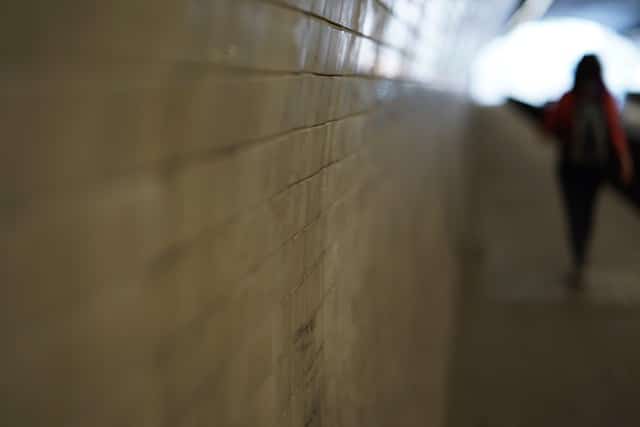 Note: most names have been changed.

My sister Gere’(Jer-ray) has been missing from her North Hollywood, California group home for several days. Raoul, her counselor, a stocky man, coiled with a black belt in martial arts, has the skills to survive in this socioeconomic oppressed part of town. He cares for the mentally disabled. His home is a place of refuge in hopelessness. But he can’t keep Gere’ safe after all, and he files a missing person’s report with Los Angeles County.

My father calls me in my Northern California home from his apartment in Southern California and explains, “She was badly beaten.” The police had interviewed Gere’. They told Raoul they had never seen anyone so severely beaten and still able to walk.

“She wasn’t taken to the hospital?” I ask.

“She bolted before the ambulance got there.” My father says.

Gere’ is 29-years old, has Tuberous Sclerosis, a gene mutation that causes tiny benign tuber-like tumors to grow onto the ends of the synapses in her brain. Autism, learning disabilities, hyperactivity, anger and defiance behavioral problems, ash-leaf shaped skin pigmentations, and seizures are a few of the symptoms of this condition. Some people with TS don’t have seizures. But Gere’s started when she was eighteen months. Each seizure causes brain lesions, which contributes to her cognitive decline. It’s easy for me to understand her confusion. The police are there to arrest bad people. The police are talking to her. It’s when the police leave the room to get some information from Raoul that Gere’ runs. END_OF_DOCUMENT_TOKEN_TO_BE_REPLACED