Pregnancy at Forty Versus Twenty 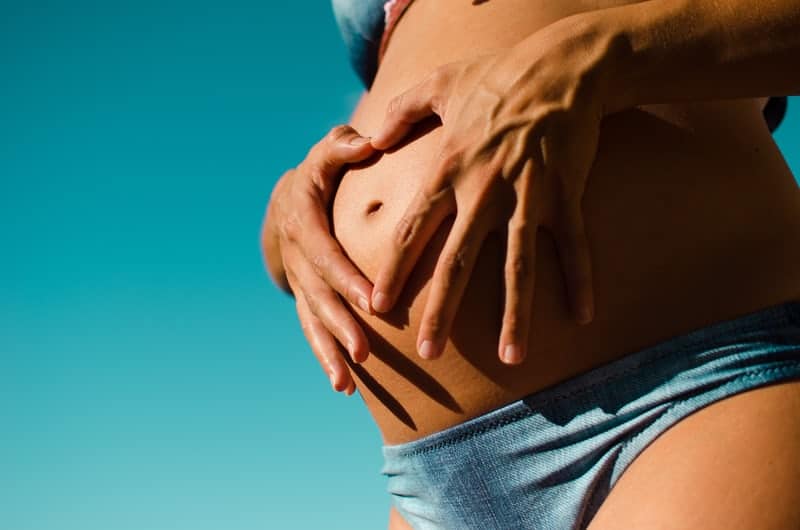 Tell people you’re pregnant and prepare for the unsolicited onslaught of advice from well-meaning folk.  “Get all the sleep you can, now!” most say.  Or, as a woman recently said to me, “These are the final days of your life as you know it.  Get ready to give up all control.”

I managed a half smile.  Considering how many times I get up in the middle of the night to pee, I feel I’ve already begun to receive the message: this body ain’t entirely under my jurisdiction anymore.

I mentioned how irritating people can be on the phone to my mother who had three children within five years and who would do anything for us, still.

I sighed, suddenly feeling exhausted.  “Everyone loves to tell you their horror stories.”  She had just told me (yet again) about the debilitating pregnancy pains that so often brought her to her knees forty years ago when she was pregnant with me.

“Oh, I know!  People say the strangest things,” she said before telling me how when she was pregnant with my sister she suffered from painful Braxton Hicks contractions.

Feeling guilty, I made a mental note vowing to be a more self-aware mother than my own.

“I just wish people could be a bit more positive,” I said while considering going into the kitchen to grab toothpicks to prop my eyes open.  I was in too much shock, too exhausted to worry about the actual practicalities of having a baby.  Loss of sleep and control felt like distant dilemmas compared to the emotional flush that colored my every thought:  ‘How am I going to do this?’  Not just raise a child but maintain my sense of self and not dissolve entirely within the role of Mother?

“The truth is, honey, once that baby comes, you won’t be able to imagine how you ever lived your life without that child.”

Gulp, precisely what I was afraid of.

I called my husband to vent, hoping to discredit my mother’s theory.

“How old was your mother when she had you?”

“Well, unlike her, you’ve lived a full life of your own before a baby.”

I sniffled, considering the five countries, two marriages, many men and jobs. ‘Full’ only half-described my life.

“You know very well what it feels like to have lived without a child until now.”

“I know she didn’t mean it but it just felt so invalidating.  As though my life has been all for nothing thus far because I haven’t yet been a mother. I will be able to imagine my life without a child because I was there.  I’ve lived thirty-nine years without a baby.”

“Honey, no one knows anything about what you or we are going through because no one is going through this pregnancy, now, but us — you.”  My shoulders loosened and my eyes welled.

What my husband and I didn’t touch on was my decision to terminate a pregnancy four years ago.  This was before his time, and even though years have passed, the decision still sits on my heart-space like a heavy kettlebell.  When your current pregnancy comes with the invisible, unforgettable weight of a past pregnancy that didn’t make it to term for whatever reason, everything is both.  Joy is laden with grief, happiness clunked with sadness, excitement filled with dread.

Having a baby at forty is a different game than having a baby at twenty: everything is anything but straightforward.  When you’re twenty, life has yet to happen.  All the loss, the divorces, the decisions, the regrets, miscarriages, abortions, cancers and surgeries most likely haven’t yet occurred.  (If you’re reading this and your in your twenties, forgive me for sounding like such a Negative Nelly.  As you know, there are joys, too.  And beauty.  Not to mention opportunities and successes, growth and learning.)  I’m simply saying that at forty, you’re playing from the other side of two decades of experience…and so are your friends.

When I found out I was expecting, I cringed at the thought of sharing the news with our friends who can’t have children of their own.  It felt cruel, especially seeing how my pregnancy was unplanned.  After all, choice is the ultimate freedom.  And because I am blessed to live in a first-world, modern society which respects the rights of women and their bodies, I had a pregnancy and a choice — two luxuries they very well may never have.

While it might not ring true for them, I feel I have a lot in common with those friends of mine who can’t get pregnant simply for the reason that, unlike men, forty seems to be the final mile marker in which you continue to have a choice.  At least where fertility is concerned.  Which is why the years approaching the big four-0 can be so tormenting for women who aren’t sure if they want a family, or aren’t in the position they’d like to be in to begin one.

Regret, as it turns out, comes in many unexpected forms.  Such is the nature of adulthood that, at some point, we must all give up our personal picket fence, Barbie dream house fantasy life that never quite came to fruition.  I suspect that even those women who mapped and planned, carefully executing their life’s course must learn to accept and reconcile their actual life with their dream life, their actual self versus the version of themselves they had once imagined and yearned for at twenty.

As someone who has tried repeatedly and (so far) consistently failed to accomplish creating the exact life I had always pined for, I’ve learned that this is where wholehearted, hands-up surrender comes in.  I am reminded of the importance of knowing how to give in and get on with things every time I wake up in the middle of the night, grateful for heaps of things, mostly in that I didn’t wet the bed.

As I move through the strange, in-between space of the first trimester, I am are no longer what I thought I was — or even who I thought I was.  My cravings and wishes, whims and urges are foreign and strange — yet they come from the same place I’ve always known: me.

As we become mothers, we slowly drift from the familiar geography of the only womanhood we’ve ever known.  Meanwhile, the steady beat of a distant drum pounds on an island in the distance.  There, the tribe of all the women who’ve come before us, our own grandmothers, mothers and step-mothers, await.  You turn toward the flickering fire and gaze with wonder at all those glorious females who’ve survived the same transformation you’re experiencing now, wondering what wisdom you’re yet to gain.

Perhaps, like me, you are not quite ready to be among them.  You are still looking back, floating alone on your rickety raft, longing for the dazzling life you’re leaving behind — nevermind it wasn’t perfect or the way you’d wanted.  The point was, you were free in the fact you were just you.  It’s okay — more than okay — to grieve that loss.  To feel the truth that what comes alongside birth is not without cost or sacrifice to the self.

Unlike with my last pregnancy, life is different.  Far from ideal, things feel true and right for me and for this little one who has come knocking.  This time, I don’t want to change the course of the current.  I want to see where it goes.  So while I wish I could say I am overcome with joy or a sense of vocation and that those are the things that keep me pointed onward toward the isle of mothers, I am not that kind of woman.  Thanks to my age, I’ve had time to become okay with and forgive myself for not being exactly the kind of woman I had dreamed I’d become.  What keeps my rudder steady is the same undercurrent that has guided every decision I’ve ever made in my adult life: possibility, and a great sense of wondrous adventure, a deep curiosity of both what and who is to come, mother and baby.

Regina Tingle is an American writer originally from Texas based in Brighton, England and the Founder of Duende Retreats. She loves okra and the smell of jet fuel, can’t remember jokes, card games or how to set the table properly but that doesn’t stop her from trying anyway. Despite her blotchy memory, Regina just finished her first memoir. Find out more at reginatingle.com or duenderetreats.com and follow her on Instagram at @regina_tingle.

Online Webgasm With Jen and Lidia