It’s got me wondering, this whole business of “letting go”.
I’m hearing it everywhere:
On the street someone whispers it into their cell phone,
Girl, you have to let it go. He’s horrible to you. You deserve better. Move on. Let go!

The yoga teacher insists upon it: Inhale, and with the next exhale,
Let it go, relax your shoulders, melt your heart toward the mat.
The books, the endless books on the “ art of letting go”.

I use it as a theme for my yoga classes, in fact. Quite often.

It got me wondering what it is exactly that I am letting go of?
I imagine fighting with my sister as a kid, she has what’s mine and I want it back.
Let it go! Before I seize it and hit her on the head with it.

I fantasize about swinging from a rope and letting go, falling without landing.
I see myself working at the restaurant I worked at for 13 years straight, carrying a stack of plates before I just drop them, let them go crashing on the floor.

Something I yearned to do every time I worked. Every time I held a dirty plate.
Before I walk out the door forever, letting that job go.

I am afraid that if I let whatever it is go I might come unglued.

What if this thing is what is holding me together?
Maybe my heart has hardened around it like a shell
And it will crack in half if I try and extract the thing at it’s center?

So, how can I let it go if I don’t know what it is?
I ask my Mai, Vietnamese manicurist extraordinaire .
She tells me to lie back on the couch covered with an old blue towel.
I look tired she says and tells me to sleep. She will paint my nails while I lie.

You work hard, everyday. Like me, 24 years in same spot.
Mahvelous Nail. I make my sons go to school school school
so they don’t have work hard like parent.

I pick a shiny mauve for my feet, pale for my fingers.
They are getting longer and stronger ( I must be letting go of something?)

Everyday let go of something.
Make room for new.
She cracks open a few peanuts, reflects on the shell.
Peanuts are my favorite.
When I’m not busy, I sit back, take my time, relax and eat my peanut.

Mai has let go of a country filled with war, but sometimes if you look close enough you can see it
In her fingernails, in the yellow ridges.
Worry lines on her hands instead of her face.
Sometimes I call my granddaughter because I miss her but she won’t talk.
She says “ I too busy. I love you Noi Noi but I too busy.”
Too busy? She’s four year old. What’s  she busy doing?

I’m holding on to some things
Because I am afraid if I let them go,
I will not remember them anymore.

If I try hard enough as I lie on Mai’s fake leather couch
letting my nails dry I can remember the last story my father ever read to me. I have to squint my eyes tight and start humming the beginning of “ You are my Sunshine”
before a glimpse of his beard, then a line of the story, then an arm- and that’s it.
That’s all I have to let go of.

I was anorexic for many many years and even though I knew it in my heart, in my bones, in my mind; I did not want to let it go. It was my identity, it was who I was. It was me. I was it.

Recently I have started leading workshops all over called ” What Are You Manifesting In Your Life?” which have been successful. I encourage people through meditations, yoga and sharing my story to create the life they want for themselves.

I was stuck for years. Literally a walking dead person, depressed, anorexic, lost, trying half-heartedly to be an actress while working at the same restaurant ( The Newsroom Cafe in West Hollywood) for 13 years until I let go. I let go of all these notions I had of myself that simply were not true. I let go of my eating disorder. I let go of feelings of unworthiness. I let go of the idea that I wanted to be an actress, because in reality: I didn’t. I let go of the idea that I couldn’t have what I wanted or that I would never be in a healthy loving relationship because maybe I did not deserve it. There was a lot to let go of. It’s still a practice. Just like yoga. The day they call it yoga Perfect instead of yoga Practice, I quit.

I asked myself that a few years ago for the first time and  realized that I was putting my attention on lack and on what I didn’t have, what I had not yet accomplished. When I shifted what I put my attention on, my life started to look very different. Unrecognizable. I began to let go of old ideas of myself and truly transform into the person I am daily working on being now. Instead of bringing hot sauce and silverware to table 32 I am bringing free yoga to kids withs special needs. Instead of being in an abusive relationship I am married to an amazing man. Instead of starving myself, I eat healthy and do not deprive myself of anything.

Today I read a quote by my beloved Wayne Dyer. “‎I forgive myself, and then I move on.” You can sit there forever, lamenting about how bad you’ve been, feeling guilty until you die, and not one tiny slice of that guilt will do anything to change a single thing in the past.

I loved my father more than humanly possible. He died when I was 8 years old. Right before he died, we had an argument because he had promised he would quit smoking and hadn’t ( he smoked 4 packs a day of Kools). So I flushed a pack of cigarettes down the toilet. He got upset with me and I yelled ” I HATE YOU!”

The last words I ever spoke to him.

( Those that know me in real life now know why I love saying ” I love you”).

Can you imagine the guilt I have walked around with my entire life? I could write about if for pages and pages but suffice it to say I have forgiven myself and let it go. So no, I am not a bad person. I let it go. I give it back. I decline the offer to carry that badge any longer. I refuse to carry it with me anymore. I am a divine being. I am a teacher. I am a writer. I am a healer. I was a little girl who was upset with her dad because she knew smoking was bad for him. That’s all. I release the idea that I am a bad person. That he died because I yelled ” I hate you” or that he believed it. I forgive myself and let it go. 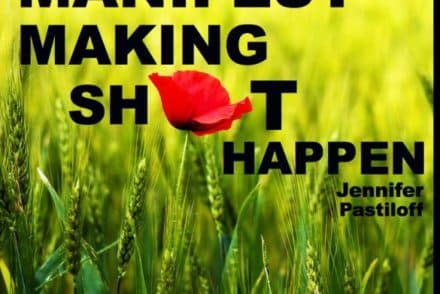 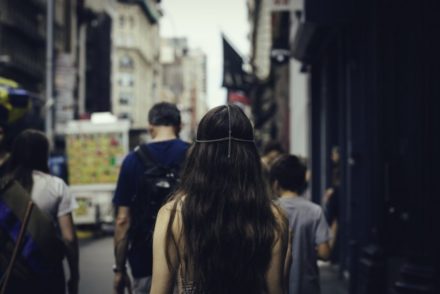 The Joy of Simply Waking Up.