From Austin, With Love 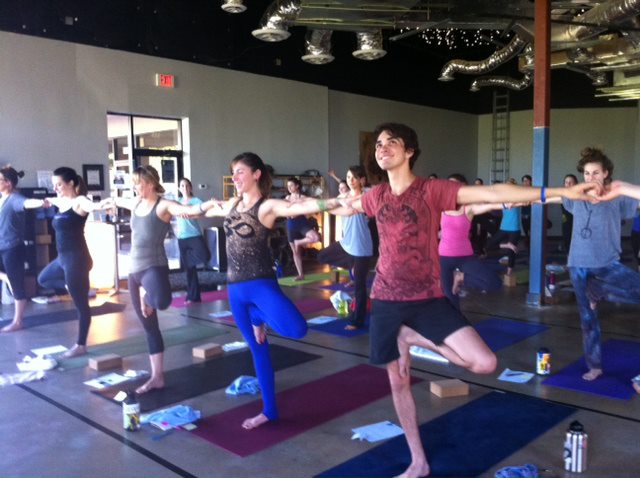 A more apt title would be: To Austin, With Love.

I led my first workshop in Austin this past Saturday.

Just look at their faces! Joy!

It was the second time I’d been to this fantastic and charming little city.

The first was about ten years ago when two of my best friends were living here and I acted in a short film they were making in Austin. Needless to say, the short film is probably somewhere in short film heaven, but one of the girls, Shana Feste, has gone on to write and direct The Greatest and Country Strong.

I didn’t really remember much of that first trip. Those were sort of the Dark Years for me, I was deeply unhappy and I have somehow managed to unglue most of those memories from my mind from that period of time.

Most of my 20’s fall into that category. TDY= The Dark Years.

I remember I had liked Austin. I had covered a few shifts from my waitressing job so I could fly out and ‘star’ in a short film being shot somewhere near the University. I remembered that the people were really friendly. We had gone out and listened to music. I think we’d eaten good Thai food. I remembered my character’s name in the short film was “Jane.” I think.

I was excited to come back to Austin during this particular period of my life. I am more alive and present and, as far as I can tell, doing my life’s work.

I figured it would make for a different experience.

My Manifestation Workshop on Saturday was at Black Swan Yoga (which is now my yoga home in Austin, Texas.)

To be clear: I had no students to speak of in Austin, prior to this workshop. I knew only one person: my beloved friend Amy Esacove, who happens to be an incredible teacher at Black Swan Yoga.

What can I say about the workshop last Saturday?

That’s how I described it to someone last night. The first thing that came to my mind was: it was like coming home.

The students were so receptive, so open-minded, so gracious, so full of beauty and humor that it was hard for me to process the fact that I had never met them before. That I hadn’t personally picked all my favorite people on the planet and asked them to come support me at my first ever workshop in Texas.

After the workshop ended, I jokingly suggested that I moved here. I won’t move (not yet) but I will be back. Often.

The workshop itself was beautiful, heart-achingly so. I wish I could describe it to you in words but it doesn’t work that way. As most experiences go, you simply have be there, body and soul to understand what transpired in those moments. You can get close to an experience, through words or music or art, but in order to fully live it, you must be there.

And boy, were we we ever there.

They laughed and cried and sang and danced. They did handstands and worked with partners and journaled and meditated. It was like a full experience of “Life” condensed into two hours.

It’s hard for me to describe what it is that transpires in my workshops and retreats. Here is what one student said of the workshop: “it was a blissful self immersion. Like being wrung out and reawakened.” Another said it “was a a forest of love love love.”

One woman who showed up after reading my blog said “workshop was incredible! Tears, laughter, singing, dancing, asanaing and loving every minute of it!”

(As a side note: this is what is great about social media. You can touch people you might never have touched before and profoundly affect their lives. And vice versa.)

What struck me most about this group in Austin was their willingness.

They were willing, and this is perhaps my favorite, to play.

Regarding our dance party, one person said “I didn’t exactly expect this out of a yoga class…and yet, it was just a small part of a hugely awesome, totally perfect, much needed class. Thank you so much!”

They were true yogis, through and through.

I am honored I was able to lead this group on this journey. I am honored to say “I taught at Black Swan Yoga.”

I am going to steal a bit of of their Awesome and bring it back to LA with me.

Dear Austin, I love you.

Alli Akard  “Austin is a little better after such an amazing workshop. manifesting, laughter and yoga…three of my favorite things. love, love, loved it!!!”

Lilyana ( who manages Black Swan and teaches there), Amy and Michael

I am proudly wearing my OMIES tshirt! " I am a Giddy Omie" The lovely Dahlia, who owns the Austin based company with her husband Rick, stands with me and 8 year old Jen, who also attended my workshop. Love both these ladies! In fact, at one point as I read a quote, this 8 year old was the only one who picked up her pen and paper to jot down what I was saying! OMIE-indeedy!

You can order your OMIES shirt here.

You can learn more about Black Swan Yoga by following them on Facebook here.

To learn more about me or to book a workshop with me email jennifer@jenniferpastiloff.com

Or visit my site jenniferpastiloff.com.

I lead workshops and retreats around the world. 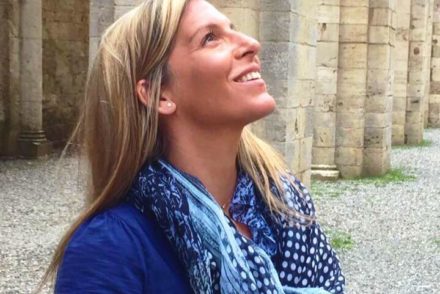 Digging To Find Myself.