The Liberation of Jessie Asya Bronfman 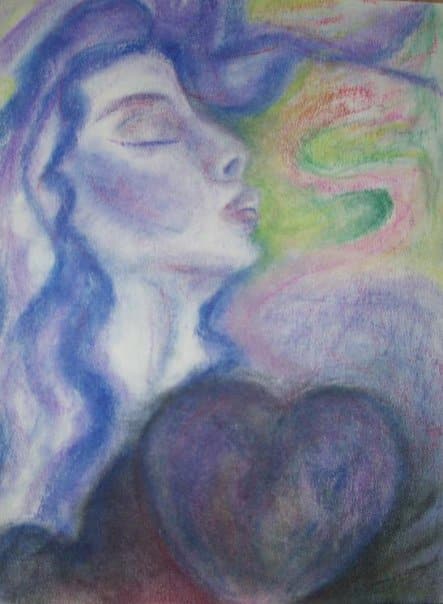 Honored to share with you this gorgeous guest post by Jessie Asya Bronfman, who now resides in New York City.

The Liberation of Jessie Asya Bronfman

I’m known as Jessie. I was born Asya. I changed my name at 14 so I wouldn’t get made fun of.

~Painted this in 1999, when I was far from liberated… The journey was/is beautiful.

Like a growing number of lucky yogis, I met Jen Pastiloff as a student in her flow style yoga class (though, really, flow style life class describes it best). The first time I practiced with Jen was in an LA studio poignantly called Liberation Yoga. I had just moved to Los Angeles from New York where I’d been extremely disciplined about my practice. Having adhered to the intense, precise, unwavering Ahstanga yogafor several years, I almost felt guilty stepping into an “unstructured” setting (let’s just say the Ashtangis with whom I’d trained would be bewildered by the blaring music [not to mention—gasp—dancing] that made Jen’s classes so fun).

See, I was born with a type A personality in the former Soviet Union. Discipline and structure were sewn into the fabric of my being.

The lack of that structure – immigration, adolescence, common struggles that color the human experience – was a major factor in the bulimia that tainted my teenage years. Choices (and my inability to choose) overwhelmed me into erraticism, stagnation, and depression which blemished my twenties.

I did all I could to veer away from my persnickety nature. I prided myself on not walking the common path: here I was a Summa Cum Laude business school graduate pursuing an acting career while waitressing, tutoring, and living ascetically to make ends meet. My friends in New York were getting married, settling down; I, on the other hand, had sworn off relationships. I meditated and practiced yoga and Reiki. I signed no leases; I committed to nothing… I was trying so hard to be a free spirit that I forgot what freedom actually felt like. I was so intent on being different that I lost sight of the beauty of simply being human.

When I was eight years old, my family had come to this country seeking freedom. Exactly twenty years later I was still yearning to break free…  It is no wonder that I ended up in Jennifer Pastiloff’s flow class at Liberation Yoga. For this gal (two thumbs pointed at me), flow was exactly what had been missing.

My time in LA did not bring me stardom (as the months passed, it became clear to me that Hollywood fame was not my calling). Instead, this period of my life humbly brought me liberation.

I did a LOT of yoga in LA, I spent time outside (and inside myself), I tutored children (and ate candy with them), I enjoyed the sunshine. I returned to New York with a blank slate: I was no longer an actress, I had left that all-encompassing pursuit behind. I was truly empty (in the Tao sense of the word – in a good way). I was free.

In the year since I have been back, I’ve created a career of sorts (I work as a Content Manager at a digital agency – writing, editing, talking, bullshitting – ya know, it’s a job). I am still looking for a way to integrate my passion into my work:  the love of human stories that drove me to acting, my love of people as whole… Speaking of love, I think I may have found that as well (once I truly opened the door, there it was – another topic in its own right).  My life has its challenges but mostly it is full of wonder and excitement for what will come next. I still practice yoga. Every so often, I find myself pushing too hard. Whether on the mat or in my life, these moments inevitably lead to frustration. 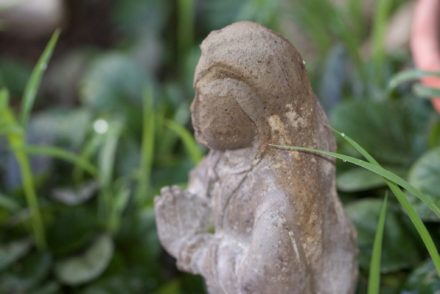 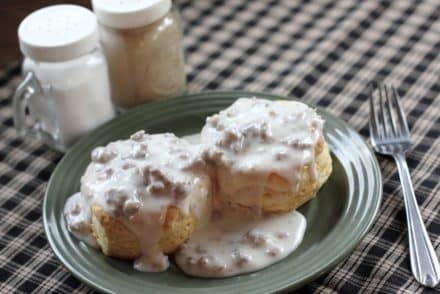 Loving The Life You Have

Put Your Excuses In a Pile of Sh*t.

The Traveler of Here by Caspar Poyck.