And So It Is, Mindwebs, my book

Every So Often The World is Bound To Shake.

The roaring alongside he takes for granted,

and that every so often the world is bound to shake.

You’ve been told the world is bound to shake but until it did you didn’t believe it, you simply strolled along as if you were unscathed.

You were never unscathed.

How can you defend yourself against this shaking? you might wonder.

You can’t. What you can do is armor yourself good. Stockpile your life with people who make you feel fantastic and lovable and books and favorite memories, even those memories you’ve changed and bettered with time. And all those disappointments you’ve suffered? Well, those aren’t armor. Not exactly. Those disappointments were shaking that’s already happened, the world shook for you during those moments and whether or not you realize it: you’ve already had practice.

If you are reading this, at one point in your life, you have lost someone, you have had your heart broken, you have not gotten something you’ve wanted, someone’s died, someone you love, most likely. If none of these things have happened yet, they will. Not a morbid thought. Not trying to scare you. Just telling you what Elizabeth Bishop told you in 1965 in Sandpiper:

The roaring alongside he takes for granted,

and that every so often the world is bound to shake.

The world is bound to shake. It is. It cannot stay still. So, you’ve experienced some shaking already and maybe or maybe not it ill shake again. Armor yourself good. Buy extra paper towels and canned beans and flashlights and don’t get stuck in the hole. Crawl your way out with the flashlight and the friends who make you feel fantastic.

I was in 8th grade. We had moved back to New Jersey after living 4 years in California. My mom had left her second husband (whom I had hated and then grown to love, as is expected from any young girl who had lost her father and seen another man step in, faking it.) My mom had left him and we’d moved back to New Jersey and I wanted to kill myself. I hated the idea of New Jersey more than I hated New Jersey. It was cold and lame and stupid (hey, I was in 8th grade!) One day, my friend Jen from California (cool, awesome California!) called to tell me that my mom’s soon to be ex-husband (the stepfather I had finally grown to love and then left) had killed someone. Someone we knew. In self-defense.

The earth spilt in half and I fell in.

It couldn’t be possible. Someone I knew and had begrudgingly loved had taken a gun and shot someone in a door jamb. This can’t be I whimpered, swimming in mud and roots down in the rabbit hole. It would be. It did happen and I came out of the rabbit hole with braces (clear on top, metal on bottom) and begrudgingly started to like (maybe even love, just a little bit) New Jersey. The I did it in self-defense second husband of my mother really did do it in self-defense and eventually got out of prison. On good behavior. We wrote letters while he’d been there. I looked at them while I sat on the toilet, a teenager with braces and an ex-stepfather in jail. He got out and then a few years later, the sea came up and took me out again. The world shook another time when I got the call (me, again me, I get the news delivered to me yet again!) that the ex-stepfather died in his sleep. Quietly and without noise, he’d let his body slip somewhere else and for a moment when the sea swept me up, when the earth shook, I saw him. I saw him and asked him Why Why Why Why and he just hugged me and said You’ll find your way.

I cried and cried when he died, unlike my own father’s death ten years prior when I could barely mutter I don’t care for fear that if I did, the world would never stop shaking.

So I cried and cried and eventually the hole sealed up and the wave spit me back out and the dirt bloomed some flowers and I made my way back into the world, armored with all of it and none of it at the same time.

A feather on the ground. Pick it up. Put it in your pocket. Let it armor you good. Go ahead. You will find your way. 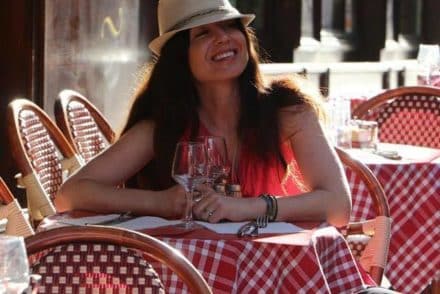 When You Finally Forgive.