And So It Is, How To, Inspiration

The best and the worst things.

Isn’t it funny how sometimes they get muddled together and maybe some words switch places and then one day you don’t know which is the truer one? The best and the worst things of our lives sometimes so intertwined that the father dying gets confused with the doughnut and the baby being born becomes the ghost. The best and the worst things climbing the walls of your mind and some days the one that makes it out alive is a hybrid of all that ever was.

Yesterday I asked my Facebook Tribe to fill in the blanks. Here’s what I wrote:

I forgive you. It’s going to be okay. I don’t want to be alive anymore.

When I grow up I want to be you. I am proud of my body. I suck at being a mother.

You are an inspiration. You deserve everything life has to offer- you are good enough. You aren’t good enough to be loved.

Those were just a few of the responses.

The very worst things for me have been things I have said to myself. The worst things that happened were the death of my father and the other losses and trauma I have suffered, but once you move through them (and you do!) you find the second best very worst things come from your own brain. Your own brain, that Godammned traitor! Your brain who you stood by all those years and helped through the loss of your father and the news that your nephew had a rare genetic disorder.

Your brain, which you thought was on your side but which turns out to take no sides at all.

The best things. How they cannot be trusted like the worst things. The worst things loom over them like a fat bully by a set of lockers. You think you can win? You can’t. I will always win. I am bigger and stronger the voice by the lockers will say as it reminds you of all the worst things that are possible. You are nothing. You are a mess. You are never going to finish. You deserve to die.

If you made a list of the best things and the worst things could you bear to look at it?

Would the You aren’t good enough get mixed up with I am proud of my body? Would you not know which one to trust? Oh, the very best things and the very worst things. Vying for space. Would the You are an inspiration shirk under the weight of I don’t want to be alive anymore if you hung them on your wall above the sofa?

Imagine this for a moment: You are making eggs. You think, or maybe you even speak I suck at being a mother and your child gets his or her plate and takes less eggs than you would like (they never eat enough!) and they hear you (because that’s what kids do whether you speak it aloud or not) and now your very worst thing is hanging above the sofa and everyone knows it and sees it and stands around it like it is really there. When it’s not. It’s in the eggs and it’s in the air and your child will never acknowledge he or she heard you but they will swallow runny yolks and wonder why you suck at being a mother and maybe they will look for signs of such suckiness. Maybe they will prove to you that you suck at being a mother since that’s what’s hanging over the sofa. And then your very worst thing becomes the truth and most valued object in the house and people come over and sit on the sofa and try not look up at what you have hung above their heads.

All the years I hated myself. I thought I was a monster. My very worst thing is all I spoke and so the monster lived with me. We shared a space and I fed it or starved it and it reminded me how ugly and fat I was and I showed people as often as I could. I am disgusting the monster/me would say to them.

My algorithms were off.

Algorithms are essential to the way computers process data. As it is with us.

What, you think you are that different than a computer? I know I’m not. Input, output, send, delete, process, store. All of it. The same.

I have filed things in the wrong places and then when I went to look for them I couldn’t find what I was looking for so I took what I could find and hung it above my sofa. Right there on the wall.

This is how the dictionary defines algorithms: a procedure for solving a mathematical problem (as of finding the greatest common divisor) in a finite number of steps that frequently involves repetition of an operation.

I hate math. I went to a therapist as child because of my math phobia but I am going to break it down for you in my math-phobic way.

The greatest divisor is our minds. How we process it. It messes up the very best things and the worst things and muddles them in such a way that it becomes finite. That’s that. That’s the truth. That’s just the way it is. Forever and ever and ever.

Repetition of an operation. Well, that’s life for you, isn’t it? This wheel keeps on turning. You keep going around and around and repeating the same things. People are born. They die. They say things. Things happen or they don’t. You keep hanging things on the wall above the sofa.

I am looking for a system that organizes itself but I am not sure that will ever happen. I think I need to keep manually separating the very best things with the very worst and the beauty from the garbage.

Euclid was the ancient Greek man who invented the algorithm and geometry as we know it. His name literally translates into Good Glory. I like that. I get that he was all into numbers and stuff, but, I think there was something more. I think perhaps he was teaching us in his way about how to live in the very best way with the very best things in all our good glory.

May you live in all your good glory and keep reminding yourself the best things. Over and over. 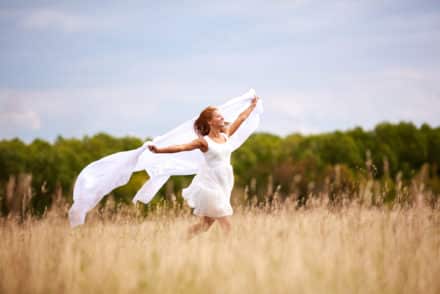 The Time to Be Holy is Now.

Listen: This Is Your LIfe.