A year ago this month,  I left my two children, my husband and my job for an 11 day adventure. I went to a Manifestation Retreat led by Jen Pastiloff in Bali, Indonesia.  As if this wasn’t enough of a challenge, The retreat dates included Thanksgiving.  So not only was I traveling half way around the world, I was also missing Thanksgiving with my family.   It was the first time in my life that I did something solely for myself and I was determined to not only go, but for this to be a life-changing trip.

The process of getting ready to go in and of itself was a transformative experience.  In preparing to leave my family and go to the other side of the planet, I was doing what any guilt-ridden, control freak mom would do;  I was trying to plan for and create plans and contingency plans for every possible, albeit unlikely, scenario that might occur in my absence.  I quickly turned this amazing opportunity into a problem, for me and everyone around me.

I always knew I was a control freak and that mommy-guilt was my achilles heel.  But isn’t “knowing” our stuff really the “booby prize”?  It’s when we can actually observe our stuff holding us back and in the moment and consciously choose to make the change – that’s when we get the real prize.  Having this experience in front of me allowed the space for me to observe where guilt and control stop me, and that I can let go and be okay with the situation.

From the very moment my friend and I boarded the plane to fly to Hong Kong for a 19 hour layover, our first leg of the trip, then a 4 hour flight to Bali. The first thing I learned is that a 3 hour flight is very, very different from a 19 hour flight.  Let’s just say that putting a hyper active woman in the middle seat in the back of the plane for a 19 hour flight was not the best idea.  My sincere apologies to the man who sat on the aisle seat in my row. While my friend slept like a baby on the flight, I couldn’t sleep. I had to ask this man to move so many times, we quickly went from polite smiles, to dirty looks and muttering under the breath. Lesson learned; I will never not have an aisle seat on a plane again (it’s sort of a public service.)

During our short stay in Hong Kong, I discovered noodle dishes. Let me just say I would happily get back on a plane for 19 hours just for a bowl of noodles. I just wouldn’t sit in the middle seat.  While enjoying a breakfast of noodles and shrimp a thought occurred to me;  for the first time in my life, I am in a country where I know exactly one person; my friend who is sitting across the table from me.  That’s it.  One person. I’ve never felt so isolated and empowered at the same time.  I knew anything that would happen would be left for us to handle.  I decided then that I would flow like water throughout this trip. I wasn’t going to try to be in control, nor would I feel guilty if I did or didn’t want to do something.  I didn’t want either my friend or me to feel obligated to have to do (or not do) something just because the other one wanted it.  It was a liberating feeling to know that we were on our own.

We met some of our fellow retreat-goers at the airport in Bali.  We got to know each other along the drive to the Soulshine Villa, where we would be spending the next week together. I don’t want to sound all woo woo, but from the moment I met the people I would living with for the next week, I felt a connection to them.  Each of the 19 people attending this retreat had their reasons for being there some shared with the group and some were private. But all 19 of these people touched my life in such a way that I think about them every day.

From the very first day we were a cohesive group.  Due to the time change, we all woke up very early (between 4 and 5am), we would gather in the reception area for tea, some would watch the sun rise, some would be catching up with relatives at home, some would be chatting.  We got to know each other in these early morning hours.

Jenn would lead us in morning yoga at 7am.  I should point out that yoga with Jen is not your average yoga.  There are the traditional asanas (poses), meditation and music (I can’t listen to Elton John or the Notorious B.I.G. without thinking of Jenn).  What Jen brings to the table is unique in that she creates a theme for her class, forgiveness, gratitude, love… she reads relevant poetry, then invites class participants to journal about their thoughts on the theme for the class – in between the poses.  Somehow the mix of the out door yoga studio overlooking rice patties, the monks chanting in the distance, the thought that I was doing yoga in the same place that Michael Franti does yoga (he owns the Soulshine and I am, by far, his BIGGEST fan), she creates a space of safe, self-reflective discovery.

Walls are broken down.

My walls-breaking-down moment was during a forgiveness-themed class. To understand this, I have to provide a bit of background. When I was 12,  I was abused by my father and some of his friends.  Even sharing this is part of my life is a testament to what Jen provides.  Previous to this retreat I would never have told anyone this, let alone writing it in a blog!

In this forgiveness-themed class, Jen asked us who in our lives we could forgive.  At first I did what I always do when I’m asked this question, I thought I’d try (again) to forgive my father.  I started writing the same things I’d written in therapy and on my own. I was getting the same result – I just wasn’t ready to forgive him.  Then, it occurred to me; I never wrote to the other men who abused me. In this letter I verbalized what they took from me, how deeply I hate them and what I have become in spite of what they did to me. I wrote that I am free of them, all of them, they will never have control over me again.

As I wrote this letter, I didn’t realize I was crying until I saw that my paper getting wet.  For some reason this seemed funny to me. I couldn’t stop laughing. Then it was over.  No drama, no anger, no nothing. For the first time in my life I experienced truly letting go. This was also the first time I was able to be in a room full of “strangers” and feel peace.

After class I walked out with Jen, I shared my experience with her.   She turned to me with a smile and said (almost to herself) “huh, you just never know who is going to be in your class.”  We hugged. It was the response I needed to hear.  She didn’t judge me, she didn’t give weight to the experience or get emotional.  She gave me the space to process my feelings in a whole new way.

Throughout the retreat we practiced yoga twice a day, we ate breakfast and dinner together and explored Bali during the day.  The space at the Soulshine seemed to become part of our group as well. (In full disclosure I have to admit that I loved the Soulshine before I arrived simply because of who owns it.) But, in truth, I believe that space provided the opportunity to transform 19 strangers in to a family.  The staff is a living example of the culture of Bali. This culture is one of gratitude, community, spirituality and genuine love. This culture and the space we lived in infused itself with our family of 19.

Throughout our time in Bali we shared, expressed gratitude and loved one another.  We celebrated Thanksgiving, we rode elephants, we saw monkeys, we spoke with Michael Franti on the phone, and I may (or may not) have eaten cat at a restaurant.

Lockey began her fitness career as a personal trainer in 2004.  In 2006 after being diagnosed with breast cancer, Lockey underwent chemotherapy, bi-lateral mastectomies with saline implant reconstruction and radiation.  During this time, she saw a real need for recovering cancer patients to exercise.  Not just for the physical rehabilitation, but also the mental aspect of regaining control over their bodies.  She believes that if you gain a little more strength and a little more flexibility in your body every day, you gain a little more strength in your soul to continue on.After completing specialized exercise training through the Cancer Exercise Training Institute, Lockey created ‘MovingOn’, a rehabilitative exercise program for cancer patients. With the creation of the MovingOn program, moving through her own experience of survivorship and discovering yoga, Lockey soon learned there is more to MovingOn than simply moving the body.  It became time to share a long held secret that could no longer be hidden.  Lockey shared her story on Positively Positive, of being sexually abused as a child.  Sharing her story and practicing yoga saved her life. When she let go of both the cancer and the secret of abuse she was able to heal in both mind and body. Lockey openly shares her past with cancer and child abuse to help others in what ever they are surviving in their lives.Lockey and the MovingOn program have been profiled in magazines, television, radio, and blogs. Print:  Shape Magazine, Origin Magazine, Overlook Magazine and ParkPlace Magazine.  Television: The Couch, News12 and ABC7. Blog Contributor:  SheKnows.com and MindBodyGreen.She is featured in The Ultimate Guide to Breast Cancer by the Editors of Prevention Magazine.  Recently she presented a vidoechat for the GE Healthcare Breast Cancer Mosaic.

**To go on a retreat with Jen visit jenniferpastiloff.com 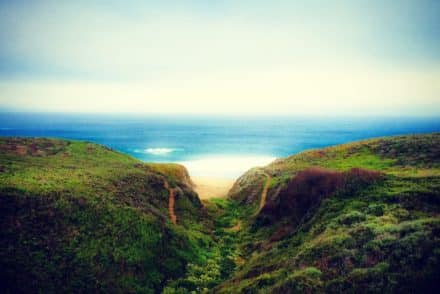 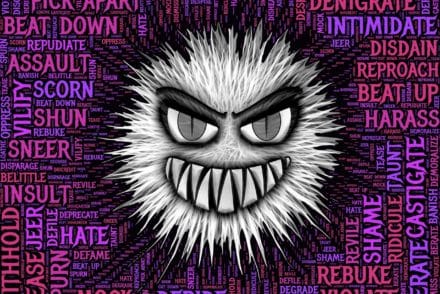 The Opposite of Mean is Human 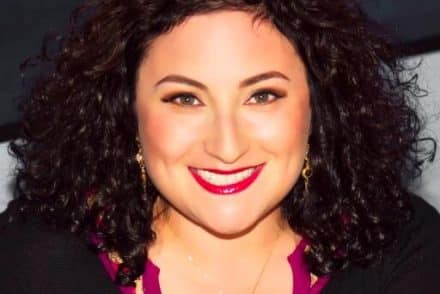