How I Meditated My Way From Panic to Peace. 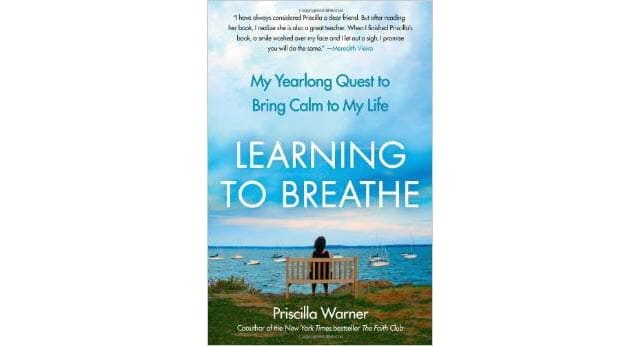 When I was fifteen years old, I suffered my first terrifying panic attack, while I was a “townie” working as a waitress at the Brown University cafeteria in Providence, Rhode Island.

I thought I was having a heart attack. One minute I was dishing out peas to hordes of bored young students, and then, suddenly, I felt like I couldn’t breathe. My heart raced and flopped around in my chest, my lungs convulsed, I turned hot and cold, shaking head to toe, and my throat began to close.

Was I dying? I wasn’t sure.

Was I going crazy? That was possible.

Mental illness ran through my family like wildfire. My father had been diagnosed as manic depressive, his brother was in and out of mental hospitals all his life, and my namesake, a favorite cousin, grew up to become a homeless schizophrenic woman.

I thought mental illness was contagious.

I rushed home from work and a family doctor was called to our house. He diagnosed me as being “a little bit nervous,” and prescribed Librium, the tranquilizer taken mostly by American housewives twice my age in the 1960s.

I thought I was a freak. The word “panic attack” wasn’t even used back in those days. It certainly wasn’t a term that girls my age had ever heard of. Neither was anxiety.

I felt like my central nervous system was defective. Over and over again, for the next forty years, I suffered hundreds of panic attacks – at school, at various advertising agencies where I worked, alone, in crowded movie theatres, on New York City buses and subways, and while on vacation at the beach.

I managed to hide my embarrassing condition from even my closest friends. I carried a flask of vodka with me everywhere. Not to get drunk, but to tamp down the fiery anxiety coursing through my veins when I felt a panic attack coming on. A therapist prescribed anti-anxiety medication, and I took it regularly for many years, except when I was pregnant.

On the outside, I was functioning fine, as a productive professional in the advertising business, a wife in love with her understanding husband, and the mother of two beautiful sons. My father died when he was sixty, and then my panic attacks increased. After the attacks of 9/11, when my husband worked not far from Ground Zero, they became even more regular. I was living in a city that felt like it was under siege, and that was a feeling I knew all too well – I had always felt as though my body was under siege.

I found a psychotherapist who helped me talk about my anxiety in a new, mature way. She increased but also monitored my medication.

Still, life was becoming more complicated, and so was my anxiety. I met two women struggling with the religious issues brought to the forefront of American culture after 9/11, and we wrote a book detailing our intense, honest conversations and relationship as we explored the perspectives of Judaism, Christianity and Islam. The book became a huge bestseller, and we traveled the country speaking to thousands of people in churches, synagogues and mosques. We appeared on many radio and television programs, and spoke in bookstores and classrooms as well.

My anxiety increased as I had to fly around the country and represent myself publicly to strangers. I felt like a fraud as I told people about the breakthroughs I’d experienced when it came to religion and spirituality. Inside I felt broken and alone. My panic attacks haunted me wherever I went.

I had no idea that six million other Americans were suffering from panic attacks, that forty million were battling an anxiety disorder of some kind.

But one person in particular, a young Tibetan monk named Yongey Mingyur Rinpoche, did catch my attention. I had read about the panic attacks he’d suffered as a child, which he’d cured through his meditation practice. Neuroscientists were using the term brain plasticity to describe a new breakthrough in their thinking. Research was now showing that people of any age can change the way their brains operate. Scientists were studying the brains of Tibetan monks like Yongey Mingyur Rinpoche, to determine how meditation actually helped do that.

I wanted the brain of a monk, and everything that went along with that brain – like peace and tranquility. And – dare I wish for this –  true happiness.

So I decided to write a book that would detail my efforts to rewire my shaky brain. Optimistically, I decided to become a mellow monk, to meditate my way from panic to peace. “Forget ‘Physician Heal Thyself’” I joked. My new mantra would be ‘Neurotic, heal thyself. And please stop complaining!

But could I actually do that?

I sold my proposal and then I had no choice. Unless I wanted to return my advance.

I researched all sorts of meditation teachers and healers, and tried as best as I could to design my own holistic healing experiment.

I signed up for a five day silent retreat with Yongey Mingyur Rinpoche. Along with 100 other students, staying in an old monastery, I learned for the first time in my life how to meditate, and he advised me to look at myself as a horse and rider. “Your body is the horse,” he said. “It needs exercise, yoga, sleep and the proper nutrition. Your brain is the rider, and what it needs is meditation.”

I was looking for a way to heal my exhausted body and anxious mind. I wanted to reintroduce them to each other, peacefully. I vowed to meditate every day, and in a few weeks I began to see results. My husband noticed that my quick temper was gone for the most part. Friends said my face looked more relaxed and that I seemed calmer. I didn’t react to upsetting experiences quite as quickly or as vocally.

After a few months of meditating, I found a therapist who used techniques called Somatic Experiencing and EMDR to help me reprocess disturbing memories of a childhood trauma I’d stored deep in my body. I managed to discharge the frightening physiological sensations that had been precursors to my panic attacks.

I studied Buddhism with renowned teachers. One of them taught me a technique called metta, or lovingkindness meditation. A neuroscientist scanned my brain just as I was beginning that practice, and then again eight weeks later. He confirmed what I knew: my scans showed increased blood flow to certain parts of my brain, which illustrated a powerful training effect. Meditation is like lifting weights for the brain, according to this neuroscientist, and I felt like a bulked up musclewoman.

I began to feel a happiness I could never have imagined. My panic attacks became fewer and farther between. I cut back my dose of anti-anxiety medication slowly, until I was taking it only occasionally. My life did not turn into a perfect fairy tale; my suffering and the suffering of people I loved continued. Difficult life events unfolded. But I began to live with an awareness that every moment passes. The good and the bad times don’t sabotage me or determine my happiness anymore.

What keeps me grounded now is the realization that I am not alone in my suffering, and that there are so many ways to heal. There are so many good people in the world who are eager to help erase the stigma of mental illness. Thanks to their help, and my commitment to rewire my once-shaky brain, I now feel a confidence in my body’s strength and ability to thrive.

I developed a set of tools that work for me, that I can pull out whenever I need them, wherever I am. I practice meditation daily. I watch my diet to avoid overstimulation with alcohol, sugar and caffeine. I try to exercise, regularly. I think about the Buddhist principles that guide the teachers I respect greatly.

I love that my book has resonated with so many readers. For decades, I thought I was the only one who suffered so severely from anxiety. Now I hear from people all over the world who also used to feel that no one else could ever understand their suffering. They have found hope in my writing, and I have found a purpose in telling my story.

I wrote the book that I wish I’d been able to read when I was a frightened teenager. The first person to contact me after I appeared on The Today Show, the day my book was published, was a teenager from a small town in Louisiana who’d suffered from terrible anxiety. Just as I had been inspired by a young Tibetan monk on the other side of the globe, who described how panic followed him like a shadow, this young man had found a connection to my own story of suffering and healing. My experience had come full circle.

Now I’m a monk in a minivan, I joke to friends. I live with an inner peace I never thought I could attain. I drive around the suburbs with a smile. And I have finally, at the age of sixty, learned how to breathe. 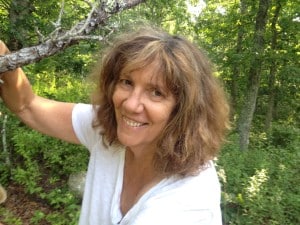 Priscilla Warner grew up in Providence, Rhode Island, graduated from the University of Pennsylvania, and spent twenty years as an advertising art director, until she left that world to raise children and write books. With the success of the New York Times bestseller The Faith Club, Priscilla spent four years speaking publicly and engaging in interfaith dialogue all across America. Her second book, Learning to Breathe – My Yearlong Quest to Bring Calm to My Life, was written while Priscilla was searching for a cure for the panic disorder that had plagued her for decades.

Jennifer Pastiloff is part of the faculty this year at Other Voices Querétaro in Mexico with Gina Frangello, Emily Rapp, Stacy Berlein, and Rob Roberge. Please email Gina Frangello to be accepted at gfrangello@ameritech.net. Click poster for info or to book. 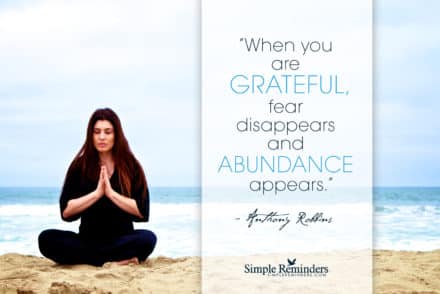 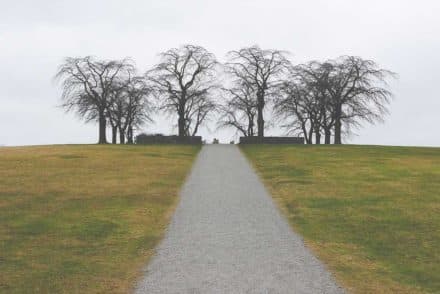 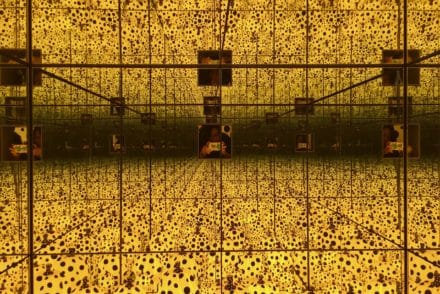