Sometimes I have dreams where I wake up crying. Intensely. Childishly. These are dreams about a broken heart. Usually at the end of a love affair.

But last night I dreamt about Ferguson. We were there. My kids and I. There were railroad tracks. Singing. Candles and crepuscular bands of light silhouetting black bodies against the sky. I don’t remember what happened, but in the dream we failed. Somehow we failed. And I was wailing alone like a motherless child.

I kinda stopped posting about Ferguson or about police. Because there’s so much. So many unarmed people shot, killed, and beaten by police. I mean, we’re all kind of scrolling past now, aren’t we? Video shows police shoot unarmed man. Video shows suspect had his hands up. Video contradicts police story, Man in wheelchair beaten by police. See the shocking video. Woman kicked in the face by police. Pregnant woman slammed to ground by police. See the shocking video. Police arrest woman waiting for her children to use the bathroom, Police taze man waiting for his daughter to get out of daycare. See the shocking video. Police shoot man for following the directions The Police gave him. My feed would be 100% this. There would no longer be a Carvell. Just post after post after post to prove that it matters. That it’s happening and it matters.

Once, while working at a non-profit agency, I observed this rather important element of our collective psychology: As long as the money is coming in, we are hard pressed to acknowledge that that there is a problem worth addressing. We may concede that such a problem exists, but we are unlikely to think that we have to DO something about it. We think others will do something about it. We think that it will work itself out. We think that while there are challenges, everything is going to be just fine. We will focus on love. Today is going to be a great day. Oooh child, things are going to get easier. Whatever.

And that’s the odd thing about life in 2014. We witness terrible things from comfortable places. Right now I’m drinking coffee out of a mug that says “dance like no one is watching” There is a fruit bowl with a pomegranate and two limes. And three mason jars filled with flowers that my kids picked for me and rosemary I bought from the organic grocery. That is where I’m sitting when I watch a man get shot. My son is at a sleepover. My daughter is watching an Adam Sandler movie on Roku ( Which gives us an awesome opportunity to periodically check in about racism, sexism, and homophobia. Thanks, Adam Sandler!)

The money is coming in. So to speak. Not actual money. But what money buys. Comfort, distraction and a greater-than-average preoccupation with fluffy things. A sense of having what you want. A sense of having a you. That’s what comfort buys. An individual you. 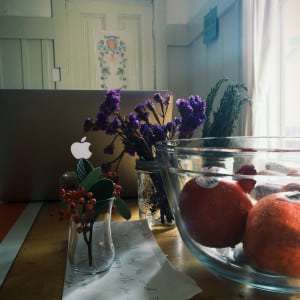 Now is an uncomfortable place to be.

Here’s another place to be. Imagine a hot church basement in Selma Alabama in 1965. Everyone you know is packed in there. Everyone you love, everyone you hate. Your neighbors, childhood crushes, and the kid that bullied your brother. It is sweaty, the organ is loud, the music seductive. Your aunties, uncles, cousins, friends. The pastor is serious, true. You’ve seen him a lot of ways but never quiet like this. Your teachers, Your principal. The guy that your dad grew up with. The woman your mom has coffee with who always kisses you too hard on the cheek and smells of alcohol. Church fans and solemn nods. Everyone you are part of has come together because they all have the same pain that you have. And the pain is too much. And because something needs to be done. Because that’s the only way to make it stop. It is from there, from that room, that you all go out, (Not you. But all of you) hand in hand, to face squadrons of goons, police dogs, soldiers, firehoses, and citizen mobs who literally want to rip your your flesh and break your bones because you committed the offense of believing yourself a human being.

What can we go out to face when our church basement is the internet?

What can we go out to face when we can make it stop by just clicking on something else?

What has to happen? Who else has to be murdered and how?

Video footage shows police lied about John Crawford, III’s shooting. Video footage shows that he was standing with a toy bb gun that was for sale on the rack of the very store he was in, in an open-carry state, and that it was down on the ground and that he never aimed it at anyone. And that he had no chance to put his hands up when he was shot and killed by police.

I showed my kids his living picture. The one of him holding a newborn. “He kind of looks like Jamir,” they said.

Jamir is the eight year old kid that my daughter declared to be her boyfriend. Is that the country we live in.? Where 3rd graders look at the boys they think are cute and imagine them gunned down for no offense and with no consequence?

There will be no indictment. But we already knew that. Didn’t we?

I learned somewhere that Sunday Morning is the time to speak gospel. So here’s some gospel.

Later, I’ll go back to posting about awkward moments, terrible fashion or how my kids are driving me crazy.

Later, I’ll go back to posting about me. 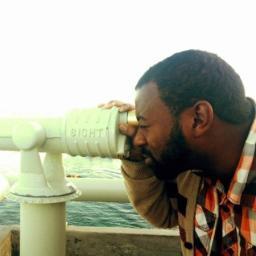 Carvell Wallace is a father, writer, tech founder and occasional performer. He clocked a lot of years working with youth in the criminal justice system and is the founder and creator of Vibosity, an emotionally intelligent social media app that promotes emotionally intelligent users. He proudly reps Oakland, Wu Tang, Mark Twain, Experimental Theatre Wing at Tisch School of The Arts, being in love, Nina Simone, and sleeping with the windows open. twitter: @carvellwallace.

All of Jen Pastiloff’s events and workshops listed here. 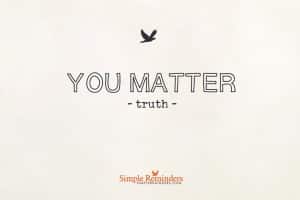 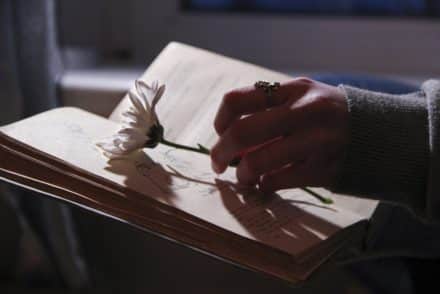 I Miss The Bad Times

Remembrances Of The Sun, Of Shadows