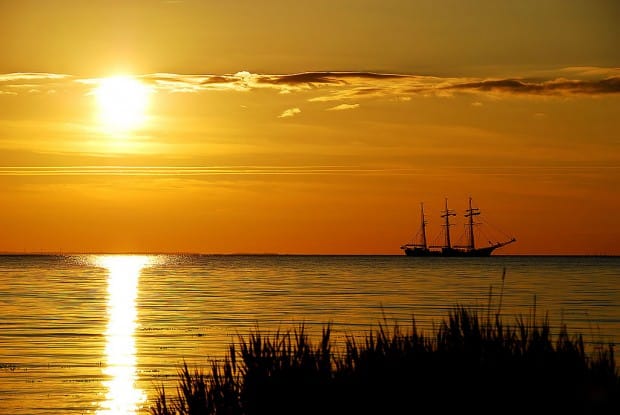 She asks me if I want her to take it back.  “No,” I say, in the way that means no but that also means that it’s slowly killing me, that sweater, hanging in my closet.  I can feel it even when the door’s closed, even when it blends in perfectly with all the other neutrals.  It doesn’t matter if I buy colors; I wear the same grays and browns I already owned.

“I might still need it,” I say, and I feel that now I’m making this a talisman.  Or a curse.  If I keep it, it means I will get to use it, right?  Or am I being too hopeful, and the fact that I have this sweater waiting for me will somehow prolong my wait to use it?  Is it like women’s favorite pants from high school that they keep in their closet, even after three kids and fifty pounds, swearing one day they will fit back into them?  How long until a sign of hope turns into a sign of pitifulness?

My friend, my loving, compassionate friend, asks me how best to support me.  She asks if it would be best not to talk about her situation for a while.  She makes sure to ask me every day how I’m feeling, and while I know that she truly does want to know, and does want me to be okay, deep down she’s thankful that this isn’t her.  She’s happy that the baby in her womb is still alive, that hers isn’t the one who died.

There were three of us, friends pregnant at the same time.  Due November 9, November 12, and November 20th.  Since about 30 percent of pregnancies end up miscarrying, it was statistically bound to happen to one of us, and it’s not that I’d wish this on either of my friends, but I know they both must be glad, to some extent, that it’s me who was chosen.

More than likely, the miscarriage was caused by a chromosomal abnormality, the culprit in up to 70 percent of prenatal losses.  In Annie Dillard’s For the Time Being, she writes that there are 8.4 million ways for two people’s DNA to combine.  I imagine the two strands of DNA dancing, the nucleobases seeking each other out, eyeing each other like two young lovers across a bar, moving closer, but still spinning and circling until they are close enough to reach for the other’s hand.  I see the cytosine reach out for the adenine, get rejected, and the party is over.  Without this merger in the middle of the line, none of the other bases can match up either.  They can’t get close enough with this gap looming between them.

Throughout her book, Dillard examines human birth defects, taking the reader through Smith’s Recognizable Patterns of Human Malformation, fourth edition.  She studies photographs of malformed children, describes them in great detail, but not for the shock value.  It seems instead that she is praying for these children, hoping that they never become aware of their limitations.  Most of these children die shortly after childbirth, she notes, within weeks or days.  In fact, when you become aware of all of the possible ways that something could go wrong, all of the 8.4 million possible combinations, it’s amazing that there are so many healthy babies at all.  “When you shell peas,” she writes, “you notice that defective germ plasm shrivels one pea in almost every pod.”

If only I could believe that were the situation here.

But anywhere from 40 to 63 percent of recurrent miscarriages are caused by hormonal abnormalities, such as luteal phase defect.  And this isn’t my first miscarriage.  And I am one of the lucky ones with this problem.  So I know, in my gut, even without lab analysis, the problem wasn’t with the sperm or the egg; it was with me.  Dillard continues her thought about the peas, “I ain’t so pretty myself,” and I know she is talking about me, my womb, my failures.

I have to retrain my brain to learn how to read these test results.  The first day after the bleeding stopped, I was elated when I saw the pale pink stripe, just a few shades lighter than the test line you are supposed to compare it to.  The two kinds of tests look the same – thin strips that look like you trimmed them off a piece of poster board for a school project.  The dark pink line that arises immediately is the same, and the second line that shows up about five minutes later — after you’ve brushed your teeth and put on mascara, and peed again, and become exhausted just by how long five minutes actually is — is the same.  But when you are testing for ovulation, you need the second line to be as dark or darker than the test line for a positive test, for a chance of hope.  Any line that isn’t as dark is negative, it means you have more days to wait before you can try again.  With a pregnancy test, any line, no matter how faint, is a positive.

I had grown used to my pale positives, which I kept taking day after day to make sure the line was still there, to watch it grow darker as my child developed from an egg to an embryo.  Any line at all, even if I had to hold the test up to the light to see it, affirmed my joy, my fear, my anxieties.  And now, a line almost as dark as the test line isn’t something to be happy about.  It means I’m starting over, that all of those pale pink tests I had taped in a row to a piece of paper, failed, even after becoming more saturated.  And because the line isn’t dark enough, it means that I’m stuck in a holding pattern – I’m no longer pregnant, but I’m also not ovulating, I am without choices or chances.  I am in a forced period of grief.

I work in fashion.  Part of my job is picking colors for that season’s line.  This season, I perused the pinks, holding swatches “14-3207” and “12-2903” against each other, looking for minor differences, trying to decide which people would be more likely to buy.  The first two digits tell you what family a shade is in, and the last four digits tell you how much cyan, magenta, yellow, and black to mix to achieve that exact shade.  But now, looking at the same pinks, determining the exact shade is infinitely more important, as it decides the fate of my family, of my chromosomes’ mixing.

When Sylvia Plath had a miscarriage – which her husband insisted was actually an appendectomy – she wrote the poem “Tulips.”  “I have let things slip, a thirty-year-old cargo boat,” she says of herself.  She says, “I have nothing to do with explosions,” but I, I know I have everything to do with them.

My heart is being pulled apart from the weight of all the love I have to give.  So I take the sweater off the hanger, fold it carefully, and place it on my closet shelf, above my line of sight, but where I’ll know it’s still there when the color explodes.

Rachel is a graduate of Bennington’s MFA program in nonfiction writing, and has been published in Hippocampus, BeMore magazine, and Maxim, among others.

VANCOUVER! The Manifestation Workshop in Vancouver. Jan 17th. Book here. No yoga experience required. Only requirement is to be a human being. 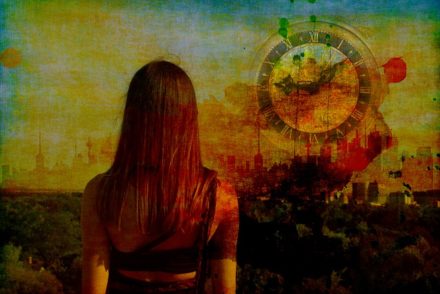 Dear Life: I Have No Idea What I Am Doing!