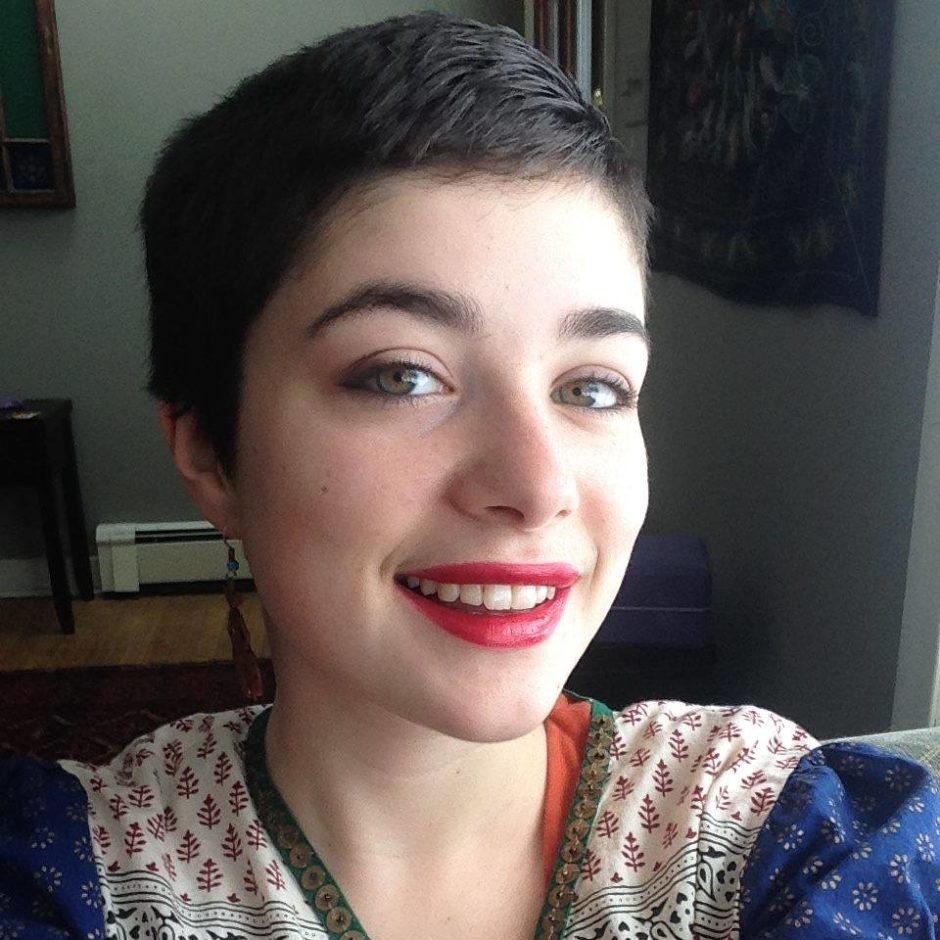 Note from Jen Pastiloff, founder of The Manifest-Station: This is a piece for my “Young Voices” series. I am looking for more young voices to publish so please submit if you have something to say. Please note, if you are under 18 you must have parental permission unless you are using a pseudonym. I am so excited to be working on the book Girl Power: You Are Enough, as well as the workshop for young women which has been a HUGE success so far. Please help me spread the word and sign up or sign your daughters/nieces/friends. I am also in the process of selecting ambassadors to represent #GirlPowerYouAreEnough. More information on this on my instagram at @jenpastiloff. Love, Jen

Over the years I learned how to kiss girls without feeling like my abuser. This is one of the small ways in which my voice came knocking at my gut, demanding to be let in.

The first time I fooled around with a girl I was fourteen. I kissed Brianna up against the wall of the astronomy building at summer camp. I pushed my groin into hers and imagined Brianna pinned there against the brick, like moss.

“You’re so aggressive,” she said. “I didn’t expect this.”

“No,” Brianna pushed her tits up at me when I grabbed her wrists with one hand and pinned them behind her back, “I like it. It’s like you’re a boy.”

When she said that I got intensely wet. I wanted to be a boy. I started to unzip her pants and imagined that I had a penis. How it would be hard and corporeal against her thigh, a real thing she could pull out of my pants. Then I would push Brianna onto the ground and make her fuck me with her mouth.

I pulled her left breast out off her bra and wrapped my mouth around the nipple. She said my name, and I felt my body go numb, I couldn’t feel anything below my belly button. This wasn’t surprising, I was used to this sort of thing happening when someone I was with said my name, or tried to touch me below the waist.

My earliest idea of womanhood is limited, defined by the sexual anatomy of a female. I’m four in my mother’s bathroom watching her dry off after a shower, wrapping her hair in a green towel and propping one leg up on the bath-tub.

I moved my tongue from Brianna’s breasts down her stomach. She pulled me up and brushed her lips over my jaw. The light bounced off her black hair like like shards of waves glassing into ripples over the ocean under a full moon. I looked at her lips and thought blood moon, thought pussy lips, thought blood moon. Thought about my mother in the bathroom when I’m four: One foot on the bath tub lip, pulling a red tampon out of her vagina like wet beets from the earth. My mother’s full woman hole making room out of the inside of her on the bathroom tiles, on the soft face of her white thighs: ribbon curled with blue veins. A polite white string carrying the weight of so much untethered grief from her.

She tossed the thing into a wastebasket and left.

Brianna’s tiny hands tucked strands of wiry hair behind her small ears. Every delicate feature on her: Alive and awake beneath the flood light hanging off to the left of the building. The black night was a canopy of empty stomach growling around our tender fourteen year old girl bodies, our aching groins. Our mother’s wombs: Empty, cell clustered into fists, broke like eggs into half women. Half horse. Half Brianna’s mouth. Slow yoke. Her whole face, pussy lips cracking to bare beautiful teeth.

After my mother left the bathroom I remained seated on the toilet, pajama pants scrunched around my ankles, leaning over the wastebasket examining the tampon. I held a finger out to touch it, but recoiled at the alive, earthy smell when I got close. I looked on my body for an opening like my mother’s. Starting at the hard slimy bead I had begun calling my “Glitter-button” and ending with my gun finger, slipping into a hole I don’t think I actually wanted to find. It was too rough and tight. Not anything like my baby brother’s soft and small, curled genitals. It felt more like the empty space in a mouth after losing a tooth. I felt a loss, I wasn’t sure what for.

The first time I ever had to look for my voice I was nine years old. An older boy at church, who was supposed to be babysitting me, pinned me into a couch with his untethered rage and choked my underwear’s throat with his large wet hands. I was too young to understand what the pain was either of us were experiencing when he did this, so I turned feelings of fear and anger into shame and suffocating love for the boy. I decided that it was my body: budding breasts and gap-toothed vagina that made me vulnerable and deserving of the violence that was being inflicted upon me, not the boy’s body, anger, or entitlement to me. The abuse continued for three years. I think the day on the couch, the first day I ever felt silenced, was the beginning of me finding my voice. I fell asleep every night that year running my tongue along my gum-line, prodding my body with my fingers beneath my underwear, searching for something missing. What surprised me, however, was that the missing thing seemed to come to me as violently and urgently as that boy did inside me for the last time when I was twelve.

It occurs to me that a lot of emphasis is put on the idea of finding one’s voice, and I agree that it is crucial for people, especially those who have experienced oppression and violence, to have the platform to write their narrative. It seems that a voice could be defined as just the courage to speak, but in reality I think it is more often the urgency to speak, the necessity to tell. I once had Trauma described to me as the aftershock of violence, but I think it is more like a slow bruise. I don’t know if I ever ‘Found’ my voice. Perhaps it came, too, like a slow bruise in the back of my throat, eventually masking my whole insides, until it had to be pulled out, at once from my body, like my mother’s tampon. Otherwise the grief would have stayed inside making me sick.

Against the brick astronomy building at summer camp Brianna ran her hands through my hair. She giggled, “What do you want me to call you?”

I thought of my mother, one foot on the bathtub’s lip, pulling a tampon out of the gap in her. All that emptiness and death flooding out onto her thighs. I think of the boy, springing his dick out of his pants and running it down the patch of peach fuzz between my belly button and pubic hair. A small mucus-y path trailing behind it like a slug’s shadow.

I realized that often finding a voice will not save you in the moment, but it did change my capacity to emote love toward myself afterwards. It allowed me to feel love and rage at the same time, to be alive and grieve. I didn’t have to decide to be just one thing, or just two things. I am a multitude of things. My voice is the force that refuses to limit this body to a single experience.

My family takes a vacation every year to the beach. At night sometimes, especially underneath a full, powerful moon, the ocean can be awe inspiring, gorgeous, and terrifying.

Emily Falkowski is a nineteen year old poet from Connecticut, where she studies painting at her local college. She also coaches Brave New Voices Connecticut slam poetry team, and has competed nationally at slam poetry competitions over the past three years. Her dream is to one day be a published novelist, and she is currently working on a series of autobiographical pieces of flash fiction. 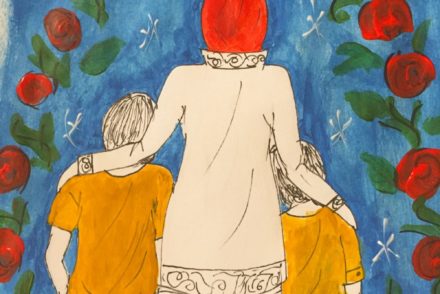 In Trump’s Tomorrow, A Muslim Mother Confronts Her Past 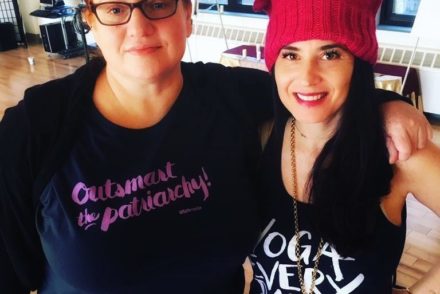