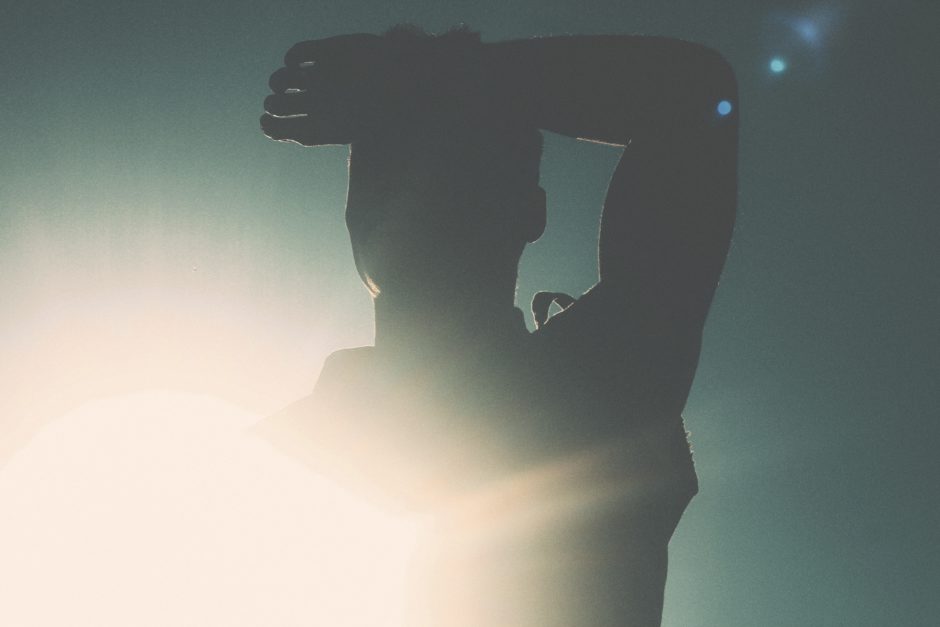 I am looking for my sister.

They say grief is a bottomless pit but that doesn’t mean you are always falling down into it.  Other activities are possible.  You can toddle around the perimeter, peering down into it.  You can hang off a ledge, partway down, and take in some of the sights.  You can just generally pretend, sometimes, that you are moving intentionally.

The next day you may find yourself in a free-fall again, but at least you’ve had that little other experience, where it seemed more like an exercise in free will.

I am looking for my sister everywhere.  If I look for her, seek her out, then seeing her can’t take me by surprise, or so goes my crafty thinking.

“I’ll be a bird for you,” she said, right before she died, to our mother. Really, it was a kindness to my mother, who badly needed a rope tossed her way in that still, sacred moment right before the big wave crashed.  My sister could not have chosen a better totem, neither for its resonance with my mother, who’s very tuned in to birds, nor for its plain availability. Who goes a day without seeing a bird? Every time you turn your head: there’s a bird!  There she is! Oh, so sorry, were you not at that moment wanting to fall down a hole?  Yeah, well–here’s your bird.

No birds in the grocery store.  Safe in there.  Except up the produce aisle comes a person who has not heard, somehow, after all this time, and who booms out his question: “is your crazy sister still riding horses?”  He turns to his friend.  “Endurance rider!  A hundred miles—OUCH, right? Ha, Ha.  Ha.” And I just have to pretend the broccoli is birds until that little humorous moment blows past, and then feel bad—for some reason I must feel bad—when I have to break the news that she is possibly still riding horses, depending on your belief system; most days I hope so and some days I am full of doubt.

I am looking for my sister everywhere. I don’t want to talk about it (can’t you tell? Have I not made that clear?) but like an incumbent senator, I can work any question around to where she is the answer.  Housing crisis?  The Middle East? You want a thousand words on motherhood? Thank you for asking about my sister.

Our middle sister was the first of the three of us to have a baby. In a statement that would come to echo down through time, my older sister remarked, when our little nephew was about 8 months old, that his mother was too attached to him.  “You need to get out of the house, leave him with others more.  You’re losing your self.”

Her only child was born three years later. I think her husband drove us to Beth Israel, with my dad riding shotgun, but maybe it was the other way around.  I know my mother and I were in the back, stuffed under my sister, who was beset by back labor, perched on all fours across our laps and bellowing–and yet somehow, in the front, over the din, the men are talking sports, as I recall, or was it the stock market? At a red light on Houston Street, between Broadway and Lafayette, or possibly a block or two farther east, a cabby tooted his horn, motioning for the window.  He directed his comments to the men.  “Your wife,” he said, gesturing toward the ladies’ section of the vehicle with his thumb.  “She needs air.”  Polite but impatient brush-offs from our front seat, where the fellas would like to get back to their talk of the Dow Jones.  “Buddy,” insisted the cab driver, “I’ve got five kids”–(maybe he said six)—“Trust me, she needs a window cracked.”  Our menfolk smile, exchange a little eye rolling, wave the guy on with a “thanks, we’re fine.”  And then they dare to close the window.  “OPEN THAT WINDOW,” came the voice of Nosferatu, through my sister. “DO NOT DARE CLOSE IT. GETYOURHANDOFFTHEBUTTONLEAVEITOPEN. OH.  MY.  GOD,” which I am sure the cabby heard.  In fact you may have heard it, even if you were in New Jersey at the time.  Now you know who it was.

At the hospital I ended up on the bed with her, and though she scratched me to ribbons, bruised me all over, possibly bit my shoulder–it’s all kind of a blur now–it was bliss.  She was basically sitting in my lap when she gave birth.  I can tell that boy, ‘I was there when you were born,’ and really, really mean it. We saw him at the same time.  People warned me that being there would scare me off having children but I witnessed the unthinkable and saw her survive it.  She showed me what no birthing book or video could have conveyed: I could survive it, too.

On that May night, after she did or did not bite me–and really, who’s to say now how many kids the cab driver had, if we were west or east of Bowery, or if she truly bit me? Only she and I would remember that kind of detail, and she is not exactly pulling her side of that wagon right at this moment, so it’s my story now, and I say she bit me—anyway, after that was done with, my sister embarked on a path of attachment parenting that obliterated all previous records established in modern North America.

Then I had a baby.

I am the little sister, hustling perpetually 6 or 7 years behind the other two, who were born just a year apart. “The Girls and Janet.”  So there has never been a choice or a mistake I could make that didn’t have some kind of precedent.  And she made it clear that she expected me to learn from her experience.  I used to think we’d be 90 and 97, and she would be saying “do you know how to put your dentures in properly?  You don’t, do you?” but of course that is not going to happen now.  Not like I pictured.

So there I was with my little baby, finding my way as her mother. This sister had moved to my small town by then, with her two year old son, a Botticelli angel in cowboy boots, nursing and riding in a sling.

“Are you going to be a marsupial, like your sister?” a patrician and severe acquaintance of my parents’ remarked rather famously to me, when I arrived at a party holding my newborn daughter. Even as my sister said, “my way is THE way,” I imagined I heard other messages from the very trees on the side of the road: ‘Put that baby down, she better put that baby down, God, I hope THIS one learns to put her baby down.’

I wasn’t looking for my sister then.  She was everywhere I turned, and if I was looking for anything, it was for some place she wasn’t. “Hey, how’s your crazy sister—that kid still riding around in a sling?  What’s he, 12 now?  Ha, Ha.”

There’s only so far I can go into the facts here, or into their meaning, only so much I am willing to reveal of myself, or others, and to myself (or others).  The parts I know as my story pull on parts that also belong to other people, people I would lay down my life to protect.

But I don’t always have to hold, or tell, the whole truth to be holding (or telling) something true. I can find my sister in my awareness that I could give my days and my heart over entirely to my babies, could recognize the growling, voracious love roiling up in me and surrender to its force.  It’s a powerful lesson, with broad applications.  Sometimes you have to pluck your fingers from the ledge and let the free fall take you.

The other day, I watched a girl I am fond of sink 14 baskets in one game, all her worry and love for her ailing father as evident as a big neon sign over her head flashing “get out of my way; this one’s for DADDY.”  I don’t climb mountains or ride horse marathons or make paintings rich with symbolism that I can dedicate to my sister’s memory. I wish I could find a method that was less revealing, but bush-whacking my way through this crap with words is the only tool I have so far discovered.

Thank you for asking about my sister.  I’m looking for her. And I don’t want to talk about it.

Janet Reich Elsbach lives in rural Western Massachusetts, where she spends a disproportionate amount of time thinking about what she will feed her family for dinner; she records these thoughts on no particular schedule on the blog, A Raisin & A Porpoise. The rest of the time, she is teaching writing (to adults with disabilities, and to high school students) or tilting at windmills. 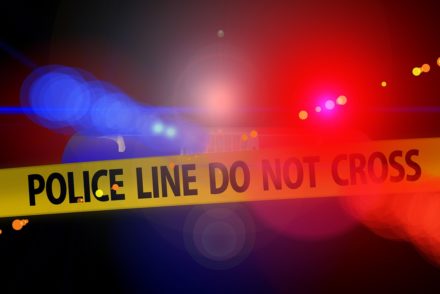 There Is No Story Until It Happens To You 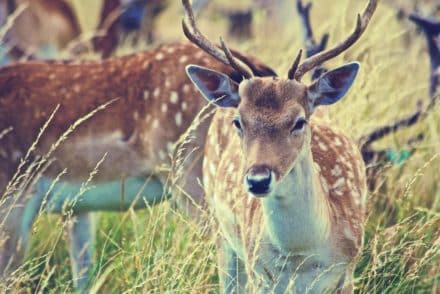 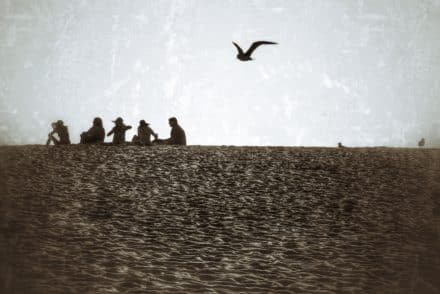