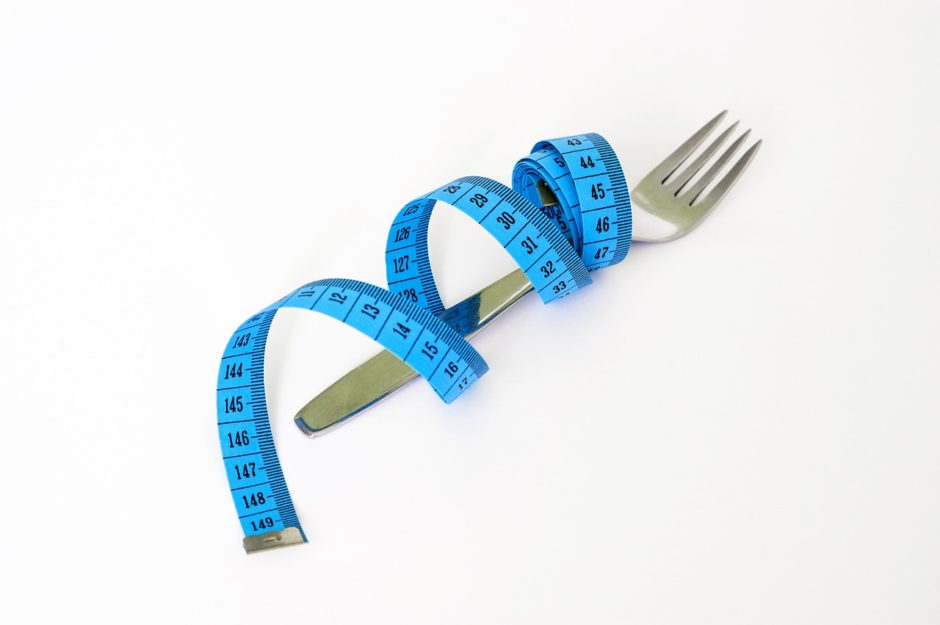 A week prior to my father’s arrival for his annual ten day visit, I am stricken by a plague of hyperawareness about my shape, and as much as I long to see him, I fear judgments to come. On the day of his arrival I am bloated with turmoil while I drive to pick him up from the airport. I have failed to reach his weight expectations, and a glance at my belly hanging over my seatbelt distracts me. At 44 years old, his approval of me maintains its pricelessness, and bearing extra weight is the same as presenting him with a subpar report card. To discern which way best hides my shame, I alternate pulling my shirt down, then rolling it up while I wait for him to exit the terminal. He struts out the door all swagger and smile while I suck in my gut until spleen hits spine. He scans me from afar, leering at my midsection, and I feel objectified.

My kiss on his cheek is a lone dividend of a childhood marred by paternal detachment, and I am grateful for it. When he pulls back to assess me, I cover my midsection with his carry on, and wonder how much baggage he brought with him this year. Body weight has become his obsession in recent years, but the central focus is my weight, not his own. He executes scrutiny the way narcissistic parents do, baking criticism within supportive suggestions, and belching health warnings to induce fear. On the ride back to my home, I try to update him about my kids, career, and impending nuptials, but zone out to complaints about his wife and professed love of his dogs. The conversation takes its inevitable turn towards all things gastronomic, and his saltiness seasons our dialogue at random intervals for the ensuing ten days.

“I know, Dad, I have gotten bigger since last year; probably those Fitzgerald genes you always warn me about.”

He has no idea how much less of me there could be by the time he departs.

“No, Dad I have not told my son to cut the carbs. He’s only twelve-years old. Please don’t mention his weight to him.”

I recount how many times in the past year I denied my son a second slice of pizza, and consider slamming my car into a divider at the memory of restricting my child’s caloric intake as a preemptive strike against his grandfather’s critique. Then he reminds me why his own eating habits are beyond reproach.

“Yes, Dad, I know Synthroid allows you to eat whatever you want, but you always told me body weight is more about health.”

Mixed messages have long been a staple of what he has fed me, and I listen until he points out my “back fat.” It is the first time I have ever heard the phrase, and I fear what other weaponry will be utilized during countless interactions centered on food and fat. I need only wait until the following morning.

“I’m having a slice of twelve grain bread with peanut butter for breakfast, Dad. Would you like a slice?”

I waited a full night to reveal the healthy bread of which I hope he approves. While I spread a carefully measured teaspoon of peanut butter, he eschews my offer and asks if the local bagel shop carries Taylor Ham, a New Jersey staple unavailable to him in Arizona. He drives a half mile to the shop, while I plan a walking route the length of which will be cut short by my lungs’ inability to tolerate humidity.

When I return from my walk, tired, overheated, and hungry, he waves at me a grease-stained sack of sliders and fries from a fast food chain unavailable to him in Tucson. While he equates finding a stray onion ring among the fries to hitting a lottery, I speculate the ulterior motive behind his visits is regional culinary indulgences. I make it a point to eat my protein bar where he can see me, and weather the blow of his observance of its high sugar content. I am reminded of how hard it is to curry favorable reviews with some critics, and I try again another time.

“I’m having Chinese food for dinner, Dad; probably steamed broccoli with brown rice. Can I order something for you?”

He requests egg drop soup, fried dumplings, and chicken with black bean sauce. As I head out to pick the food up, he notes the horizontal stripes on my shirt give the perception of a more rotund stomach. I cower to my bedroom and change into the most slimming black t-shirt I can find while he jokes he might be too forward in his commentary. During dinner he offers dumplings and black bean sauce. Though seduced by the scent, I refrain in a show of fortitude. While he reminds me it is polite of him to offer, I suspect it is a calorie trap in which he hopes to snag me.

Hoping to win a small victory, I grab a green apple for dessert, and take the initial bite in his field of vision.

I hoped it possible father and son could bond over apples, but division in his standard further widened when he grabbed a rich Magnum ice cream bar from the freezer. He made it known his stash was not private by dangling it in front of me the way carrots are dangled in front of mules, and when I decline he again assures me good manners are his sole intention.

At night my stomach growls and the amount of time separating me from breakfast lowers my mood. Hoping to avoid his scrutiny, I grab a bag of low fat popcorn from my pantry and return to my living room, felling the impact of his stare hitting my bowl. He feeds me his prepared statement.

“Yes, Dad, I know late calories turn to fat. It’s only low fat popcorn. Would you like some?”

I am often pursued by zombies in my dreams, and am certain all 49 calories in my serving of popcorn will burn as much as my cheeks do when he tells me he will polish off days old Chinese leftovers as his nighttime snack. I refuse his polite third offer and imagine a cock crowing at my politeness denying trilogy.

In subsequent days I witness his consumption of fried Zeppole from a local Italian church festival, pounds of pasta drowned in white clam sauce, and bags of kettle cooked chips stored in his bedroom to satiate midnight cravings. He provides me with sporadic reminders his age and status as a vacationing retiree gives him license to ingest as many calories as his elastic waist shorts will allow. When he sees my son, I pray he abstains from weight comments to his grandson, and misinterpret the meaning of his proclamation my son has “gotten big.”

At the end of his visit I assure him I will work hard, and will not be tripped up by indulgence at the holidays. It dawns on me I could meet him head on, and call him out on his hypocrisy and his crass comments, but to do so risks pushing him away, and his distance saddens me more than does his closeness. We run errands together for staples with which he can return to Arizona, and I make another promise to my Dad in hopes of remaining in his good graces.

“Yes, Dad, I’ll Fed Ex the stuffed peppers and mozzarella as soon as possible. Sure, I can find jarred onions too.”

He ribs me about avoiding temptation to eat any of his goodies while I fantasize a rebellious indulgence of Snickers bars and regular Coke the moment he leaves. The next day we return to the airport where I hug him goodbye and miss him the minute he turns to walk away, knowing I missed him throughout the entirety of his visit.

On my ride home I strategize ways to drop jean sizes before the following year. I am convinced I have survived his visit, but future bites of food conjure comments and critiques from my Dad who loves me the best way he knows how. Though I fear perceived failure when he returns, his potential approval puts me on a diet any success of which will be more for his praise than my health, but there is no success. If I am fat when he arrives, he will warn me of the dangers. If I am thin, he will remind me potential rebound looms. Regardless of my weight, I will remain a starved child in a grown man’s body. 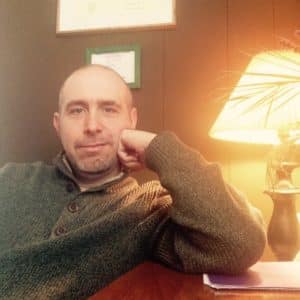 Vincent J. Fitzgerald is a writer and therapist born and raised in Jersey City, NJ. His work has appeared in Longridge Review, Missing Slate, and Dads Behaving Dadly 2 among others, and often reflects the importance of recognizing and changing negative generational patterns. “I am convinced writing is therapy, and often encourage my clients to explore their personal narratives.” Vincent earned Bachelors degrees in Psychology and English from New Jersey City University and a Masters degree in Social Work from Fordham University. He is in the process of becoming a Licensed Clinical Social Worker (LCSW), and is soon to be married to his love, Gemma, without whom his growth would not have occurred. Follow him on Twitter at @scribetherapist, and Facebook at Vincent John Fitzgerald (Scribe Therapist). 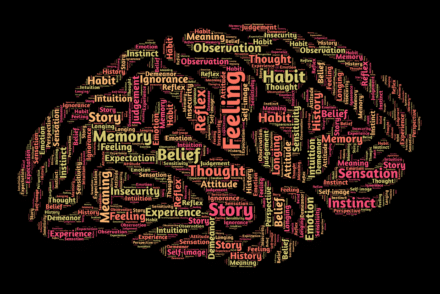 Are You Willing To Be Attentive?