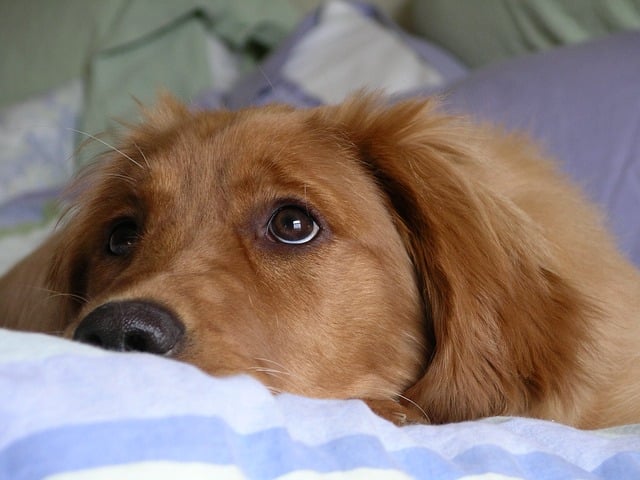 “Whatever you do, try to keep Mabel off of the furniture at the hospice.  We are struggling with that at home so we need to be consistent everywhere she goes,” my brother says on a rainy, matte gray Friday when he stops by my house to hand off the puppy he is raising for the Guide Dog Foundation.  Mabel bounces toward me all paws and wagging tail, an evangelist of joy wrapped up in fur, spreading her own sunshine on this gloomy morning.

Mabel is a 3-month old Golden Retriever/Labrador mix with a coat the color and feel of corn silk. During the next year or so that she will live with my brother’s family, Mabel will go everywhere they go – supermarkets, restaurants, theatre, sporting events, even airplanes.  Their goal is to make sure that she has good house manners and is comfortable in any social situation before she returns to the Guide Dog Foundation for intensive job-specific training.

I need to reinforce the behaviors that my brother’s family instills in Mabel and I take the responsibility seriously.  I do not want to be the reason she struggles with, or falls behind in, her training, so I thank my brother for the tip and lift Mabel into my car.

As often as possible, I take Mabel with me to my regular Friday morning volunteer hospice shift.  It is good practice for her and I have seen over and over again how dogs – puppies in particular – can convert an otherwise somber and frightening place to one filled with happiness and smiles.  After ten years of volunteering I still get nervous before I walk into the hospice for my shift but Mabel bolsters my confidence with her contagious jubilance.  I am happy to follow her lead.

On this Friday, we are barely in the lobby when the hospice doctor spots us, drops to his knees and calls Mabel’s name.  I know I should hold her back to enforce the message that she is currently working as a guide-dog-in-training.  The large blue letters on her yellow cloth vest say as much.  But I let go of the leash and let her run to him.  I cannot resist the opportunity to witness – and even cause – the joy Mabel brings to the doctor who, as he envelops Mabel in a body hug and breathes in her puppy scented comfort, looks up with teary eyes and tells me Mabel is the perfect medicine for him as he just pronounced dead the patient in room three.  Other staff members gather round to greet us, but I know by the way they are only looking at Mabel that she is the one they all want.

At the hospice in-patient-unit death is a way of life that I have come to accept.  As a doctor, nurse or volunteer, the focus is on how patients want to live out their final days, making them as comfortable – or on a good day, as happy – as possible.  But in the short, intense time we spend with patients we come to know and care about them, which sometimes makes the inevitable loss difficult to bear.

As the doctor stands and releases Mabel a nurse approaches me and says, “Devra, I have a patient in room seven who heard that there is a dog here and asked if he could have a visit.  He just arrived last night and has been very anxious.  Maybe the dog will calm him down.”

I put my bags under the desk and glance at the census.  The patient in room seven is Charles Boone.  He has cancer of the esophagus.  I see that his mother is listed as next-of-kin and, at 47, he is the same age as my younger brother.  This last fact sucker punches me so I pause to take in a little extra air before I pick up Mabel’s leash and tell her to ‘come’.

Mabel heels like a champion as I walk her into room seven.  She sits down next to me with her head high, while I do a quick assessment.  Mr. Boone might be 47 but his cancer makes him look about fifteen years older.  He is sitting up in bed with his arms by his side.  His skin tone is slightly yellow and I make a mental note to tell the nurse that the muscles in his jaw are clenched and twitching as though he is bracing himself against severe pain. When he sees Mabel he picks his head up off the pillow and slowly lifts his left hand as though he wants to wave, but he winces and lowers his hand back down.  He does not have a breakfast tray which means that he is no longer able to eat.

“Good morning, Mr. Boone,” I say, smiling and trying my best to push down the mass of sadness in my throat.  “I am Devra, the Friday morning volunteer, and this is Mabel.”  I am not sure if Mr. Boone can see Mabel’s vest so I add, “She’s training to be a guide dog.”

“Hi Mabel,” Mr. Boone.  And with his eyes fixed on the dog sitting at the side of the bed looking up at him, Mr. Boone says, “I love dogs.  I used to have two Rottweilers.  They were brothers. People think they are dangerous and prone to violence but mine were calm and loving.  They lived a long time and both died last year.  I really miss them.  Gosh I miss them so much.  Wow.  Mabel is beautiful.”  His sentences rush out as though he was holding his breath before we walked into the room.

“Yes, she is,” I say, petting her head to reassure myself and Mabel that there is nothing to be afraid of here.

Mr. Boone puts his head back on the pillow and looks up at me for the first time.  “May I pet her?”

“Of course,” I say, and I tug on Mabel’s leash to inch her as close as I can to Mr. Boone’s bedside.  I am waiting for him to make a move but he just watches.

In that moment I realize I have a decision to make.  Less than an hour ago my brother asked me to keep Mabel off of the furniture. I made a commitment to follow the rules of training a guide dog puppy but I start to rationalize that Mabel is young and will have plenty of time to recover from one indiscretion.  How can I deny this simple request from a man who is so close to dying?

With my brother’s words echoing in my head I reach down and pick up Mabel, place her on the bed and ask her to ‘sit’ next to Mr. Boone so he can easily reach her.  Mr. Boone takes Mabel’s leash in one hand then grimaces as he lifts his other hand to Mabel’s nose.  He lets Mabel sniff for a few seconds before he starts to pet her.

“Hi Mabel.  Gosh you are soft and such a pretty girl,” Mr. Boone says, his words coming out slower now.  He starts scratching, first on the top of Mabel’s head then underneath her chin like he is looking for the sweet spot that he knows all dogs have.  Mr. Boone must have found it because Mabel is surrendering to his touch, leaning into his hand as her head drops to the bed.  Mr. Boone is now smiling and talking to Mabel in a low, rhythmic voice that must be hypnotizing both of them because they each have their eyes half-closed.  I watch and listen silently for another minute until I see Mr. Boone’s petting hand slow down and hear his breaths deepen.  He seems to be asleep.

“Come on, Mabel,” I whisper as I lift her off the bed and place her on the floor.  “Let’s let Mr. Boone rest.”

“I guess I am tired,” Mr. Boone whispers, eyes still closed, as he lets go of Mabel’s leash.  “Thank you so much for coming in, Mabel.  And thank you, Devra.  I thought I would never get to pet a dog again.  You have made me so happy.”

“It was our pleasure, Mr. Boone,” I say, taking hold of his hand for a moment before I lead Mabel out of the room.

At the end of my shift, Mabel and I go back to room seven to say goodbye to Mr. Boone but I can tell from his slow, steady breathing that he is napping.  We stop at the foot of his bed and Mabel, without me having to ask, sits down.  Mabel holds her head up high and her wagging tail swishes silently back and forth on the floor.  I am looking at her and she is looking at Mr. Boone, both of us proud of the work we did today.

Devra Fishman is a happily married writer, hospice volunteer, Auntie Mame to six and occasional mahjong player. She especially likes to write about being a hospice volunteer and is currently working on a full-length memoir about the beautiful transformational friendship she shared with her college roommate who died from breast cancer way too soon. 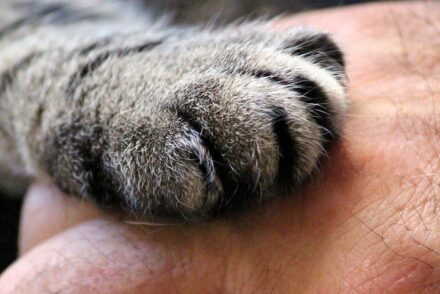 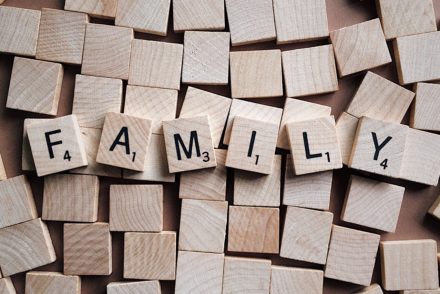