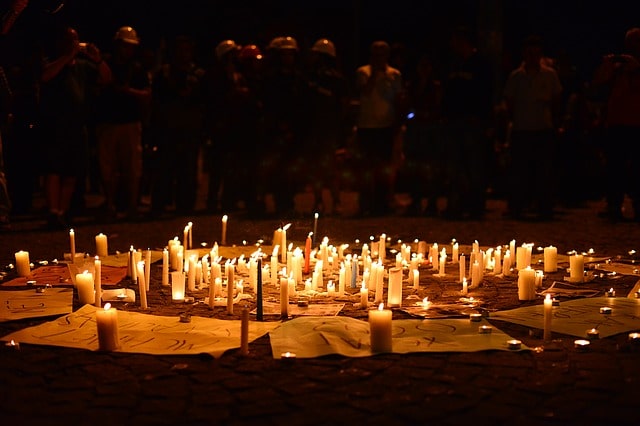 The thing with Trump is that it’s not just him. It’s all of his followers. It’s the white asshole in the coffeeshop droning on about how it’s a revolution, about how he’s happy to be on top again, how women and minorities can just suck it. It’s the jerks in the jacked-up pickup trucks on the interstate here in southeastern Ohio, emboldened now, driving recklessly and with cruel abandon. It’s the endless commenters on CNN stories who hate and cut down and bully. The sexist, racist, xenophobic abusers are everywhere. And each one I see is a flashback, a reminder of physical and psychological danger. I need to do whatever necessary to survive. I know I need to fight, to stand up to tyranny. I know that politics are not the same thing as the family. But I need to also give myself permission to feel afraid, to grant that I have to build up my strength if I’m going to do any fighting at all.

I’ve been living with a constant level of anxiety since the election. I am stymied. I am scared. And it makes it difficult to take action. It doesn’t mean that I will never take action. It just means that I’ll take action when I am able and strong enough. And in the meantime I will do what I can to protect my strength and stability. I will cuddle with my dog. I will write and read and teach, because these are the steadying features of my life. Those are the things that will give me any space at all from which to speak. I am still shell-shocked and traumatized, and I am responding slowly and in blurred ways. It’s going to be a little while before I can take anything that looks, outwardly, like consistent political action.

We’ve all been abused for the last year by Trump and his followers, and we will continue to be abused. We need to grant that psychological reality, first. And just like there are different ways that people respond to abuse on playgrounds and in families and on the street, there are different ways that we respond to this abuse from the president-elect and the people who voted for him. And the thing is, Trump knows that he’s used this as a tactic. He knows very well that he’s been abusing us. All you have to do is watch an episode of Celebrity Apprentice to see his undercutting, cruel tactics. You can see the same cruelty in the way that his followers criticize people on the left, with their suck-it-up-buttercup, cupcake, special snowflake discourse. This is the language of bullies. This is the language of someone on the edge of a playground who waits for you to pass and starts shouting shit.

Not all of us can stand up to that bully with fists flying. Not all of us are big enough or strong enough or of that kind of mind. Some of us run. Some of us hide. Some of us become writers and readers. We learn other survival strategies. We’re not all the kinds who will knock someone out. That doesn’t mean we won’t fight. It just means that it might take us longer to fight. We might fight more surreptitiously. We might look for holes and secret spaces and tunnels. We might have roundabout, indirect responses. We might do things that don’t seem, at first, like fighting. But we’re doing what we can. We’re protecting ourselves. We’re watching out for others. We’re waiting. We’re retreating, but only so that we can emerge somewhere else.

Maybe we’re professors talking with our students. Maybe we’re thinkers and wanderers. Maybe we’re not sure what to do. It’s not that we’ll do nothing, but we understand that watching the snowfall might be an act of political rebellion, in its own quiet, withdrawn way. We know that we need to hike in the woods behind our house, because the oaks and maples and deer will speak to us, give us advice and solace and comfort. We know that we need to wake up at 3 a.m. and read a book, and make lists, and look at the bright moonlight coming from the west. We know that we need to clean the house and do the laundry. That we need to be cheerful for our daughters. These everyday activities might not seem political, but they are. They keep us strong. They give us a sense of sanity and purpose.

Not everything political is a protest. Not everything political requires a sign held up for cameras. Not everything political is a phone call or a signature on a petition, as important as those are. Sometimes, crying on the futon and burying your face in your dog’s fur is political, such as it is. Sometimes, that’s all you’re able to do. And maybe the next day, you call a woman’s shelter and ask about giving a writing workshop there. Maybe you donate some money to United Way. Maybe you just notice the thin rim of pink on the early morning horizon, and that gives you the hope you need to take a shower and get dressed and show up for your class on time, because that’s what you do, that’s what you have to do. You have to show up. You have to teach your class. You have to do the small activities of daily living. And maybe those small activities turn into something bigger. Maybe, on the whole, they are this: not giving up.

There’s a lot of infighting among progressive circles right now. A lot of judgment and anger. But this fighting amongst ourselves is not going to get us anywhere. We’re replicating the bullying of right in our own camps, and it isn’t going to work.

Political response is also psychological response. And I know that if I’m going to be useful and progressive at all, it’s going to be in the limited way that my psychological make-up allows me to be. There’s this tendency in some progressive circles that expects all of us to rise up and start shouting, and if we’re not shouting loudly enough, we clearly aren’t progressive. I think we need to be more compassionate and understanding and complex than that. I think we need to see that there are different ways of fighting, and that sometimes quiet resistance is one of those ways.

The thing is, my father was a Holocaust survivor, and some of what I learned about protecting myself mirrors strategies that he himself learned as a child hiding from soldiers in Budapest. I’ve always wondered how I would have acted as Hitler came into power. I’ve thought about my father’s family and their response. I’ve wondered at the trauma, the forged documents, the attempts to simply survive, however possible, in displacement. And now that I have the chance to find out, I am starting to understand what it means to be paralyzed by fear and anxiety. This, then, is how I would have responded. This is how I’m responding. Ironically, my father reenacted the trauma of his childhood in our own household, and his tyranny taught me that sometimes all you can do is lie low.

So here I am, on a cold morning in November, looking out at the season’s first snow dusting the spruce tree out my window, and I’m wondering what to do. Eventually, I will take action. This essay itself, after all, is a kind of action. And perhaps, in the end, writing is all I know. This is a space I’m creating. And whether it looks like it or not, this is fighting. I’m standing up for myself and my family and my country and democracy and decency in the only way I know how, by drawing a line around my own sanity and not allowing anyone to cross it. I’m standing up for my own ability to criticize and speak and write.

Vivian Wagner is an associate professor of English at Muskingum University in New Concord, Ohio. Her work has appeared in McSweeney’s Internet Tendency, Creative Nonfiction, The Atlantic, The Ilanot Review, Silk Road Review, Zone 3, and other publications. She is also the author of a memoir, Fiddle: One Woman, Four Strings, and 8,000 Miles of Music (Citadel-Kensington) and a poetry chapbook, The Village (forthcoming from Aldrich Press). She can be found on Twitter as @vwagner. 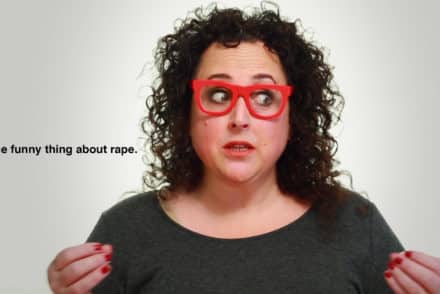 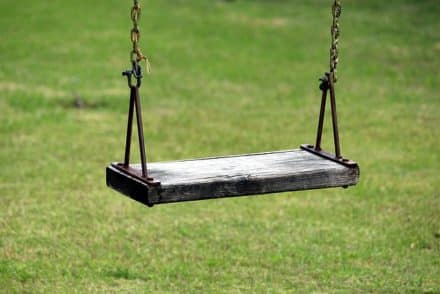 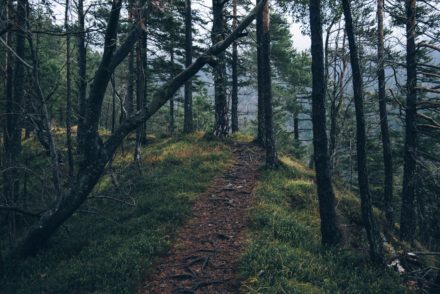 Voices of Our Ancestors.