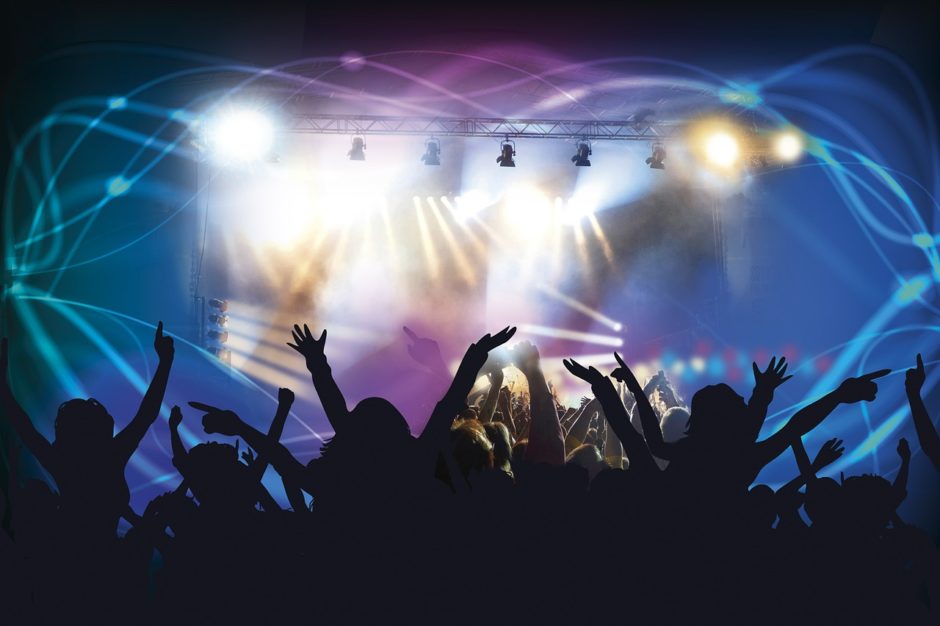 The opening act is made up of a motley assortment of pretty girls in glasses, tall skinny boys with ponytails, and short chubby boys with bad haircuts. My friend Jennifer and I joke that they look like they met at math camp. There seems to be an excess of both bodies and instruments on stage, which furthers the summer camp talent-show vibe. When they close out their set, Jennifer and I pry ourselves off the flocked-wallpaper we’ve been leaning on, toss out our drink cups, and worm our way toward center-stage, landing in what would be about the fourth row, if there were rows of chairs instead of a wide-open floor space.

Onstage, technicians uncoil cords, test microphones, pluck guitar strings. When I had worried about being too old to attend this concert, in a city an hour away from home, on a work night, I reminded myself that Richard Butler, the lead singer of The Psychedelic Furs is much older than I. Looking around, I see that most of the people crowding around us are closer to his age than mine. Directly ahead of us, a man and woman, both with gray hair, stand up against the stage. I try to edge away from the couple standing too close to me, also late middle-aged, he standing behind her with his hands in her pockets.

The guy standing on the other side of Jennifer turns to us and shouts, “Are you guys huge Psychedelic Furs fans?” I don’t know how to answer that question. Obviously I’m not a huge fan; I had no idea the Furs, one of my all-time favorite bands, were together still (or again) until I saw the concert advertised  on a marquee a few weeks ago. Unlike my sister, who used to rank bands, band members, solo musicians, songs, and albums in top-twenty lists, I’ve always had three categories of music: 1) music I like well enough to not change the station when it comes on, 2) music I like enough to buy the album, 3) everything else. The Psychedelic Furs technically fall into the “music I like enough to buy the album” category, yet even during what might be considered the height of my fandom––somewhere around 1989––I only owned two of their tapes and never went to see them live.

After I saw the marquee, I dug those two tapes––Mirror Moves and All of this and Nothing––out of a box in the basement and played them on my son’s boom box, the only working tape player we own. After fourteen years of yielding the musical space to other people’s taste—from the lullaby CDs I used to play in a vain attempt to get my oldest son to sleep to his current obsession with 80s hard rock—I hardly know what I like anymore. Yet from the first insistent drum beats and guitar strains of “President Gas,” I was back in my cold basement-corner teenage bedroom, listening to what I wanted, when I wanted, on my old record-and-cassette-player combo.

The lights lower and the band comes out onstage. I have a decent view through the gap between two tall guys standing in front of me. The band members look good, but not in a Mick-Jagger-plastic-surgery kind of way. Richard Butler, dressed in a black three-piece suit with a pinstriped scarf folded at his neck, moves theatrically as he sings, his face expressive, his hands gesturing with the words, picking up the microphone out of its stand and crouching down to interact with the front row of the audience, draping his arm over the shoulders of other members of the band. The sharp angularity of his face has softened and he wears big, black-framed glasses. His hair is cut close to his head, no longer the shaggy, punk mane. The bass player, Richard’s brother Tim, the only other remaining member of the original 1977 band, wears dark sunglasses and a black-and-white polka dot shirt under a black band jacket. He has also undergone the same softening around the cheekbones. The saxophone player and drummer, both dating from the 1986 “Pretty in Pink” era, also look like healthy fifty-somethings, not old men preserved by Botox, trying to be teenagers, nor burnt out old rockers pickled by hard living. A woman with long, silver hair and a short silver dress plays keyboard. Most of the bands in my “like well enough to buy the album category” are made up entirely of men; the woman at the keyboard helps assuage some of my feminist guilt over my musical misogyny.

The guitarist is a new addition to the band. He appears carefully chosen—young, but not too young (a healthy forty-ish, like me), with just a hint of the band’s punk rock past. He’s tall and thin, wearing a black shirt and skinny jeans over tan cowboy boots, his hair arranged in an artfully messy style, short in back, long strands trailing over his face. He has my favorite kind of prominent nose and a sharp, protruding Adam’s apple. I feel myself falling a little in love with him, like a fourteen-year-old at her first concert. At the same time, I feel motherly toward him, imagining my own son, a guitarist, onstage some day. I watch his long, slender hands move along the frets of his guitar, trying to determine if the songs he plays would be “interesting” enough for my son, who is partial to Eddie Van Halen’s complicated guitar riffs, to play. I feel a little surge of silly pride knowing that the chrome lever he works on his guitar is called the “whammy bar” and that when his foot presses down on a certain part of the stage he’s working effect pedals––things I learned from my thirteen-year-old kid.

Both Richard and Tim Butler flash large, square teeth when they smile, which they do frequently. I had wondered if the band would be bored to death performing songs they’ve played for thirty years, but all of the band members look like they’re genuinely having a good time. But what about me? Am I having fun? The woman next to me, of the hands-in-pockets couple, encroaches on my space, bumping into me every few seconds. The tall guy in front of me smells like foot powder. The guy who had asked us if we were huge fans, jumps up and down on the other side of Jennifer, pumping his arms in the air and shouting, “Woo! Woo!” I’m leaning on my left leg, bouncing my right knee. I try shifting legs, getting both my hips into the action. I wonder what to do with my hands. I clasp them in front of me, rest them on my hips, put them in my pockets. When I raise them in the air, I get a whiff of my own body odor.

Am I having fun? Perhaps it’s an indication of just how not-fun my life is that I have to ask myself such a question in the midst of a concert of a band I love. At dinner before the concert, Jennifer and I had talked about the people we know with brain tumors. She told me about some of her patients at the clinic—refugees who fled war-ravaged homes, women suffering the long-term effects of genital mutilation. How is it even possible to have fun in a world so riven with pain and tragedy, and is it selfish and unseemly to want to have fun while bearing the knowledge of others’ suffering?

I wonder if I even know how to have fun anymore. I work each day at a job that I do not enjoy. Each evening I go home and battle with my children, making them do things they don’t want to do—eat dinner, do homework, go to bed—and start all over the next morning. Even my hobbies are nerdy pursuits most people would not consider fun—writing, knitting, bird-watching.  They all can be frustrating activities, yet with each I experience moments of exhilaration—a well-turned phrase, two colors of yarn worked into a beautiful pattern, a new species identified. But is the thrill of success after a lot of hard work actually fun, or is fun more the thrill felt when being entertained, like watching an action movie or riding a roller coaster?

A guy in the front row holds up an oversized smart phone, watching the show on its little screen as he records it. At first I scoff at at his inability to enjoy the concert unmediated. But then I sense something familiar in his action; it reminds me of the way I record my children’s lives in words and photos. Perhaps none of us, in our culture, in our world, is capable of having fun anymore—we are so wound up in preserving the moment for future nostalgia that we fail to enjoy it in the now.

The band plays on. My body relaxes into the music. I feel my shoulders and my jaw release their normal clenched positions. My hands figure out how to move as I dance and sing along. I still remember all the words after all these years. I love these songs. I love watching the men onstage sing and play, clearly loving what they’re doing. I love that guitarist with the big nose. I feel good. I’m smiling. It’s official: I’m having fun.

After the last song, we stay on the floor, cheering and screaming for just one more. The guitarist flicks his wrist and something small and bright spins through the air. My reflexes, honed by years of catching cups and silverware and toys thrown and dropped by small children, shoot my hands into space and snag the object out of the air. I open my palm to see a plastic yellow teardrop, with some speedy-looking lines and the words “The Psychedelic Furs” in hot pink running diagonally across it. I turn to Jennifer and shout, “I caught the pick! I’ve never caught anything before.” I turn back to the stage, hoping to catch another glimpse of the guitarist. Maybe he’ll wink, give me a look that tells me he meant for me to catch that pick, but he’s already left the stage. He’s probably on his way back to the hotel to call his wife, Skype his kids. I, too, need to find my way to my car and drive the hour home, get some sleep before crawling out of bed early to make lunches, herd kids onto the bus, dash off to work. Fun’s over.

Andrea Lani writes fiction and nonfiction from her home in central Maine. Her writing has appeared in Snowy Egret, SaltFront, and Brain, Child Magazine, among other publications. She can be found online atwww.remainsofday.blogspot.com. 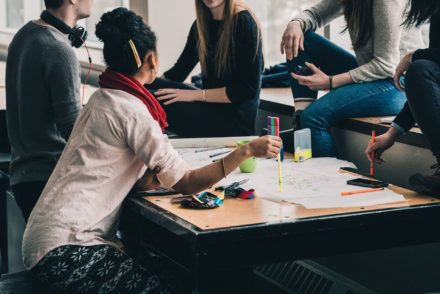 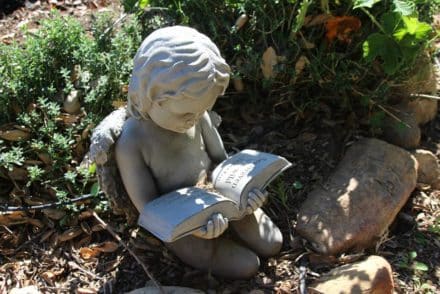 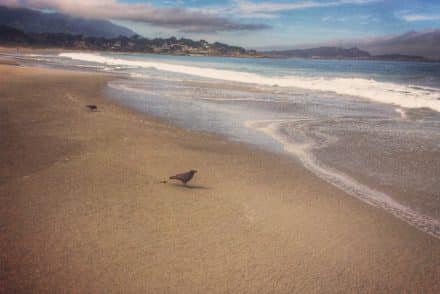 Not A Place On Any Map