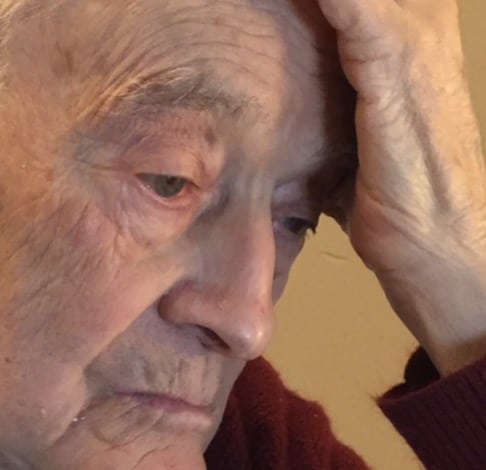 I’ve braced for my father’s death my whole life.

Dad was two decades older than my friends’ fathers. As soon as I could understand mortality and average life expectancy, I counted down the years and milestones I might have left to share with him. I became a child who practised grief.

As a teenager, I snooped through the folds of his wallet to find the neat, white envelope where he kept his nitroglycerin, as though keeping a secret inventory confirming that he had slipped a tiny tablet under his tongue might protect me from shock if his heart gave out. That was the threat in all my worried forecasts; a sudden, massive, lethal myocardial infarction.

There were times I believed I’d arrived at that eventuality, bursting through the backdoor, my bare feet descending two porch steps at a time. I anticipated the snip of pruning shears that would prove to be too much exertion. Yet, Dad’s heart defied my worry. So focused on what may come suddenly, I did not consider that death may slowly claim him, and in minute pieces. There was no rehearsal for dementia.

The progression was as imperceptible as the curve of the earth reaching out toward an obscured horizon. The parade of small losses in accumulation are enough to compress my chest with a weighty grief, yet taken one by one, they were somehow manageable. They nearly passed without remark. Dementia was something of a pickpocket; it stole while my attention was elsewhere.

My family, like others, was caught helpless with our hearts and hopes exposed, and nothing to do but bear witness and endure the reaping. Disease nibbled away at the joys and freedoms that composed Dad’s quality of life; his pleasure at a job completed or a plan conceived, his irrepressible drive, his playful, gregarious manner. Its appetite was fickle, forcing us to constantly adapt around whatever brain function was left intact, before the next pass.

I was not surprised by my father’s physical deterioration- only surprised that I could not chronicle when exactly, it all happened. The man now occupies such a slim fraction of his former self, in body and persona. His condition is the result not only of age and illness, but of an encroaching disengagement from social interaction. It has been heart-wrenching to watch him shrink in all aspects.

Once tanned, plump skin thinned to a pale, semi-translucent crepe, barely able to fulfill its promise to keep fluid in and infection out. The old, football injury, a broken pinky finger never properly set, turned into a gnarled, arthritic, dog-legged knot. The sight of my father’s silhouette propped at his bedside, with stilt-like legs supporting a bony pelvis in sagging, cotton briefs, is nothing short of traumatizing. His body gradually wasted in step with his mind.

Early in his illness, words randomly abandoned this once articulate man. He began to speak more loquaciously, circumambulating evasive nouns, with synonyms and descriptive metaphors. In this way, his speech became flowery and poetic. Though he would not stop trying to communicate, he did eventually release the frustration of missing his mark. Instead, he spoke with eyes alight with hope that we would understand enough of the gist to continue the conversation, and not abandon him too.

Short term memory slipped more and more often, and nostalgia filled in the gaps. Dad told the same ancient stories endlessly just to have something to say. Those neurons that bound his recollections together fired compulsively along with the pain of long-buried traumas, formerly hidden to me. It was unsettling to see him sob inconsolably over eighty-year-old wounds trapped in a hippocampus that could neither process nor divert from them. I would wince when he’d stumble into one of these neurological roundabouts, and I begrudged the hours of tedium and futility in listening to the worn out narratives, the too-familiar, sentimental conclusions and the maddening, pitiful breakdowns that followed.  Out of patience and sufficient empathy to remain fully present, I would let my thoughts wander while patting his hand absent-mindedly. I couldn’t have known I’d soon be wishing he could only reach for connection with coherent conversation or shared memory, however sad or stale.

The naps got longer and more intrusive. They seemed to break only for meals, if that. He sat at the table for hours only picking at his plate with much pleading and coaxing, and spoon-feeding when necessary. The change was alarming as Dad always had a working man’s appreciation for food. I froze in quiet horror when he took a bite out of a paper napkin, before I gently pried it from his grip and picked its fibres from the dried pudding on his lips. He could not always harness the will to swallow those few bites capable of nourishing his wasting body, but instead let a bolus of food sit in a slack cheek or drop onto his plate. A few sips of warm, chocolate meal supplement, fueled no more than stiff shuffles from lift-chair to bed.

“Animals know when it’s their time,” his wisdom haunted me. He had been the one to explain why my childhood pet cat began to refuse food. I entertained guilt-ridden doubts every time I coerced him into a spoonful. I still question if we were denying him some fundamental dignity in forcing him to eat.

I feel the same guilt about the little lies and omissions that arose to keep Dad comfortable, and admittedly, manageable. I know my mother felt it too; she looked ill the day she tied a scarf around her neck and told him she was going to church. It was a half-truth. We left Dad with an older grandchild while we attended my uncle’s funeral, exchanging frequent reassurances that our dishonesty was justifiable. Dementia robbed Dad of his ability to say goodbye to his baby brother, and we were complicit.

All these small indignities run together in a difficult, blurry timeline. However, it’s easy to isolate the afternoon when my father didn’t know me. He mistook me for a personal care worker. It simultaneously amused and shattered me when I had to introduce myself as his daughter, the youngest of six. The news was received like finding a forgotten twenty in the pocket of last winter’s coat. His eyes lit up to hear his life had been so prolific. There was never a day in my memory that I hadn’t craved and chased that light, and I had to feel satisfied that I had elicited it, by whatever means.

How difficult it is to grieve the living.  One series of bad days can be followed by a rally, a reprieve… or days so much worse, they are awash in regret for not recognizing that morning when a last walk outside might have been possible. An easy rule would be to ring each day for its worth, to walk outside every morning, but that is a difficult platitude to follow. We are primed to lean hard into the illusion that there will be more chances. Few of us are not afflicted by this human amnesia, and fewer still can discern which chances should be passed up, when it is time to let them go. This is most painful for caregivers trying to anchor their loved one to the living; the uncertainty of what to release with ample grief and grace, and what to fight, often gracelessly and futilely, to retain.

Dementia is a process of distillation. Dad’s able-bodied and able-minded traits evaporated, leaving a thick, sluggish residue of who he really is. If in that distillate, a chuckle or a glimmer of personality surfaces as proof that he is still here, then I am moved by the privilege of holding hands with a person who has very nearly become pure spirit. It is akin to the sweet awe of cradling a newborn. Those moments are rare and precious. More often, the sacredness of the situation is derived from the love the man has cultivated over a lifetime. The indignity of his condition ebbs enough to be eclipsed by the profound dignity reflected in the adoration his legacy commands, and the gritty tenderness we are able to generate despite our heartbreak. All our capacities for love and compassion have been distilled as well. He has loving company in this refiner’s fire. That is a beautiful, bittersweet finale I never expected. 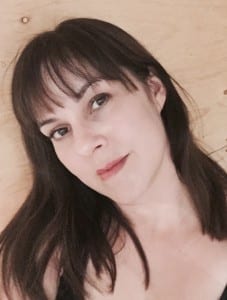 Julie Butler is an artist, a teacher, a public art administrator, a wife, a mother, and student of psychology, of grit and grace. 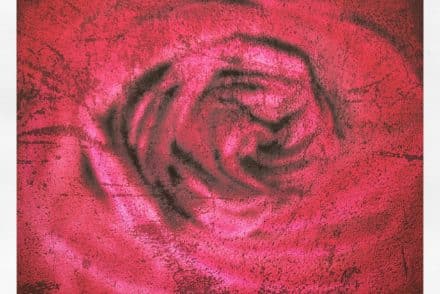 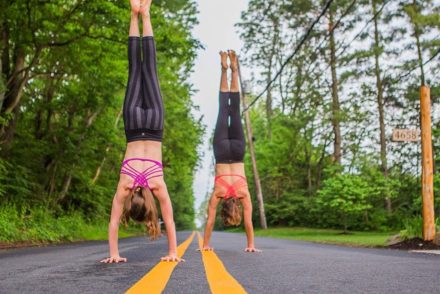 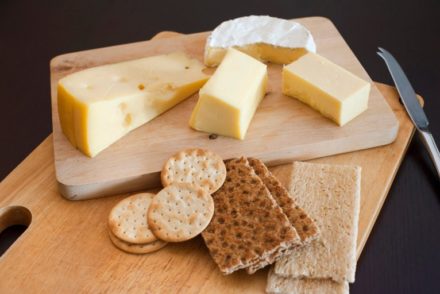